An unceremonious departure nearly four decades ago shouldn't be tainting Keith Hernandez's Cardinals Hall of Fame case. It's time to put him in this year 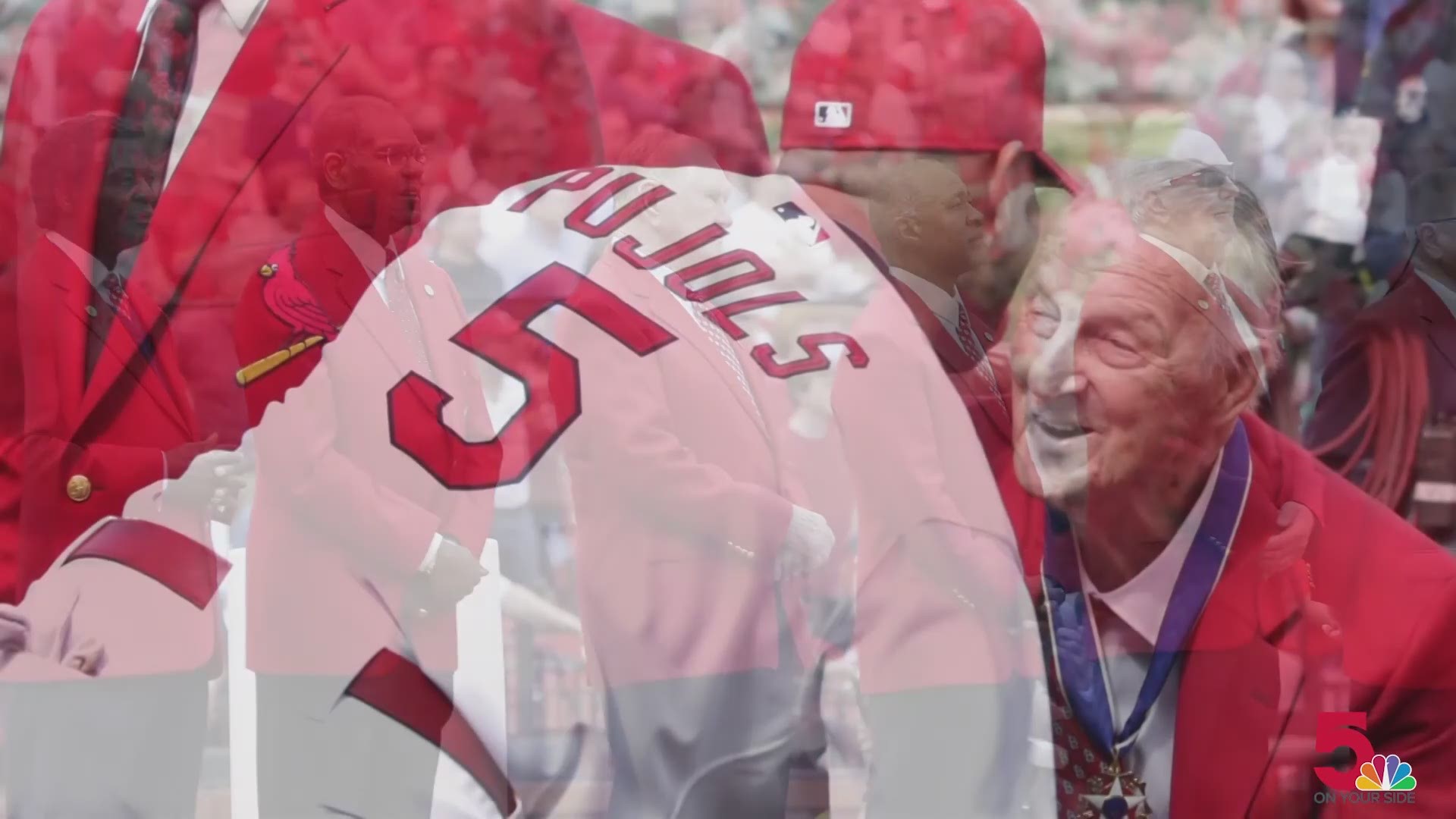 ST. LOUIS — There is certainly no shortage of all-time great players in the storied history of the St. Louis Cardinals.

Heck, the inaugural class of the Cardinals Hall of Fame was 22 guys who were either already in the National Baseball Hall of Fame or had their number retired in St. Louis. Almost no organization can rival that.

But after that inaugural class for the team's Hall of Fame, things started to get more and more interesting every year. Guys like Jim Edmonds, Willie McGee and Ted Simmons got in early in the fan vote. As they should have.

But now we've been electing players into the Cardinals' Hall of Fame since 2014. And somehow there's still one monumental oversight.

Keith Hernandez should have already been in the Cardinals Hall of Fame for years.

Now I'm not here to hock a magic loogie (I hope those reading appreciate that Seinfeld reference) on the careers of guys who have gotten in instead of Hernandez. But whether it be from fans not voting him in, or not even being on the ballot a few of the years, it's pretty absurd Hernandez doesn't already have his red jacket.

So, let's look at his case and why this year should finally be the year.

If not for the 1983 trade to New York for reasons that seem to have had little to do with on-field production, Hernandez would be more of an all-time Cardinal than he already is.

Credit: AP
St. Louis Cardinals' Keith Hernandez is congratulated at the plate by teammates Ozzie Smith, left, and Lonnie Smith after hitting a three-run home run in the second inning of their game with the Cincinnati Reds in St. Louis, July 19, 1982. The Cards won the game, 6-5. (AP Photo/James Finley)

In 1979, Hernandez led the National League in runs, doubles and batting average. He was co-MVP with the Pirates' Willie Stargell. He's one of 15 Cardinals all-time to win an MVP award.

But Hernandez is best known for his glove. He has the most Gold Gloves of any first baseman in baseball history with 11.

And thanks to his solid offense and all-time great defense, Hernandez has the 20th highest WAR of any first baseman ever. And that's pretty impressive when you think about some of the names at first base in the history of the game. He should get more consideration for the National Baseball Hall of Fame, and not just the Cardinals Hall of Fame. But I digress.

This year, Hernandez is on the Cardinals Hall of Fame ballot with Edgar Renteria, Steve Carlton, Matt Morris and Lee Smith. All of these guys have cases for the Cardinals' Hall, especially Carlton, but none of them deserve it before Hernandez.

John Tudor, Tommy Herr, Jason Isringhausen and Tim McCarver are all fine players and deserving of induction into the Cardinals Hall of Fame, but to see them picked by the fans ahead of Hernandez still somewhat boggles the mind.

There is no doubt Keith Hernandez will always be seen in the national eye as a New York Met. That's where he rose to national fame, that's where he helped the Mets to a memorable 1986 title and that's where he became "The Boyfriend" on, in my humble opinion, the greatest TV show of all-time (OK, that's hopefully my last Seinfeld reference). But he started in St. Louis, and his time here was nothing to just shrug off. He was elite. An unceremonious departure more than three decades ago shouldn't be tainting his Cardinals Hall of Fame case.

Voting for this year's inductee ends on Saturday, April 17. I think this is the year Hernandez finally gets the call. There's no doubt he's already been waiting much longer than he should have had to.

You can click here to vote for this year's Cardinals Hall of Fame.