Why the underdog Cardinals can play spoiler this postseason

The Cardinals might be NL Central champs, but around baseball, they're not the trendy pick to make noise in the playoffs. Here's why they can play spoiler. 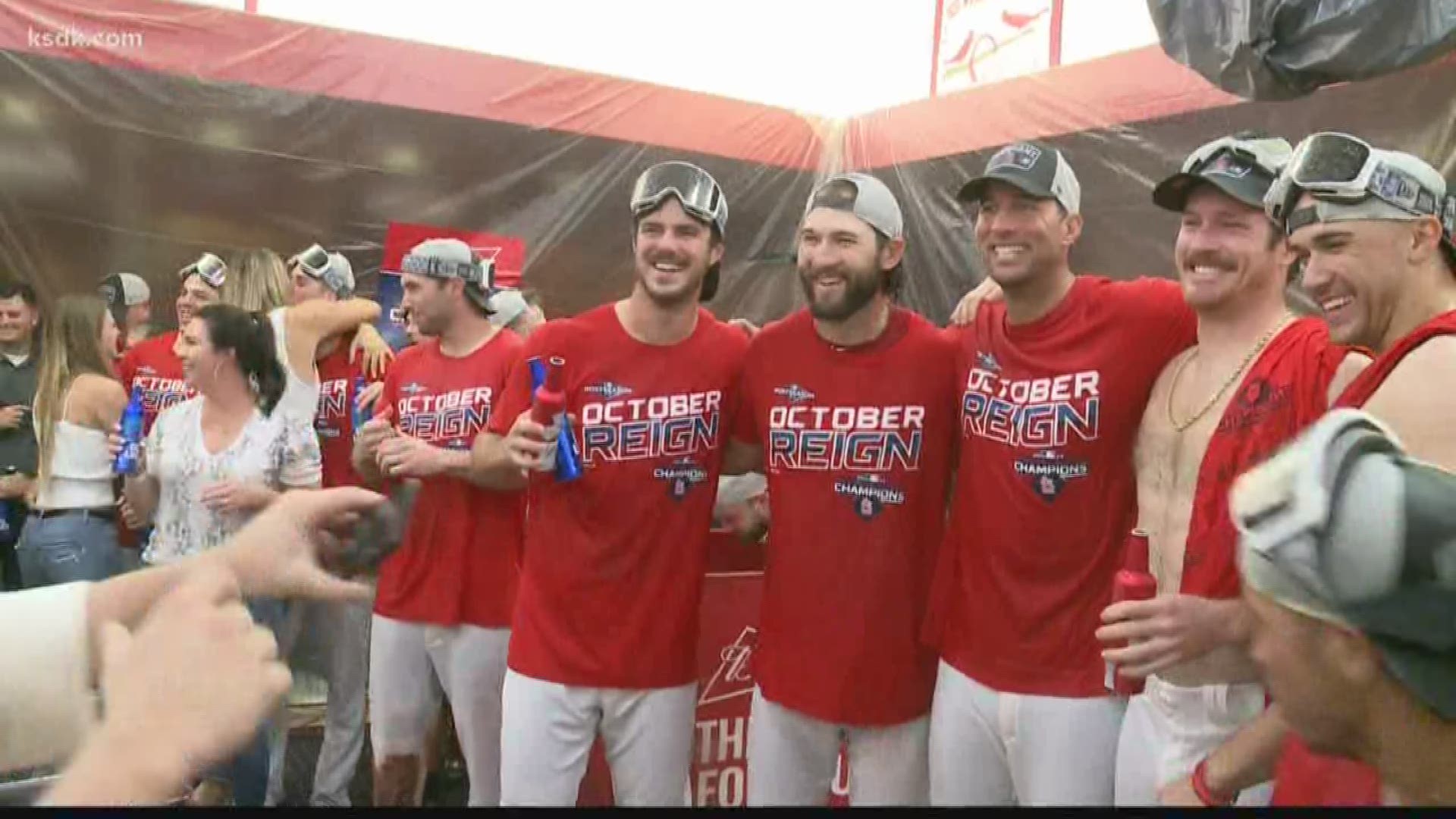 If you go searching for 2019 World Series picks, you probably won't see a lot of the experts picking the St. Louis Cardinals.

And it does make sense...

Only the Milwaukee Brewers enter the postseason with less regular season wins than the Cardinals. Teams like the Yankees, Dodgers, Astros, Nationals and Braves all play in large media markets. The only team in this year's playoffs with a longer postseason drought than the Cardinals are the Tampa Bay Rays.

But that's no problem for the 2019 Cardinals. In fact, I'm sure that's just going to add fuel to the fire.

The Cardinals are looking up at the heavyweights on the coasts and down south as October begins, but there are some things working in their favor to ensure they're the last ones standing.

Here are a few reasons why the often overlooked 2019 St. Louis Cardinals can play spoiler in the postseason.

1: The Cardinals have Jack Flaherty

Having the hottest pitcher in baseball is the number one reason to fear the Cardinals in October.

If the Cards are able to scratch out a run or two in a Flaherty start, it feels like it's going to be an automatic win.

Now I'm not saying Flaherty is going to come out and be 2014 Madison Bumgarner in the playoffs, but if he throws even a little bit like he has in the second half of this season, that could be two easy wins a series for the Cardinals.

The dude is a gamer, too. The spotlight of the postseason is just asking for a pitcher like him to ascend to another level.

When I asked Flaherty about his team's chances in the postseason up against some teams that might be getting more attention, he made it clear he's confident in his guys.

"We already know what we got," Flaherty said. "We know the guys we got in here. We know the family we got."

2. The Cardinals have Mike Shildt at the helm

We're allowed to second guess some of Mike Shildt's lineup and bullpen decisions during his tenure, but then we also have to give him credit for taking the reigns of this team that was wallowing in mediocrity when he took over in the middle of 2018, and getting them back to the top of the National League Central.

This locker room loves Shildt, and for good reason.

Since he took over, the Cardinals have improved tremendously in the little things, most notably baserunning and fielding.

This a fundamentally sound team, which is something you probably couldn't have said the last four years or so.

Mike Shildt might be a rookie in the postseason, but he knows just which buttons to push to get his team in the right positions.

3. The Cardinals have a lot of streaky players... who could all decide to get hot at the same time

The Cardinals' rotation, bullpen and defense don't have too many questions surrounding them as the playoffs begin.

The offense is another story.

The good thing is, we've seen all of these guys go on some insane streaks this season.

Watch: Marcell Ozuna talks about playing in his first postseason

There are a lot of streaky guys on this team that seem to be ready to break out of their funk at any moment.

"Anything can happen. We have a great foundation of pitching and defense. We know we can play the game," Paul DeJong said. "We're going to get some timely hits and I can't wait to get back out there again."

Marcell Ozuna, Harrison Bader and Paul DeJong have never played in the playoffs before. They're going to look to make the most of this opportunity, especially Ozuna, who is looking for a big contract.

I wouldn't bet against them.

4. The Cardinals have a good mix of veteran experience and young enthusiasm

A lot of frustration has been let out with this team.

After four years of sitting on the sidelines, they finally get another chance on baseball's biggest stage.

The young, exciting players like Jack Flaherty, Dakota Hudson, Giovanny Gallegos, Paul DeJong and Tommy Edman are going to be so much fun to watch under the lights of October.

"We're coming into the playoffs hot. Anything can happen in the playoffs. It's going to be fun," Tommy Edman said.

And we already know guys like Adam Wainwright, Yadier Molina, Andrew Miller, Dexter Fowler and Matt Carpenter have proven themselves with big postseason moments in years past.

"I see a lot of similarities (to my 2016 Cubs team)," World Series champion Dexter Fowler said. "That's what the end goal is. We're excited and I think we have the pieces to do it."

The mix is just right, and the veterans will show the youngsters the ropes.

This team proved in four games in Chicago late in September that the moment is never too big for them. Even if their back is against the wall, anyone can come riding to the rescue at any moment.

They also thrive as the underdog.

"I feel like we've been overlooked for a long time now. We're a good team. We know we're a good team. We believe in that," Kolten Wong said. "We have a tough task with the Braves coming up but we know how good we are. So it's a matter of going out there and putting on a show for everyone."

5. The Cardinals are on another level at home

St. Louis will likely be without home field advantage for the entire postseason.

Actually, the only way they could have it, is if the Brewers or Nationals win the beat the Dodgers.

So the Cardinals won't get the majority of their games at home, but they should be able to make the most of them.

The Cardinals are 50-31 at Busch Stadium. They thrive in front of Cardinal nation.

St. Louis might not have "home field advantage" in terms of number of games at home, but you better believe Busch Stadium will be a raucous environment for its first postseason games in four years.