X-rays on Molina's hand show no fracture, catcher will be in lineup in Milwaukee

MILWAUKEE — Cardinals manager Mike Shildt told members of the media on Wednesday that X-rays on catcher Yadier Molina's hand showed no fractures and the 38-year-old veteran would be playing on Wednesday.

Molina was hit in the hand by the bat of Brewers outfielder Ryan Braun during the game on Tuesday night in Milwaukee on a catcher's interference call.

As Molina was shaking off being hit by the bat, the Brewers and Cardinals began a shouting match that led to the benches clearing and the two teams face-to-face in front of the Brewers' dugout.

Shildt and Brewers manager Craig Counsell were ejected from the game, and afterward, Shildt, who was visibly irate, said a comment was yelled from the Milwaukee dugout that he couldn't let go.

No fracture. Yadi is playing. @KSDKSports @ksdknews @Cardinals Wong is day to day. Getting treatment.

“I will always have our players’ backs. I will especially have a Hall of Famer and a guy who has the most physical, mental toughness of any player I’ve ever managed and may ever manage.”

Shildt admitted that he was staring in the dugout after Molina was hurt.

“There is no allegation against Braun necessarily,” Shildt said. “It just didn’t look good. At that point, you think I’m going to accept that? No. There was a look in the dugout. Something was said. And at that point, all bets are off.”

It appeared that Braun and Molina had a verbal exchange before his bat hit Molina’s glove hand.

Molina did stay in the game Tuesday night and finished off the 18-3 loss.

Shildt was suspended for one game, and fined an undisclosed amount, MLB announced on Wednesday.

The Brewers and Cardinals play a doubleheader on Wednesday in Milwaukee. It is not yet known if Molina will play in both games. Molina is in the lineup hitting ninth in Game 1.

Second baseman Kolten Wong is also dealing with an injury, but is hoping to play in Game 2 of the doubleheader.

The Cardinals made some roster moves on Wednesday as well.

Starter Johan Oviedo has been activated off the injured list and is expected to start Game 2 on Wednesday. Pitcher Junior Fernandez and infielder Max Schrock have been recalled from Springfield. Outfielder Lane Thomas and pitcher Nabil Crismatt have been optioned to Springfield and pitcher Rob Kaminsky has been designated for assignment. 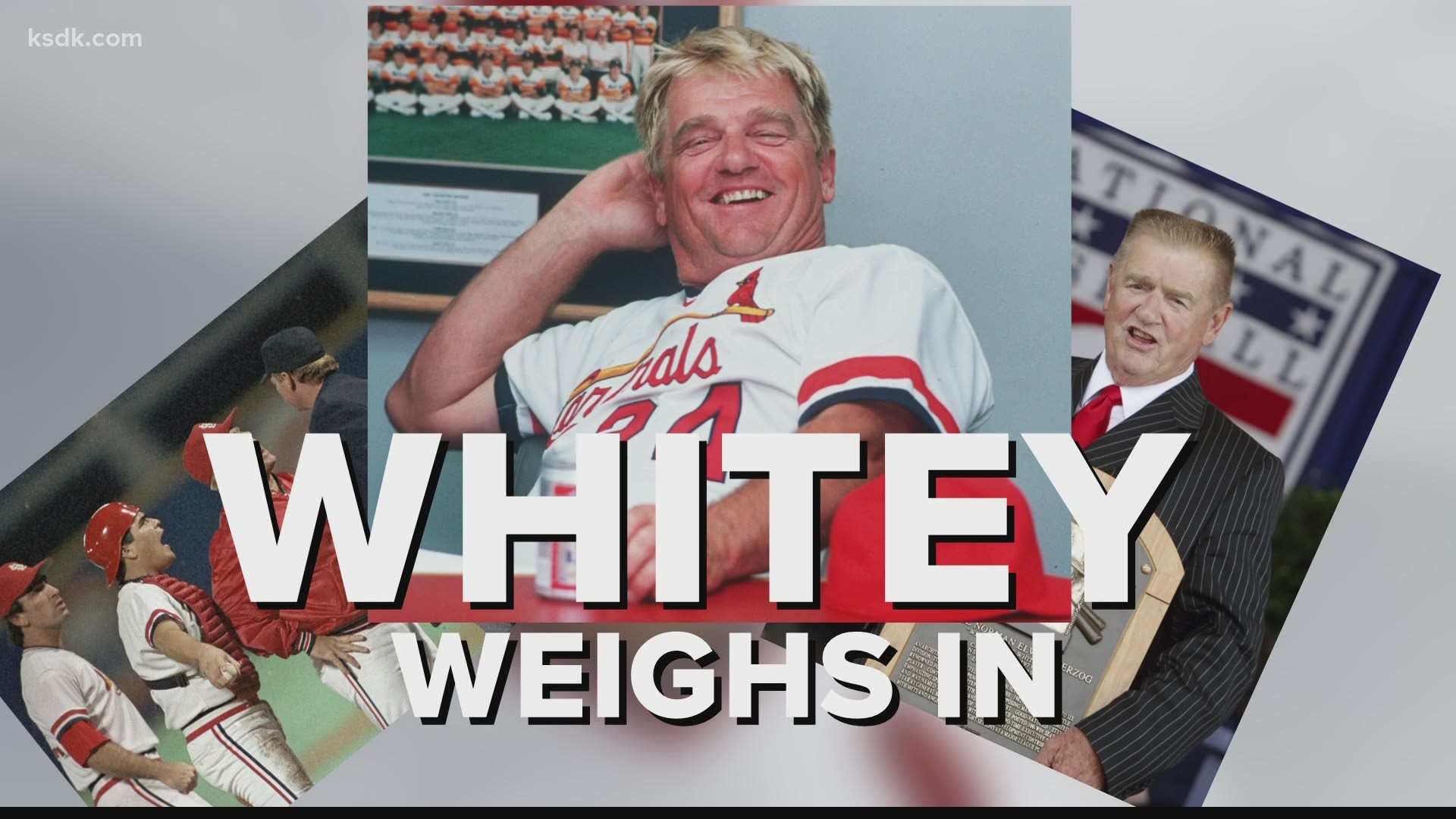