On Wednesday Yadier Molina will crouch behind home plate for his 2,000th game as a Cardinal. It's an unmatched mark in baseball history for one franchise 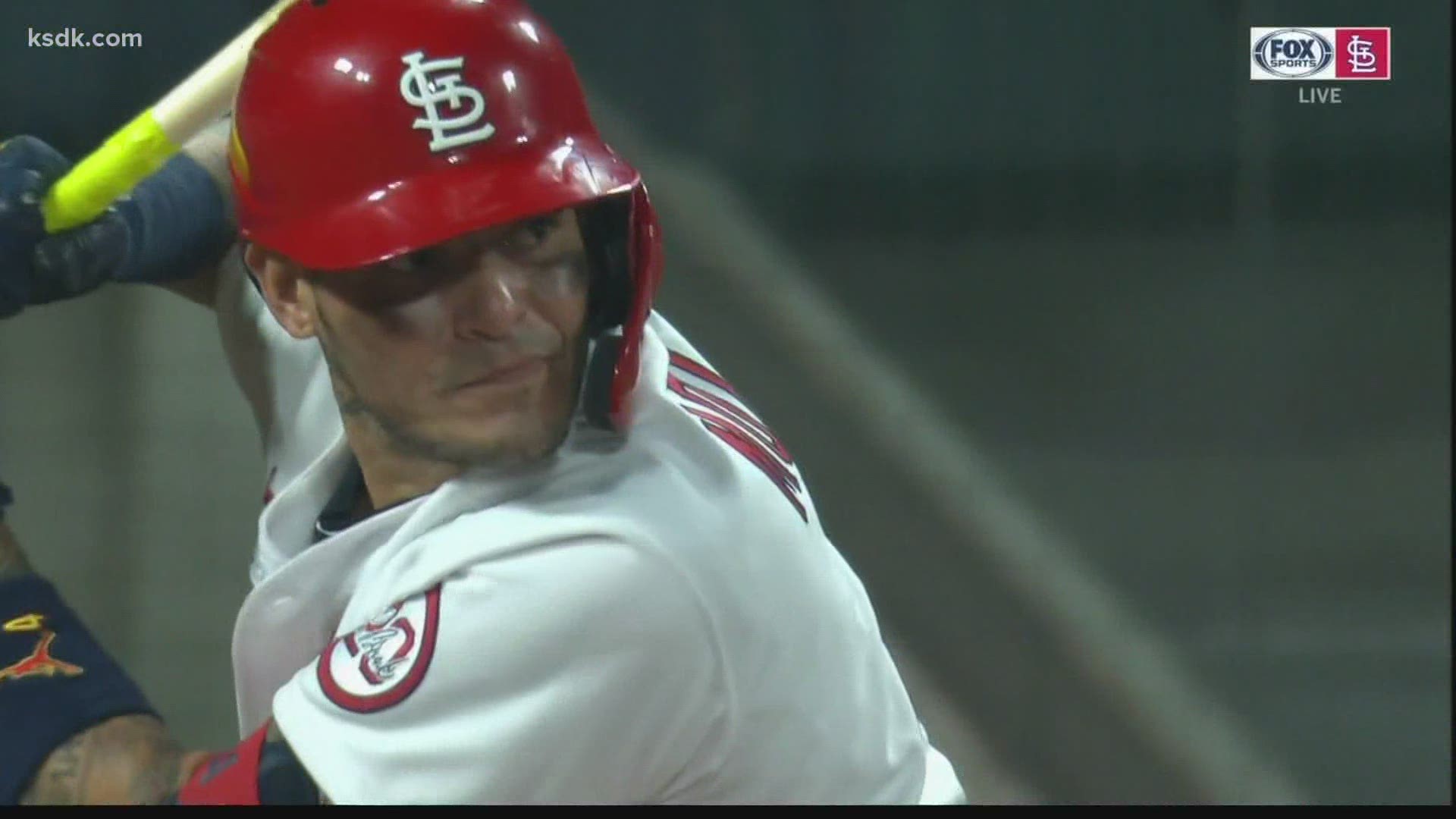 ST. LOUIS — For the last season or so, it seems like Yadier Molina is setting some sort of new record or Cardinals milestone every other week. But on Wednesday at Busch Stadium against Washington, he's reaching a big one.

With Molina's start catching Adam Wainwright against the Nationals in Game 2 of the series, he'll become the sixth catcher in baseball history to catch 2,000 career games. He's the first to do it exclusively with one franchise.

Ivan Rodriguez has the most games caught in baseball history, with 2,427.

"You put 2,000 games into the context of a 162-game regular season and you say, 'Ok if you caught every single game how many years would that be?' And you go, 'Whoah'. That's amazing," Cardinals manager Mike Shildt said on Tuesday.

Yadi smiles > everything else

A standing ovation for Yadi, playing his 2,000th game for the Cardinals.

It's especially impressive for a catcher to reach 2,000 games considering how much of a beating the position can take on a nightly basis. Molina's manager can't even believe how resilient he is sometimes.

"I've seen him take foul tips and he shakes it off like it didn't happen. His pain tolerance is almost sub-human," Shildt said.

Molina returned to the Cardinals for 2021 on a 1-year deal, his 18th season in the Major Leagues. He'll turn 39 in July, but has shown no signs of slowing down.

While continuing his stellar defensive reputation, Molina has come out of the gates firing on offense in 2021. Through 10 games he's hitting .353 with a .998 OPS, two home runs and eight RBI.

Back in 2020, Molina became the 12th primary catcher in history to reach 2,000 hits. Who knows how many more milestones this future Hall of Famer left in him?

"This guy has been a high performer in multiple parts of baseball, offensively and defensively, and so you have to perform at a high level to get to that mark," Shildt said. "There's a lot of different factors into that that in and of itself are impressive but collectively when you think about it in these terms are rarified air."