He's been doing it for nearly two decades now, but one Astros prospect apparently didn't get the memo and tempted Yadi. It didn't go well for him 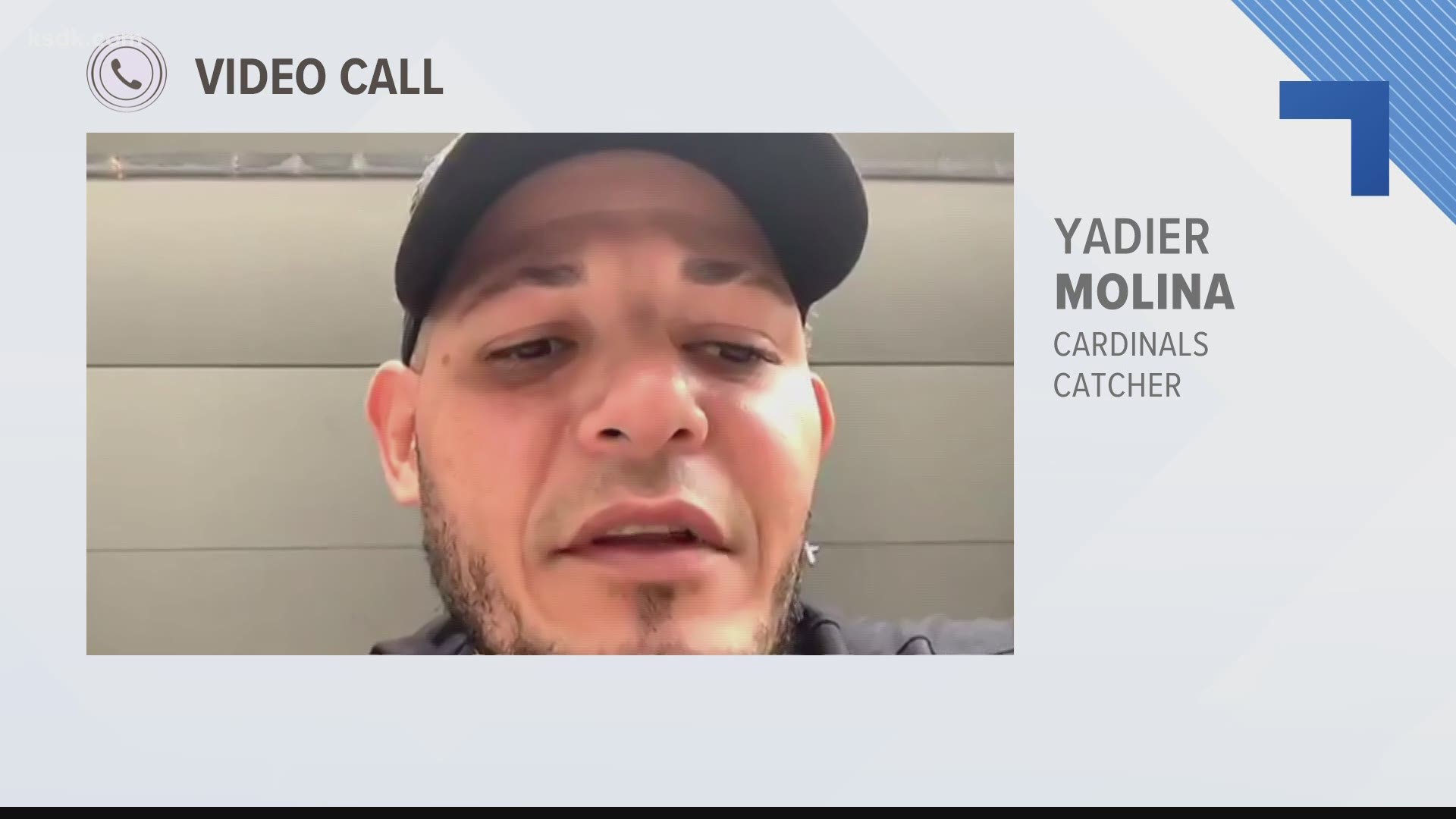 JUPITER, Fla. — In 17 years in the big leagues, Yadier Molina has thrown out 350 would-be base stealers. But every once in a while, some young upstart baserunner thinks they can put one over on the G.O.A.T. Good luck with that.

On Sunday against the Houston Astros, it was outfielder Jose Siri who learned the hard way.

Molina and Siri had a sort of "game within the game" captured on the Fox Sports Midwest broadcast in the waning innings of Sunday's game at Roger Dean Stadium.

Siri came on as a pinch-runner for Astros' designated hitter Martin Maldonado in the seventh inning, and Molina threw behind him at first base, nearly picking him off.

As Siri slid in under Paul Goldschmidt's tag, he shook his head at Molina and wagged his finger as if to say, "no, no, no." In response, Molina gestured towards second base, seemingly inviting Siri to try and steal on him.

You can probably guess what happened next.

A few pitches later, Siri took off, and Molina fired an absolute bullet down to Matt Carpenter at second base, easily getting the confident runner out. And of course, Molina had to hold his stare down to second base a little bit longer than he may have on a normal caught stealing.

Popular MLB podcast host Jomboy broke the whole incident down in an amusing video on Twitter.

Yadier Molina tells runner to steal then throws him out, a breakdown pic.twitter.com/q8Ly2mMXdK

I think it's safe to say Siri won't be egging on the Cardinals' legend again any time soon.