The proposed MLS stadium will now expand north of Market between 20th and 22nd Streets. 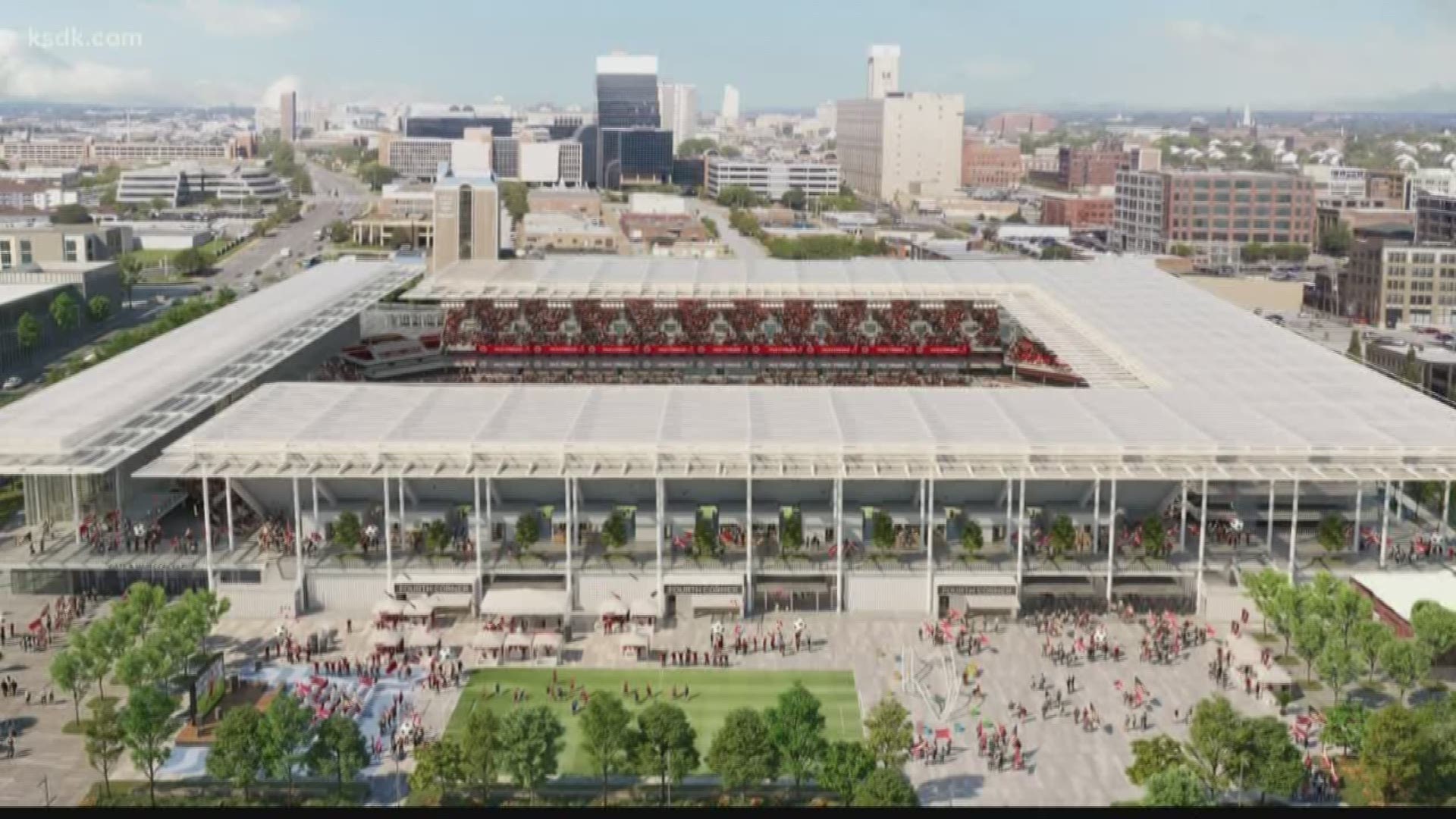 It’s part of their updated stadium-site plan. The proposed MLS stadium will now expand north of Market between 20th and 22nd Streets, connecting Downtown West between Union Station, south of the stadium and businesses on Olive and further north.

The ownership group said it wanted to ensure the new stadium and surrounding area would continue St. Louis’ growth and revitalization along important community projects, such as the Great Rivers Greenway and new developments at Union Station.

“Our vision is to create a district around our proposed MLS stadium that will get people excited to visit Downtown West, not only before and after games, but on non-game days as well,” said Carolyn Kindle Betz. “We believe this district will not only be the heart of St. Louis soccer, but a special piece of downtown that will fuel the renaissance currently underway.”

“Since awarding Major League Soccer’s 28th team to St. Louis in August, it is obvious the MLS4TheLou Ownership Group has been working hard to create a world-class stadium along with adjacent training fields and team headquarters in a single downtown location, which is unprecedented for MLS,” Garber said. “While there is work to be completed, we commend all who have been engaged in this process and we believe this comprehensive stadium plan will not only deliver great benefits to St. Louisans for years to come, but also serve as a model for future professional sports teams in the U.S.”

In a press release, the ownership group said the area of primarily undeveloped land immediately west of Union Station will now serve as a key spot for the team’s headquarters, practice facility and sites for future development. When combined with the new proposed stadium footprint north of Market, the entire project will result in the development of approximately 31 acres in the area from I-64 north to Olive. Along with Union Station and the western portion of the Gateway Mall, this future development will help transform Downtown West into a flourishing urban activity hub, perfect for hosting music festivals, youth sports tournaments and charity events, all anchored by an MLS stadium.

As part of the updated proposed stadium plan, the ownership group plans to assume all future risk for this development and own the stadium and practice facility.

"We are very excited the ownership group is moving forward with its plan to own both the stadium and the practice facilities for the City of St. Louis' new MLS team," said Mayor Lyda Krewson. "I'm encouraged by what I've seen of the plans so far and am very much looking forward to spring 2022. People from all over St. Louis will benefit from this new addition to our City and this new soccer team that will represent the best of St. Louis."

• The expanded footprint of the stadium development will include the area north of Market Street between 20th and 22nd Streets. This area will provide better access for fans and allow for the development of a year-round urban hub surrounding the stadium

• Included with the immediate build of the stadium will be a Downtown West District of mixed-use retail, restaurants and gathering spaces that will be open and accessible to City residents and visitors beyond the 17 home games a year

• The team has decided to locate the Team Offices and Training Facility in the City – south of Market, immediately west of Union Station

• Every seat will be within 120 feet of the pitch, one of the very best views in soccer

• Fans will be able to enter the stadium from all sides. A major entry plaza will serve as an optimal pre-game gathering space for fan processions and post-game celebrations

• Our canopy design will be the most extensive coverage in the MLS and will heighten the sound and energy of our fans, providing an amazing experience for all.

• The pitch will sit 40 feet below street level, creating a unique urban footprint with a below-ground-level playing field for a proudly loud and one-of-a-kind MLS fan experience

• Increasing the rake of the bowl brings all fans closer to the action. Every seat will be within 120 feet of the pitch for one of the best views in soccer.  The closest seats will be just 15 feet from the touchline 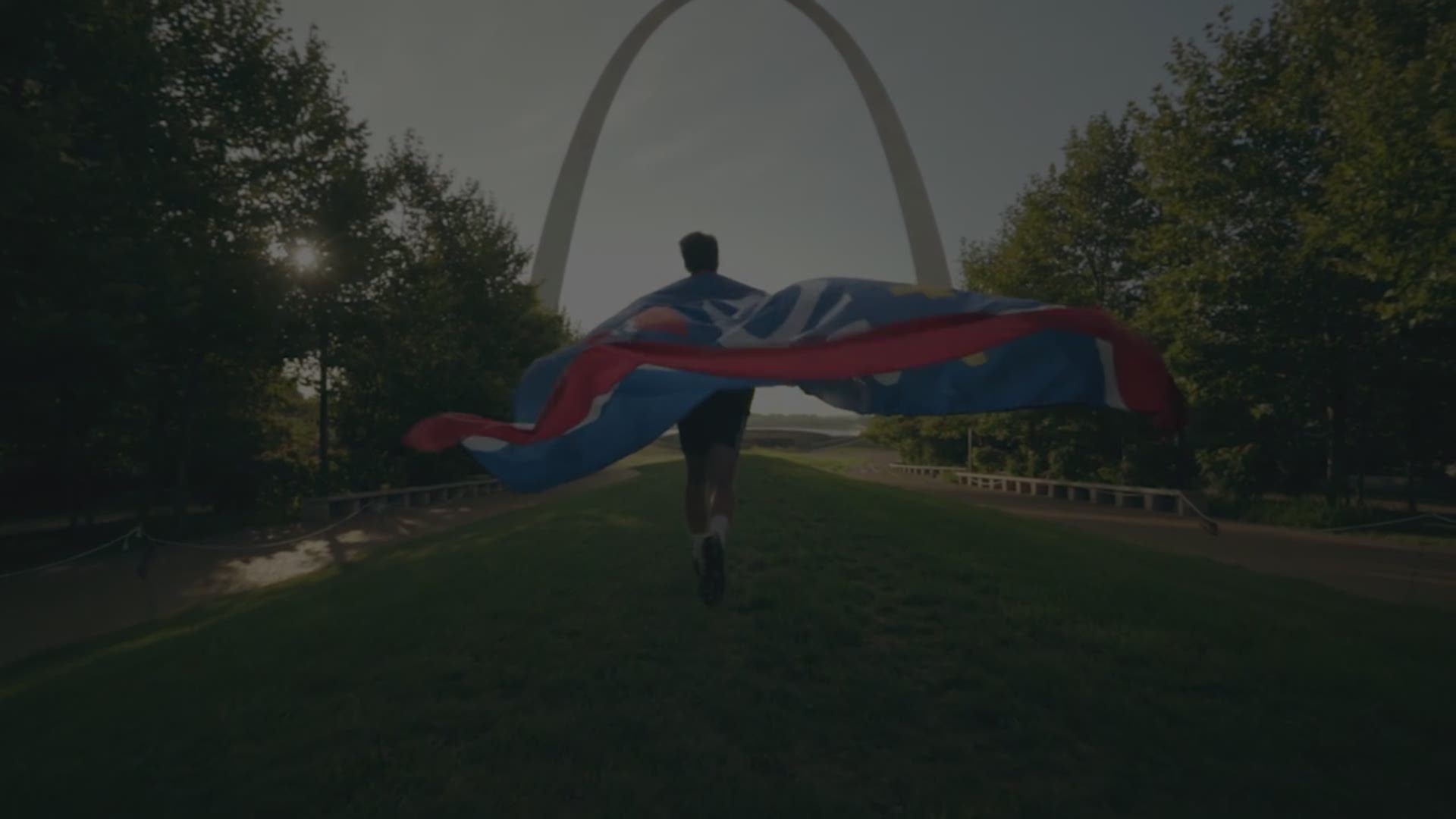