5 On Your Side Countdown | The 10 most influential trades in St. Louis sports history

There have been a lot of blockbuster trades in St. Louis history... but which is the most important? Do you agree with our list? 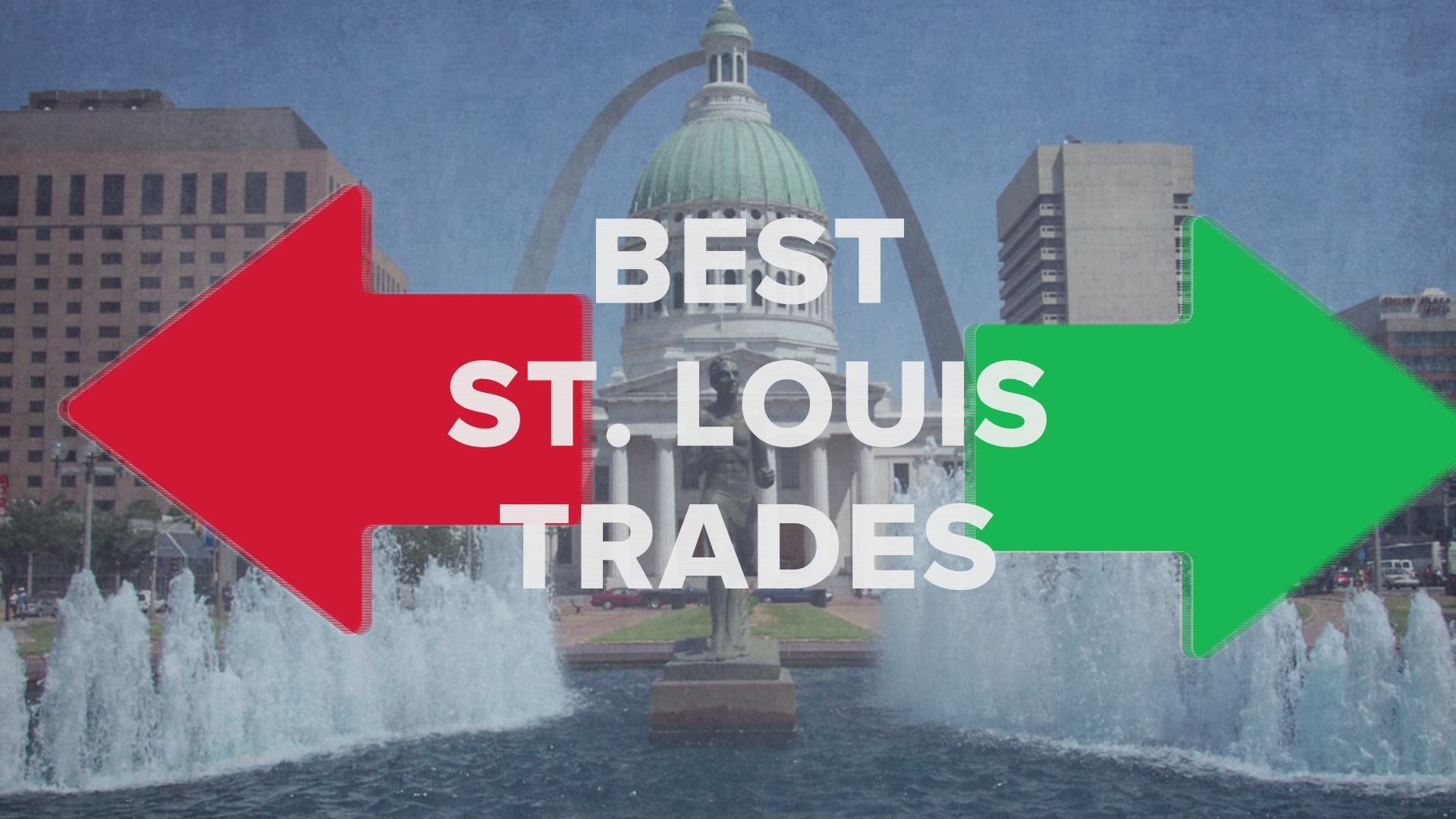 This week, sports director Frank Cusumano rolls out his list of the top 10 most influential trades in St. Louis sports history.

St. Louis teams are no strangers to blockbusters, but which trade is the most impactful ever?

Do you agree with the list? Let us know.

Lehtera scored four total goals with the Flyers before leaving the league with cocaine possession allegations.

Schenn has scored 60 goals in three years, played in an All-Star Game, won a Stanley Cup and got a big new contract.

This lopsided deal only looks better for the Blues as time goes on.

Watch: The 10 most influential trades in St. Louis sports history

Sykes never won another game after the Cardinals traded him to the Yankees.

McGee became one of the most popular players in Cardinals history and helped them win a World Series in 1982 and two more NL pennants.

2 Apr 1998: Willie McGee of the St. Louis Cardinals in action during a game against the Los Angeles Dodgers at Busch Stadium in St. Louis, Missouri. The Cardinals defeated the Dodgers 8-5.

McGwire didn't win a championship in St. Louis, but the slugger made history and a lot of memories during his time here.

McGwire hit 220 homers in four and a half years in St. Louis.

Considering what the Cardinals gave up to Oakland, this is one of the most lopsided trades in Cardinals history.

If Templeton had not been such a good player, this trade with the Padres would look even more lopsided and be higher on the list.

But while Templeton was good, Ozzie was great.

The wizard became a legend in St. Louis, winning a World Series and establishing his claim as the greatest defensive player in baseball history.

The Blues don't win the Stanley Cup without this trade with Buffalo from Doug Armstrong.

It was like trading a bunch of used cars on the back of the lot for a brand new Porsche.

O'Reilly was an all-star, won the Selke Award, the Stanley Cup and the Conn Smythe Trophy all in the same year. Can't get better than that.

Marquis was a solid starter for the Cardinals. Ray King was a force in the bullpen. Adam Wainwright is going to end up in the Cardinals Hall of Fame.

J.D. Drew had the makings of a star but never panned out like he was projected to.

The Cardinals pulled off a highway robbery of the Braves here.

The Cardinals' deal with the Angels for Edmonds was a steal.

The franchise acquired possibly the best center fielder in team history for Bottenfield, who only won nine more games, and Adam Kennedy, who only hit 23 more home runs and eventually returned to the Cardinals.

The Rams don't become the greatest show on turf without the Marshall Faulk trade with the Colts.

Faulk became an MVP and possibly the greatest football player to ever play in St. Louis.

Credit: AP
St. Louis Rams' Marshall Faulk rushes for some of his 108 yards against the Minnesota Vikings, Sunday, Nov. 30, 2003, in St. Louis. Faulk rushed for over 100 yards for the third consecutive game as well as scoring three touchdowns to move past Hall of Famers Walter Payton and Jim Brown into fifth on the career list. (AP Photo/Tom Gannam)

This trade with the Flames changed hockey history in St. Louis.

Ramage and Wamsley were fine, but Hull became one of the greatest players in the history of hockey in St. Louis. Only three players have scored more goals than him. Ever.

It's not called "Brett Hull Way" in front of Enterprise for nothing.

The infamous trade almost all others are compared to.

With the Cardinals, Brock became a hall of famer, racked up 3,000 hits and became baseball's all-time leading base stealer.