NASCAR bans Confederate flag from its races and properties

NASCAR says the Confederate flag “runs contrary to our commitment to providing a welcoming and inclusive environment for all fans, our competitors and our industry.” 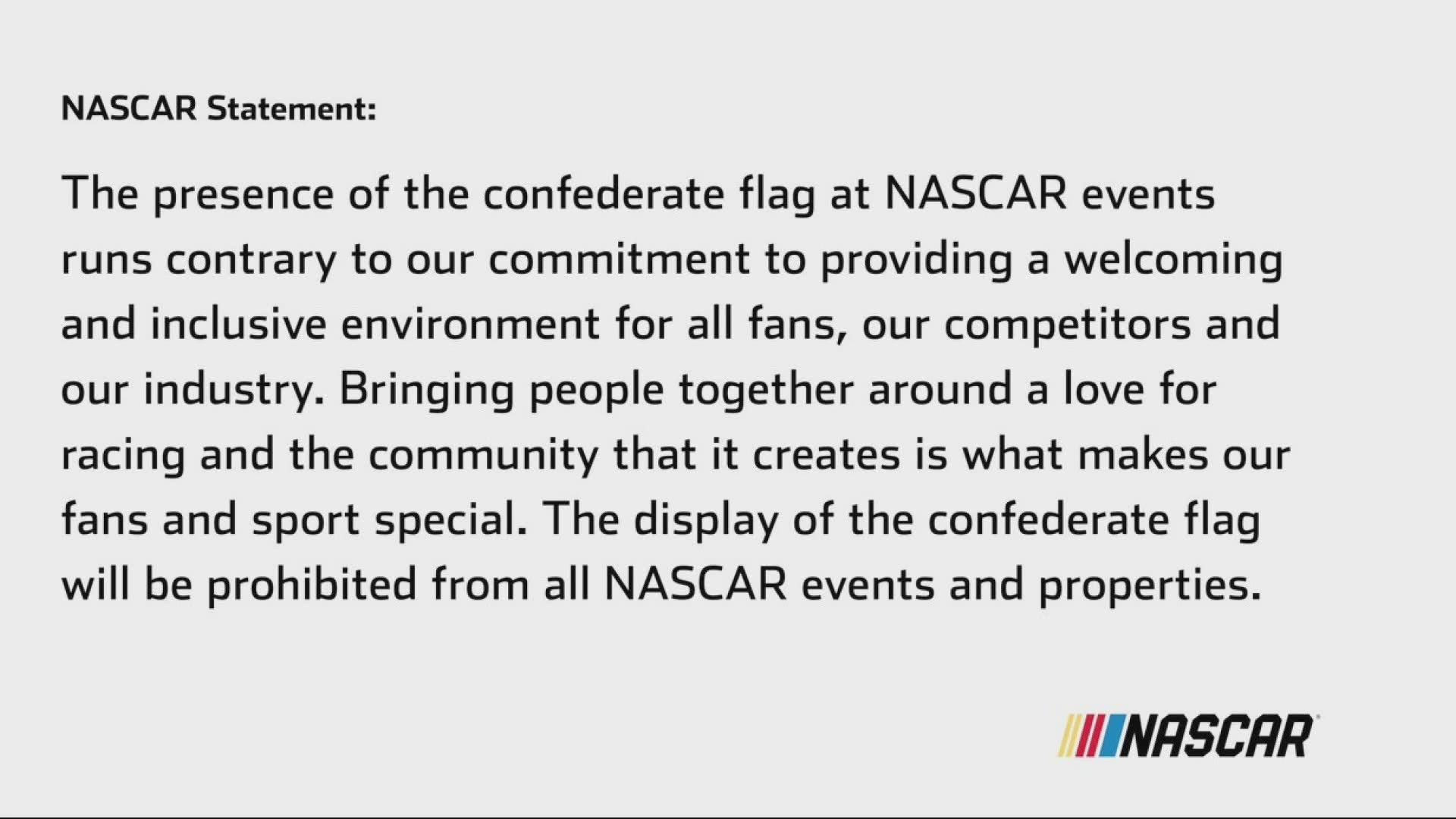 CHARLOTTE, N.C. — NASCAR has banned the Confederate flag from all events and properties.

NASCAR says the Confederate flag “runs contrary to our commitment to providing a welcoming and inclusive environment for all fans, our competitors and our industry.”

Former chairman Brian France in 2015 tried to ban the flying of Confederate flags at race tracks, a proposal too broad to enforce and one that angered NASCAR’s core Southern-based fan base.

The Charlotte Motor Speedway has released the following statement:

The flag ban comes after Bubba Wallace, the only black driver in the Cup Series, NASCAR's top competition, said he's working to rid racetracks completely of it.

Wallace has been outspoken since the death of George Floyd sparked protests and a global racial justice dialogue. He wore an "I Can't Breathe" t-shirt before last Sunday's race in Atlanta

Wallace will make another statement Wednesday when NASCAR returns to Martinsville Speedway in Virginia. He is driving a #BlackLivesMatter paint scheme for the Richard Petty Motorsports ' No. 43 Chevrolet.

"Thank you, @NASCAR for doing the right thing. You are so central to our Carolina culture and I’m glad spectators and fans of all races, particularly Black fans like me, will feel more welcomed and respected at your events!"

RELATED: NASCAR set to race under the lights at Martinsville