"The truth is they're not going to owe us anything, but that's what we want. We want to give them that break, that boost to put them on the path." 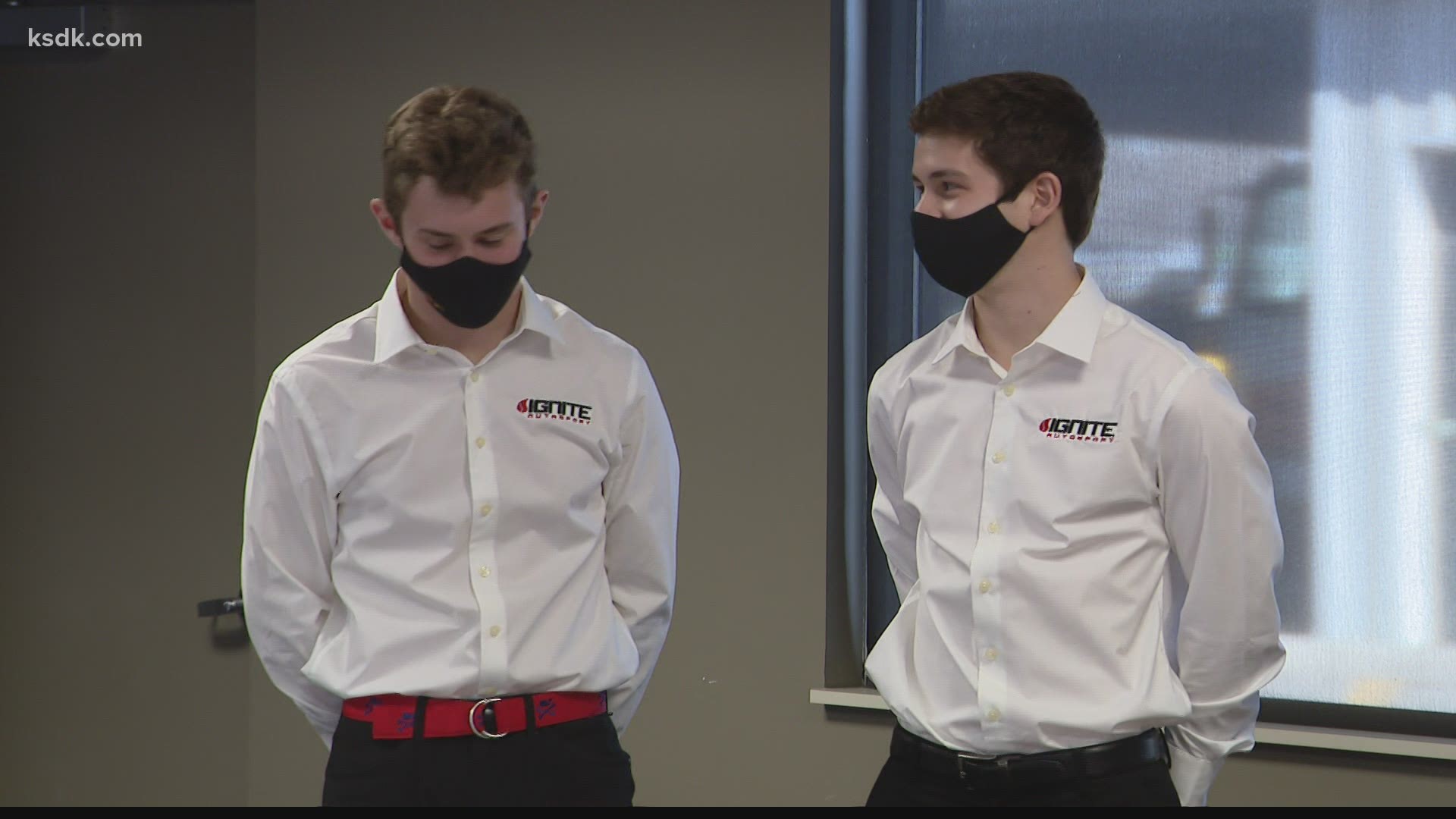 On Tuesday at World Wide Technology Raceway, Kirkwood's Spike Kohlbecker and Glen Carbon's Evan Stamer were chosen as the first drivers for the Ignite Autosport team.

Ignite Autosport is a new initiative led by KhS Global, managed by Margay Racing and supported by World Wide Technology Raceway. The program is hoping to help develop the next generation of St. Louis racers. Initial funding for the program was provided by Ignite team owner Scott Blind.

"The truth is they're not going to owe us anything, but that's what we want. We want to give them that break, that boost to put them on the path," Blind said. "And I think if they start winning this year, and I expect both of them to be winners, they're going to be seen."

Kohlbecker and Stamer were chosen based on their racing ability and will participate in the USF2000 Series, part of the "Road to Indy", a driver development program that creates a path for drivers to reach the NTT IndyCar Series and one day race in the Indianapolis 500.

"There's not been one driver in the St. Louis area to make it to victory lane in the Indianapolis 500 and with the opportunity I'm having right now to do so it's just crazy to think about," Stamer said.