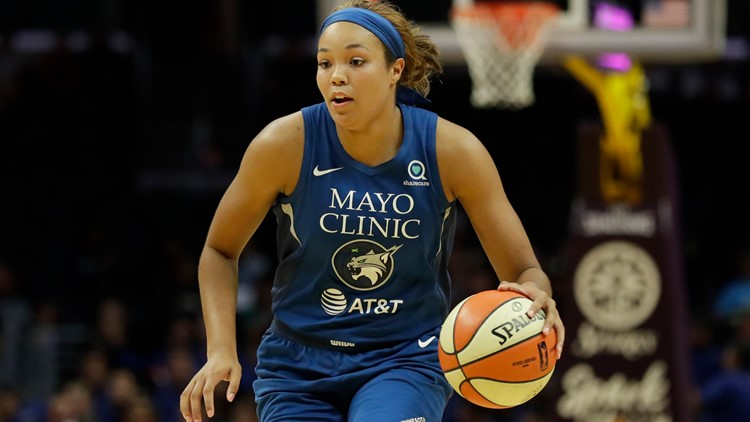 MINNEAPOLIS — Former Incarnate Word star Napheesa Collier is having one heck of a rookie season in the WNBA with the Minnesota Lynx.

She was picked No. 6 in the WBNA draft by the Lynx.

‘More importantly than her raw stats, Collier played a pivotal role in helping the Lynx reach the playoffs. She led the entire WNBA in minutes and quickly became one of the most trusted and valued members of the team, playing multiple positions and filling many roles for a Lynx team in transition,’ The Lynx said.

The WNBA Rookie of the Year has not been announced, but the AP award has been a good predictor for WNBA’s award. The AP has named a Rookie of the Year for the past three years. Breanna Stewart, Allisha Gray and A’Ja Wilson were all give the award and then went on to win the WNBA award.