A fifth grader at the I PROMISE School got to ask LeBron three questions, and when she got to the one about Swensons, King James let out a hearty chuckle. 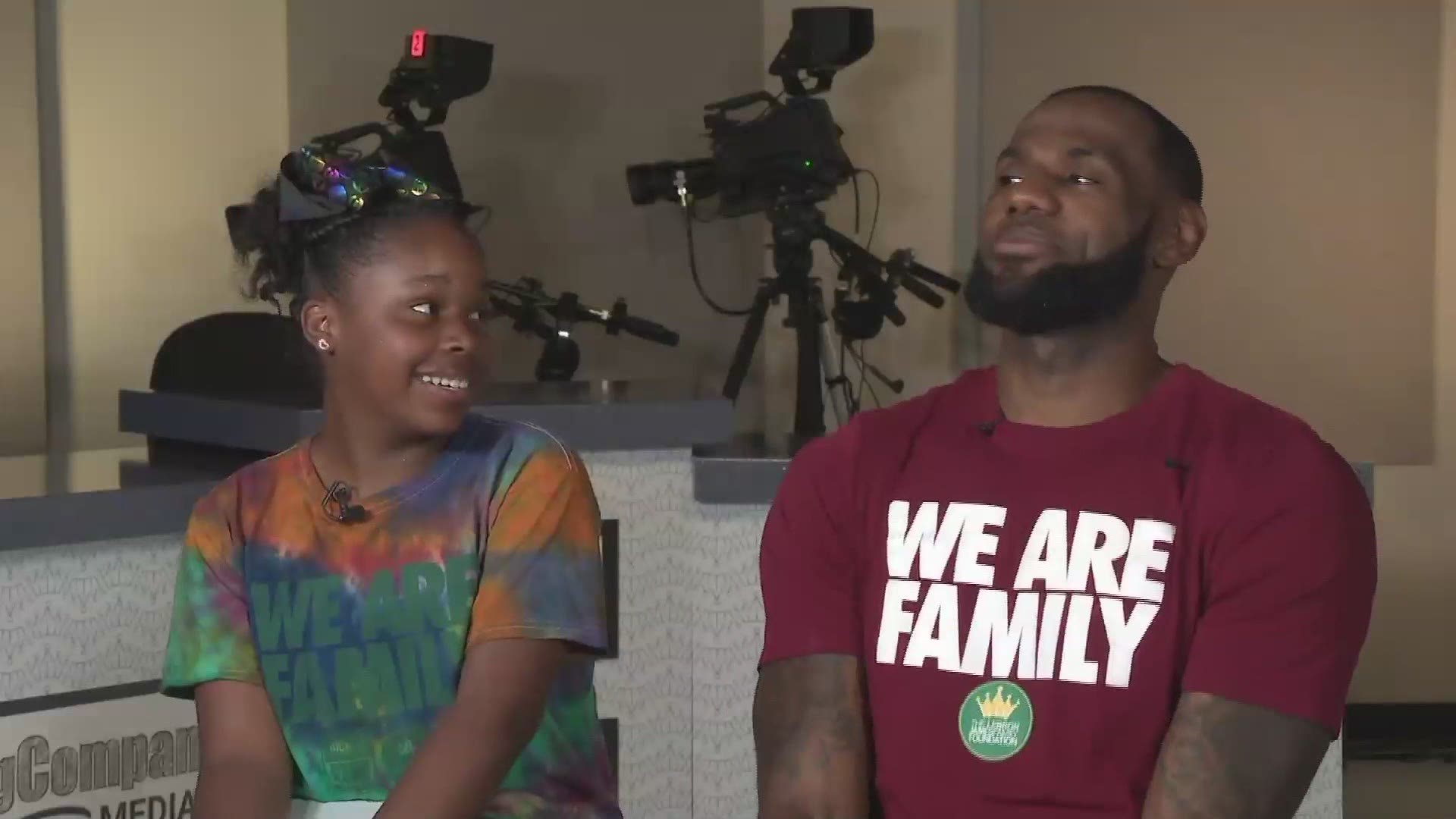 It's the question all LeBron James fans want to know the answer to: What does the NBA legend order when he goes to Swensons?

The question was asked as part of an exclusive sit-down with WKYC's Amani Abraham Wednesday at the new Kaulig Companies Media Lab at James' I PROMISE School. Actually, it wasn't Abraham who asked the question, but rather fifth grader Erialle Turner, a member of the school’s media club and aspiring media professional.

RELATED: LeBron James: It's still 'surreal' to walk through I PROMISE School one year after opening

Turner got to ask LeBron three questions, and when she got to the one about Swensons, King James let out a hearty chuckle.

"I get a double cheeseburger, and onion rings...and then I get a banana milkshake with real ice cream," he said. "I have a nice little feast."

Erielle was intrigued by the milkshake, but didn't seem too thrilled about the onion rings, much to James' surprise. He also asked her if she liked Swensons, but when she shook her head no, all James could jokingly say was, "Alright, I'll leave it at that."

James has long been a fan of the Akron-based burger drive-in, which is celebrating its 85th anniversary this year. The chain even gave a shout out to the city's favorite son after he led the Cavaliers to the 2016 NBA championship.