'We don't see it (a repeat) very much because usually you can't keep a team together, but largely they have. So why not?' 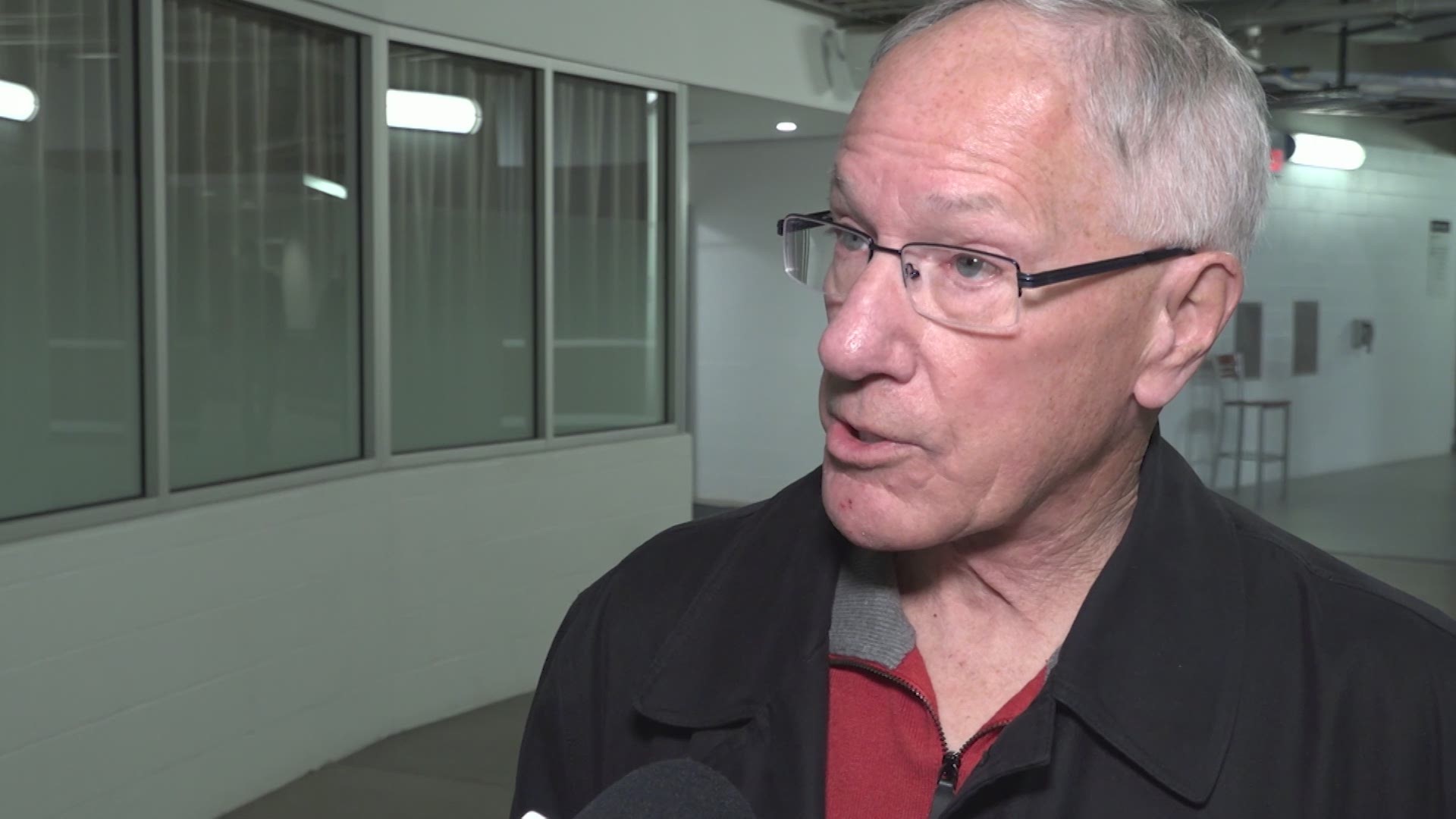 ST. LOUIS — You can count NBC Sports play-by-play man Mike "Doc" Emrick among those impressed with the year-long run of dominance by the St. Louis Blues.

Emrick is in town and on the call of the Blues' game against the Flyers on Wednesday night for NBCSN, and was pretty high on the defending Stanley Cup champs this season when we talked to him at morning skate.

Hockey can be one of the toughest sports to repeat as a champion in, and only two franchises have done it since 1990 (the Penguins twice and the Detroit Red Wings), but Emrick thinks the Blues have what it takes

"Of course. Of course. We don't see it very much because usually you can't keep a team together, but largely they have. So why not? All you have to do, as we saw in prior years, is make the cut of 16 teams and they're well on their way of doing that," Emrick said.

With at least a point against Philadelphia on Wednesday, the Blues would be able to claim the most points in the entire NHL for the first time this season.

RELATED: Blues vs. Flyers will reunite former teammates on both sides