Due to the COVID-19 pandemic, the 2020 enshrinements of that year's class and a special centennial class were postponed to now, so 28 men will be enshrined this time 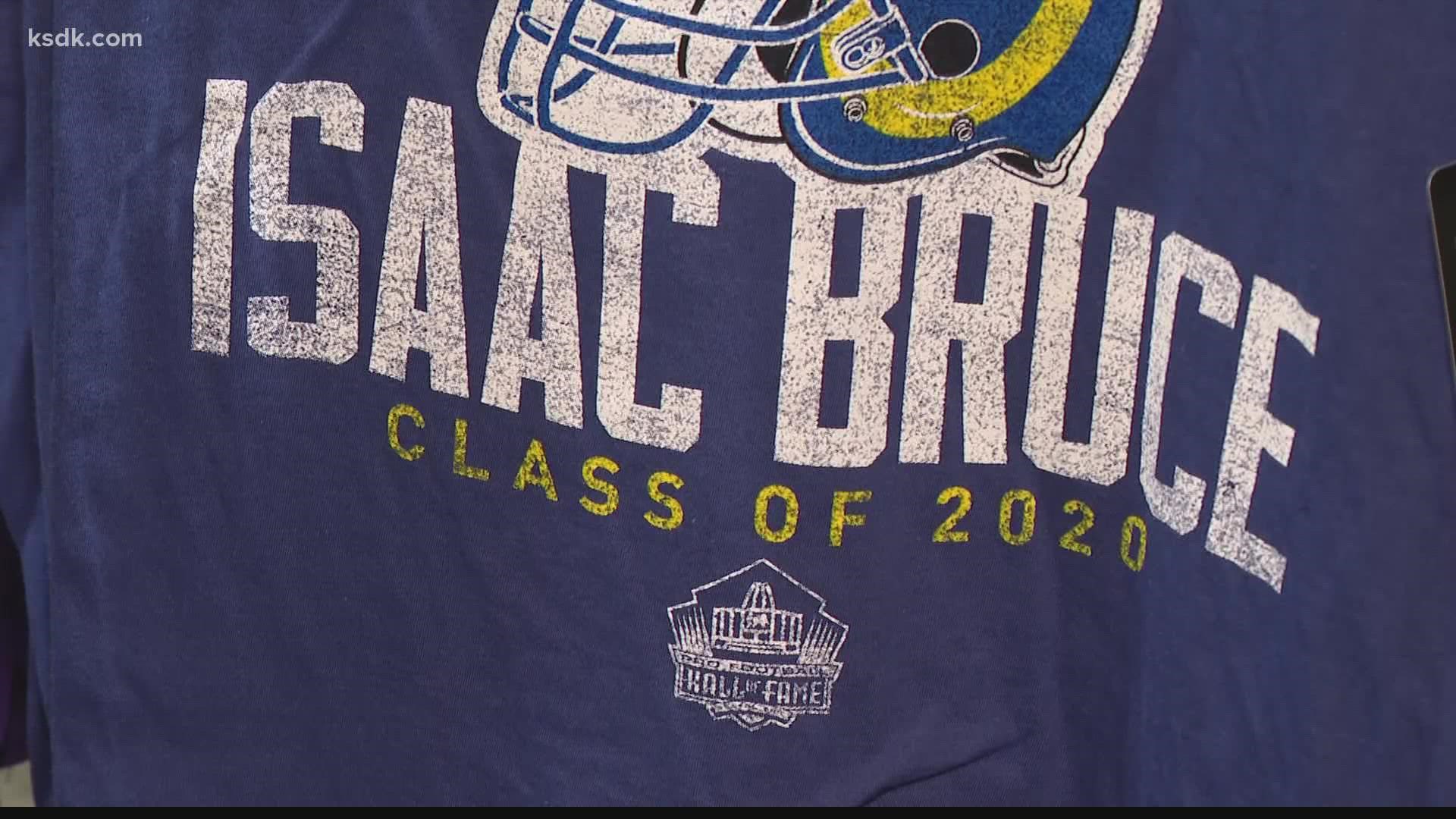 CANTON, Ohio — After years of waiting, St. Louis Rams legend Isaac Bruce will finally take his rightful place in Canton, Ohio, as a part of one of the greatest enshrinement weekends in the history of the hall.

Peyton Manning, Calvin Johnson, Charles Woodson, Troy Polamalu. They are some of the best to ever play the game. Now, Bruce will join these greats as part of the 28-member class at this year's enshrinement.

Due to the COVID-19 pandemic, the 2020 enshrinements of that year's class and a special centennial class were postponed to now. Combined with the 2021 group, 28 men are going into the hall.

It's been a long time coming for Bruce, but his former teammates and coaches say it is well deserved.

Along with the honor of getting his gold jacket and a bust in the museum, Bruce will have the opportunity to thank the people who helped him get there in a speech. Because of the size of the induction class, the hall has limited speeches to eight minutes or less.

One person who is almost sure to get a mention is Mike Martz.

As far as NFL coaches go, Martz may have had the largest impact on Bruce's career. Martz was Bruce's wide receivers coach, his offensive coordinator and his head coach as the two played key roles in some of the sport's most dynamic offenses.

But Martz, who made the trip to see Bruce's induction, said Isaac is a Hall of Fame person off the field as well.

"Isaac's so special to us, he's like son number four," Martz said. "He's such a special human being, aside from being just a phenomenal player. It's just who he is. I just would never miss this."

Bruce knew this weekend would be packed, so he basically bought out a hotel for friends, family and teammates so he could be sure they were there to see it in person.

One of those teammates, former Rams tight end Roland Williams said there was something he did better than anyone.

"I think it was his consistency," Williams said. "I think people say he was the greatest route runner in the history of the National Football League, and I think they're telling the truth."