'I just to get the opportunity to be coached by coach Belichick, that's like the most mind-blowing thing in my head right now.' 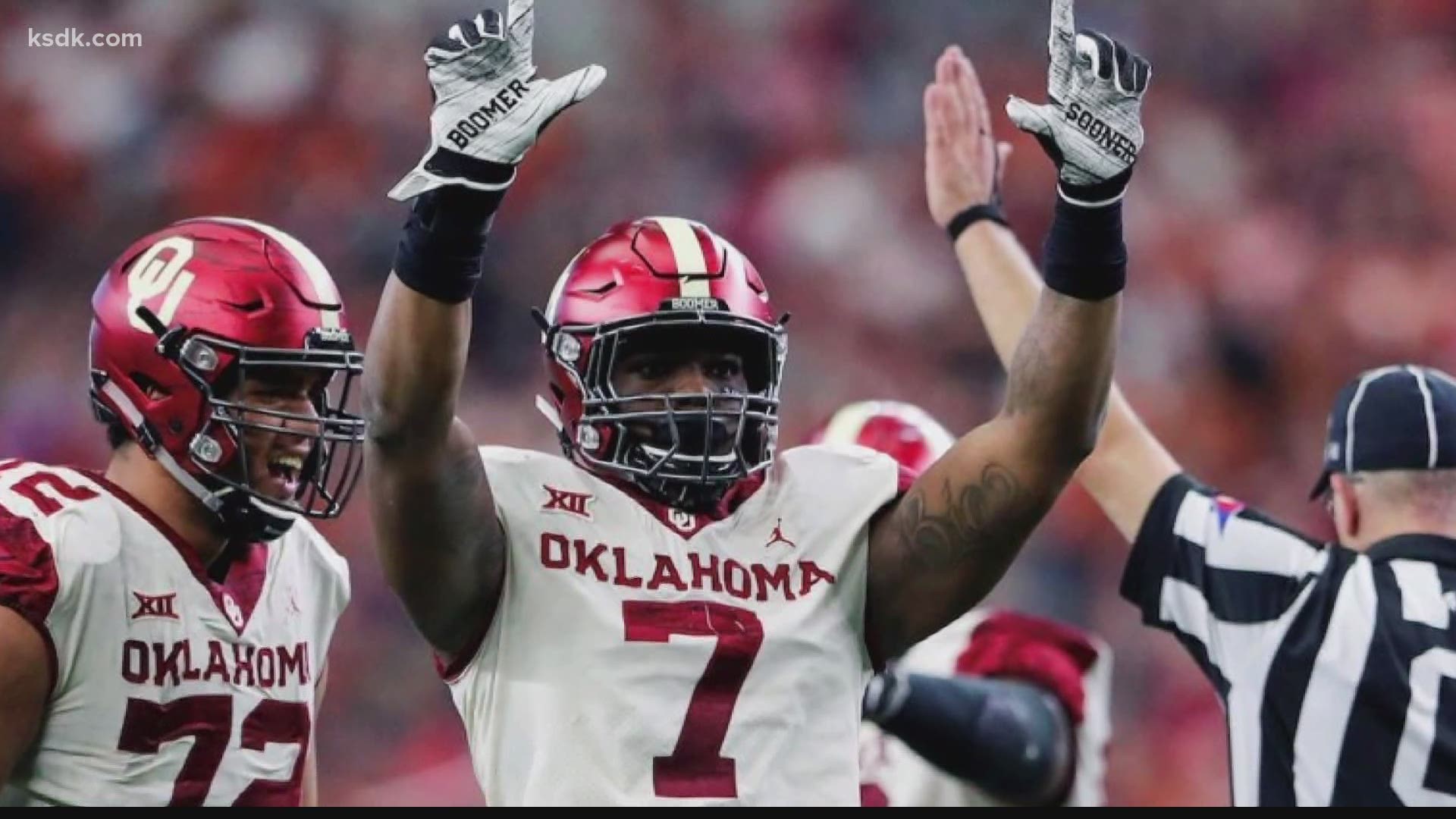 FOXBOROUGH, Mass. — For St. Louis native Ronnie Perkins, his name may not have been called as early as some expected in this year's NFL draft, but as the old saying goes, 'It's better late than never.'

With the 96th pick in the third round, the New England Patriots drafted the versatile defensive end out of Oklahoma, making Perkins' dreams come true.

"Honestly, my mind can't wrap around it," Perkins said talking about his emotions of being in the NFL. "I just to get the opportunity to be coached by coach Belichick. That's like the most mind-blowing thing in my head right now."

His goals are even more surreal when he thinks about his childhood.

"It was my turn to start pee wee football when I was six, my dad got me my first pair of cleats and I got in trouble for running around the whole house and scratching my whole house up because I was so excited to play," Perkins said laughing on the conference call.

Once he was unleashed, Perkins has been causing terror on the football field ever since.

So thankful for coach Belichick and this opportunity 🙌🏾

"Look, he played nasty, this is a New England Patriot through and through," ESPN's Louis Riddick said once the pick was announced. "You watch the Oklahoma State game, Tevin Jenkins, Tevin Jenkins didn't want to see Ronnie Perkins anymore."

As a Sooner, Perkins registered 98 tackles, 16.5 sacks and one forced fumble. On Twitter, Perkins told Pats nation they just got a "dawg".

"In the long run I definitely know the Patriots fans will love me just from watching the past Patriots and defensive greats," Perkins said. "And I definitely know they'll love me and as a person, they getting a guy that loves to interact with the community, who loves to interact with the fans, so they'll definitely be seeing me out in New England and like I said, I just can't wait to go out there, like, I'm really a Patriot now."