From Parkway West, to Mizzou, to a first round pick, to a journeyman backup and now Tom Brady's Super Bowl understudy, Blaine Gabbert's football journey continues 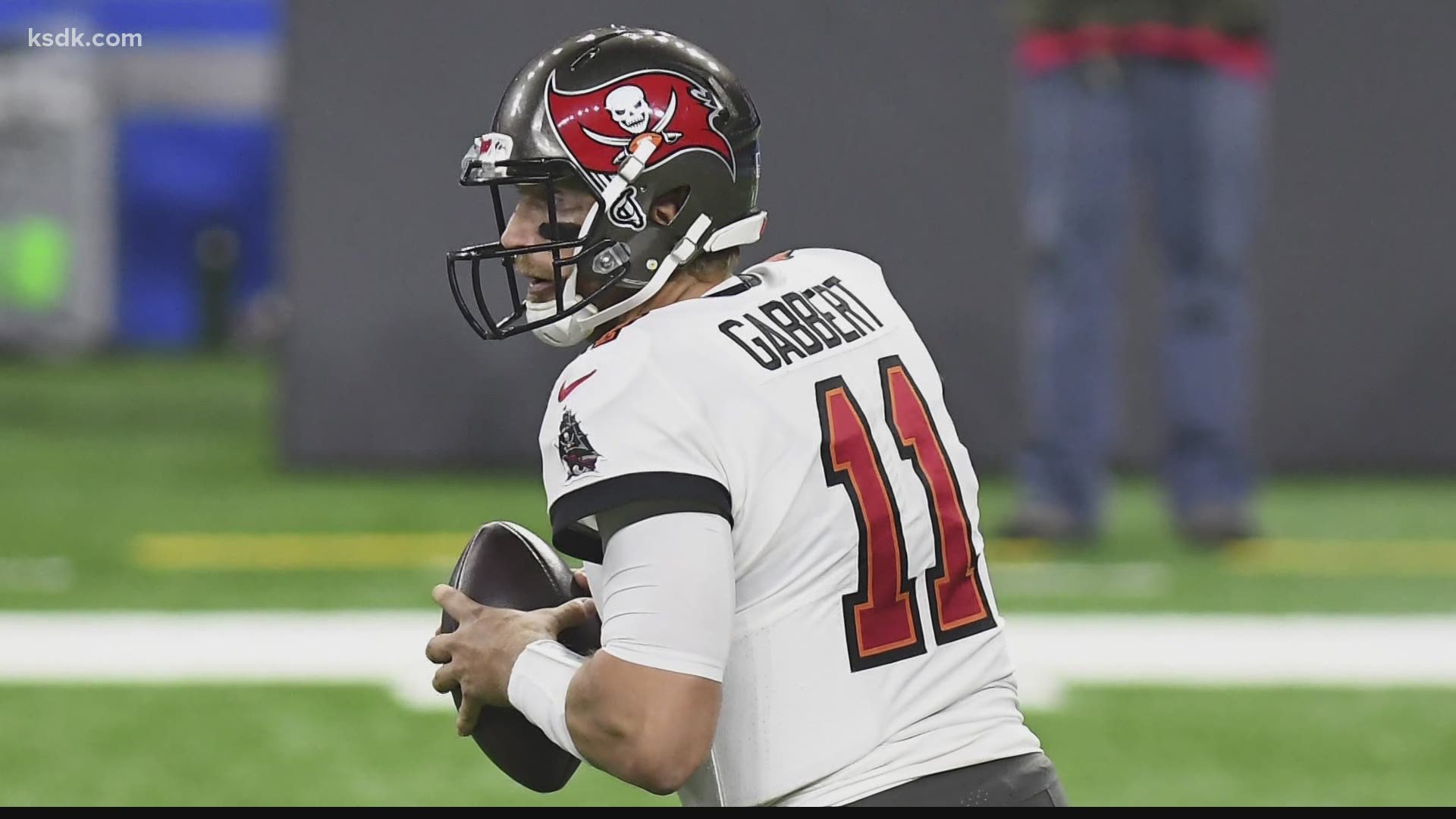 From big-time recruit out of Parkway West, to hyped pro prospect at Mizzou, to 10th overall pick by Jacksonville, to 9 years bouncing around the league and now finally reaching the Super Bowl as Tom Brady's backup with the Buccaneers.

But now Gabbert is on the doorstep of the ultimate prize and winning a championship as his Bucs ready to face the defending champion Chiefs. It took a while, but the St. Louis kid embraces his journey.

"It's been a lot of fun. There's been a lot of ups and downs. I've seen a lot of this country, played a lot of football for many different organizations, but I'm happy where I'm at," Gabbert told 5 On Your Side's Frank Cusumano." I'm really excited to be a member of this team, we've got a great group of guys. I love our quarterback room here. It's been a lot of fun to work with Tom and learn from Tom and see how he does things and I'm just thankful to be in this position. I wouldn't change a thing."

Gabbert has only thrown 16 passes this season and two touchdowns, playing behind the icon of Tom Brady, but he knows he always has to be on his game.

"As a backup you have to prepare the same way week in and week out as if you're going in to play. Because God forbid you know you're one play away," Gabbert said.

Gabbert just happens to be one play away from replacing the greatest quarterback in football history. No pressure, right?

But the kid from Parkway West said it's been a great time learning under the tutelage of one of the icons of the game, and that Brady has taught him a lot of lessons this year.

"Just keep fighting. Just keep chipping away. Not every week is going to be your week. But if you approach each and every week with the same intensity, the same preparation... the cards are going to fall where they may, but we have enough talent on this football team to do things the right way, to win a lot of football games and it's just really about doing things day in and out the right way," Gabbert said of what he's learned most from Brady.

The two also enjoy a bit of healthy competition during practice, and Gabbert actually has some bragging rights on the GOAT.

"We basically have throwing competitions every Friday during our individual period and we have some money riding on it, so it gets pretty testy out there," Gabbert said. "I'm going to catch some heat for this but I think I have double digit wins this year."

By late Sunday night, Gabbert could add another footnote to his wild football journey as a Super Bowl champion. He likely won't see the field, but he believes his Bucs team has what it takes to get it done.

"It's been a lot of fun. We have a special group of guys here. There's been a lot of adversity we've faced this season and the offseason with everything going on. But to come together as a team and make it this far, it's been a very special year," Gabbert said.