Look what rolled into town! 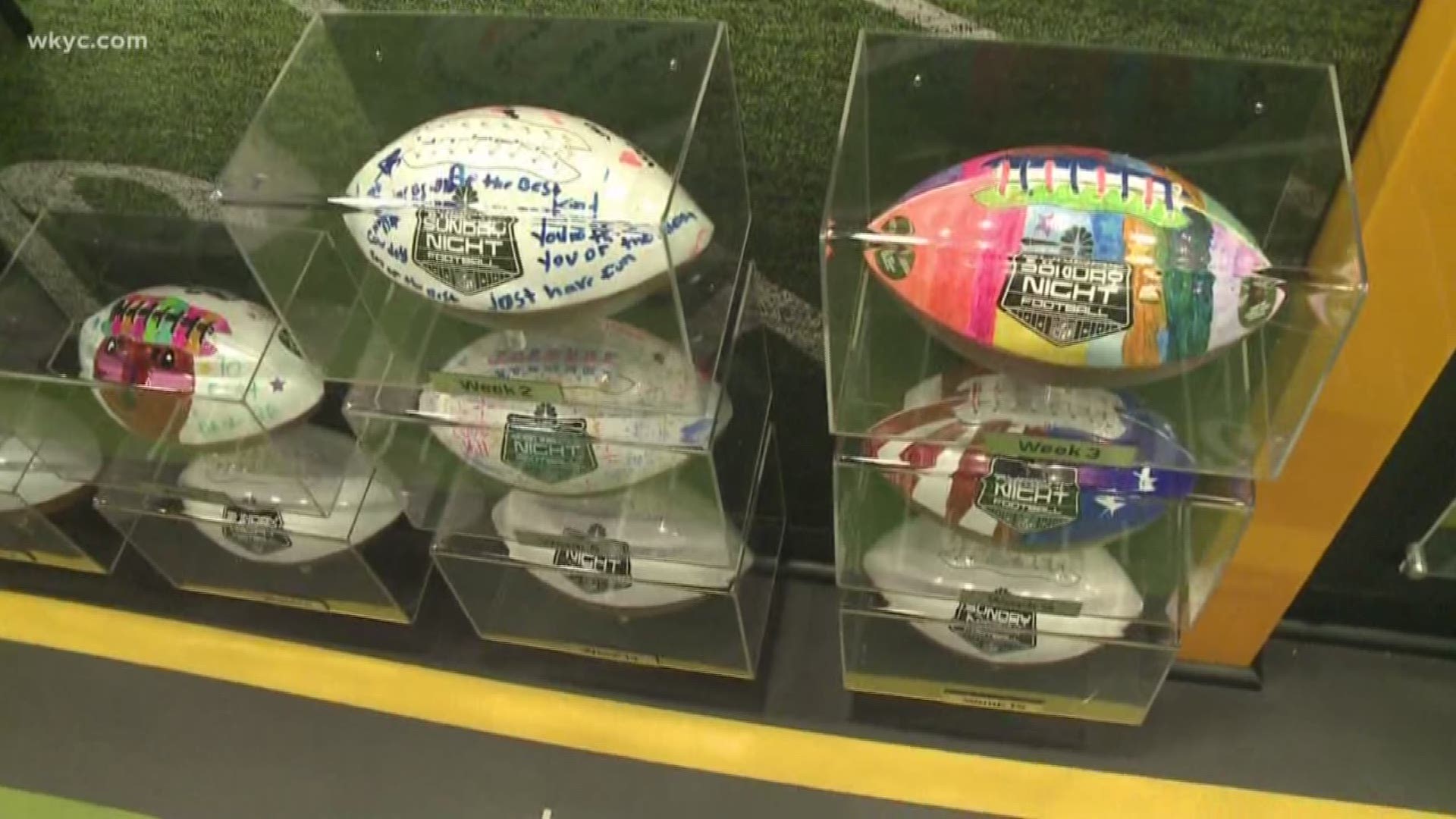 CLEVELAND -- This isn't your ordinary bus.

NBC's Sunday Night Football bus made a stop in Cleveland early Tuesday on its way to Chicago.

The bus tours the country “making stops in the host cities of Sunday Night Football games, giving fans a behind-the-scenes look into the action of SNF broadcasts,” according to NBC Sports.

We did a Facebook live with an extensive inside look at the bus:

The 2018 bus features football field decaling on the floor, and a replica of the Football Night in America studio where fans can grab a mic, and act as “special correspondents” for photos.

During the season, the bus will travel almost 20,000 miles across the country.

See photos inside the bus:

1 / 10
Nov. 13, 2018: We got an extensive inside look at the Sunday Night Football bus as it dropped by Cleveland for a special stop on its way to Chicago. (Photos: Tricia Stuckey, WKYC-TV)