For the Blues and 23 teams part of the playoff group, the opening of training camp, which is the start of Phase 3, is scheduled for July 13

Credit: AP
FILE - In this Saturday, Feb. 15, 2020, file photo, fans pose below the NHL league logo at a display outside Falcon Stadium before an NHL Stadium Series outdoor hockey game between the Los Angeles Kings and Colorado Avalanche, at Air Force Academy, Colo. The NHL Players’ Association’s executive board is voting on a 24-team playoff proposal as the return-to-play format, a person with knowledge of the situation told The Associated Press, late Thursday, May 21, 2020. (AP Photo/David Zalubowski, File)
Author: Lou Korac
Published: 11:54 AM CDT July 7, 2020

ST. LOUIS — The NHL and the NHL Players' Association agreed in principle on a number of key dates and the memorandum of understanding of a four-year extension of the NHL/NHLPA Collective Bargaining Agreement on Monday and included the protocols of Phases 3 and 4 of the Return to Play Plan.

For the Blues and 23 teams part of the playoff group, the opening of training camp, which is the start of Phase 3, is scheduled for July 13. They will then travel July 26 to one of two hub cities, where they will begin Phase 4, which is the resumption of play, with the Stanley Cup Qualifiers starting Aug. 1.

Play will resume with the qualifiers, 16 teams playing eight best-of-5 series and a round-robin among the top four teams in points percentage in each conference to determine seeding for the first round of the Stanley Cup Playoffs.

Teams were permitted to reopen their facilities June 8 for voluntary on-ice and off-ice workouts under Phase 2 of the Return to Play Plan; the Blues started using their practice facility at Centene Community Ice Center on June 22 but were closed this past Friday after it had been disclosed that at least three players had tested positive for COVID-19.

Workout groups were initially restricted to six players and limited staff but later were expanded to a maximum of 12 players.

Beginning Monday, players will be permitted to participate in full activities on and off the ice. Coaches, general managers and hockey operations personnel will have hands-on access and be allowed to have direct interactions with players and conduct all training camp activities while following preventative measures, including enhanced testing for COVID-19 and proper hygiene practices to help prevent the spread of the virus.

Teams are scheduled to travel to hub cities July 26 and they will be housed in Phase 4 secure zones that include hotels, restaurants, practice facilities and the arena where exhibition, qualifier and postseason games will be played. All those inside the secure zone, including players, coaches, team and NHL personnel, arena and practice facility staff, vendors and service providers will be tested daily for COVID-19 and have symptom screening and temperature checks.

When Phase 3 camps begin, rosters will be limited to 30 skaters but an unlimited number of goalies are allowed per team and participation is limited to players eligible for the playoffs, and for the Blues, defenseman Scott Perunovich, the reigning Hobey Baker Award winner, will not be allowed to participate this season, and thus, his two-year, entry-level contract kicks in for the 2020-21 season.

COVID-19 testing will be required for players, team personnel and other personnel who will be in the vicinity of players 48 hours prior to returning to team facilities and every other day after that.

Once Phase 4 begins, rosters will be limited to 31 players (goalies included) and a maximum of 52 individuals per team (ownership, players, coaches, executives and staff) will be permitted inside the secure zone. Daily testing, symptom checks and temperature screenings will be conducted for each person.

The teams that advance from the qualifiers will remain in the two hub cities for the first two rounds of the playoffs. The four teams that advance past the second round will convene at one hub city, rumored to be Edmonton, for the conference finals and Stanley Cup Final.

The NHL and NHLPA each declined its option to reopen the current agreement in September 2019 and triggered its expiration Sept. 15, 2020. There were rumblings that perhaps there would be another labor strife and potential lockout, like in 2012-13. But the NHL and NHLPA continued discussions that began last offseason.

The league has been on pause since March 12 because of the coronavirus.

RELATED: July 1 | A day in Blues history that made positive impacts on franchise 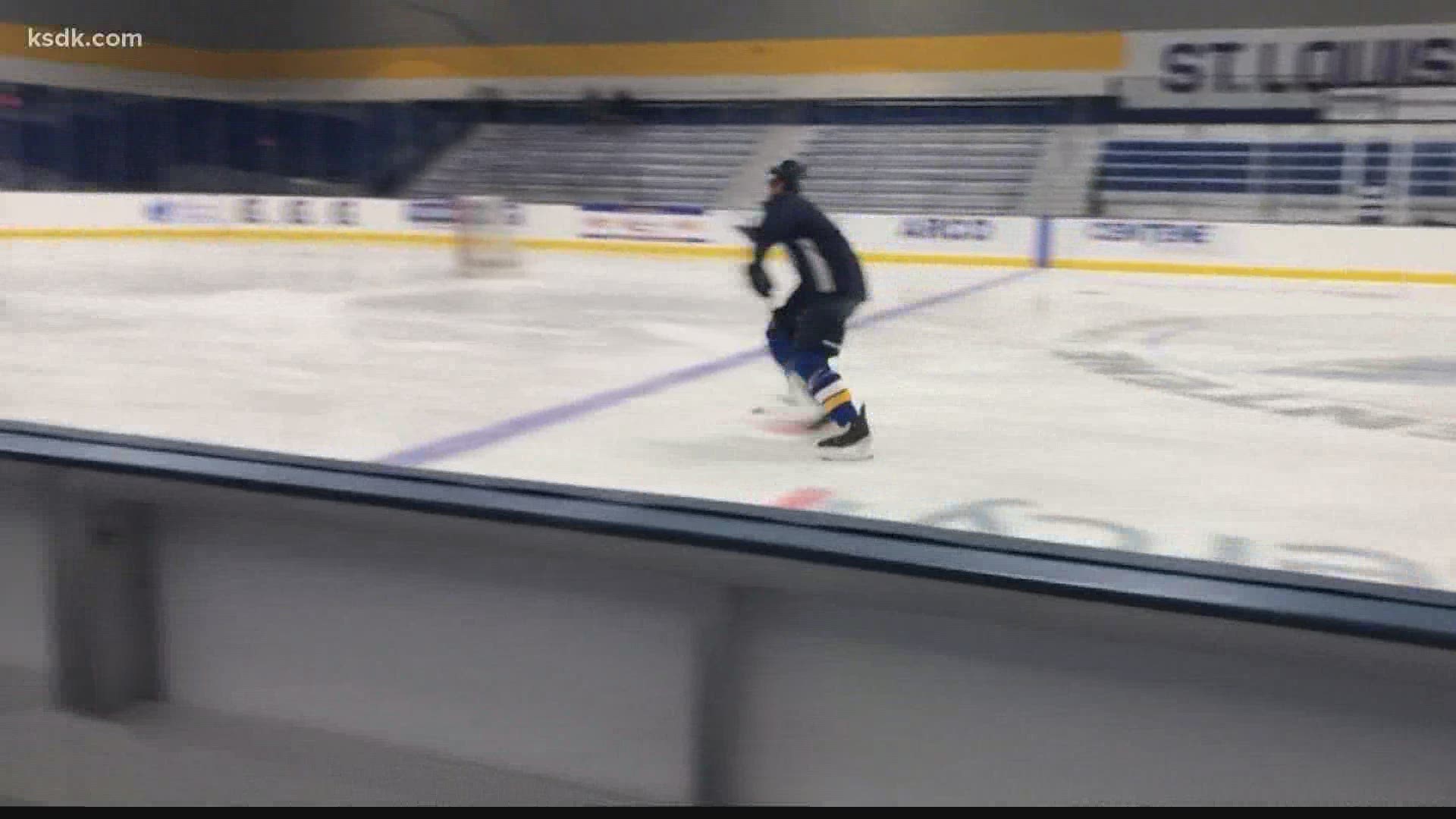