Commentary | 5 reasons the Blues could be special in 2021

It's a 56-game, division-only rush to the playoffs in 2021 and the Blues look up to the challenge. Here's why this year could be special 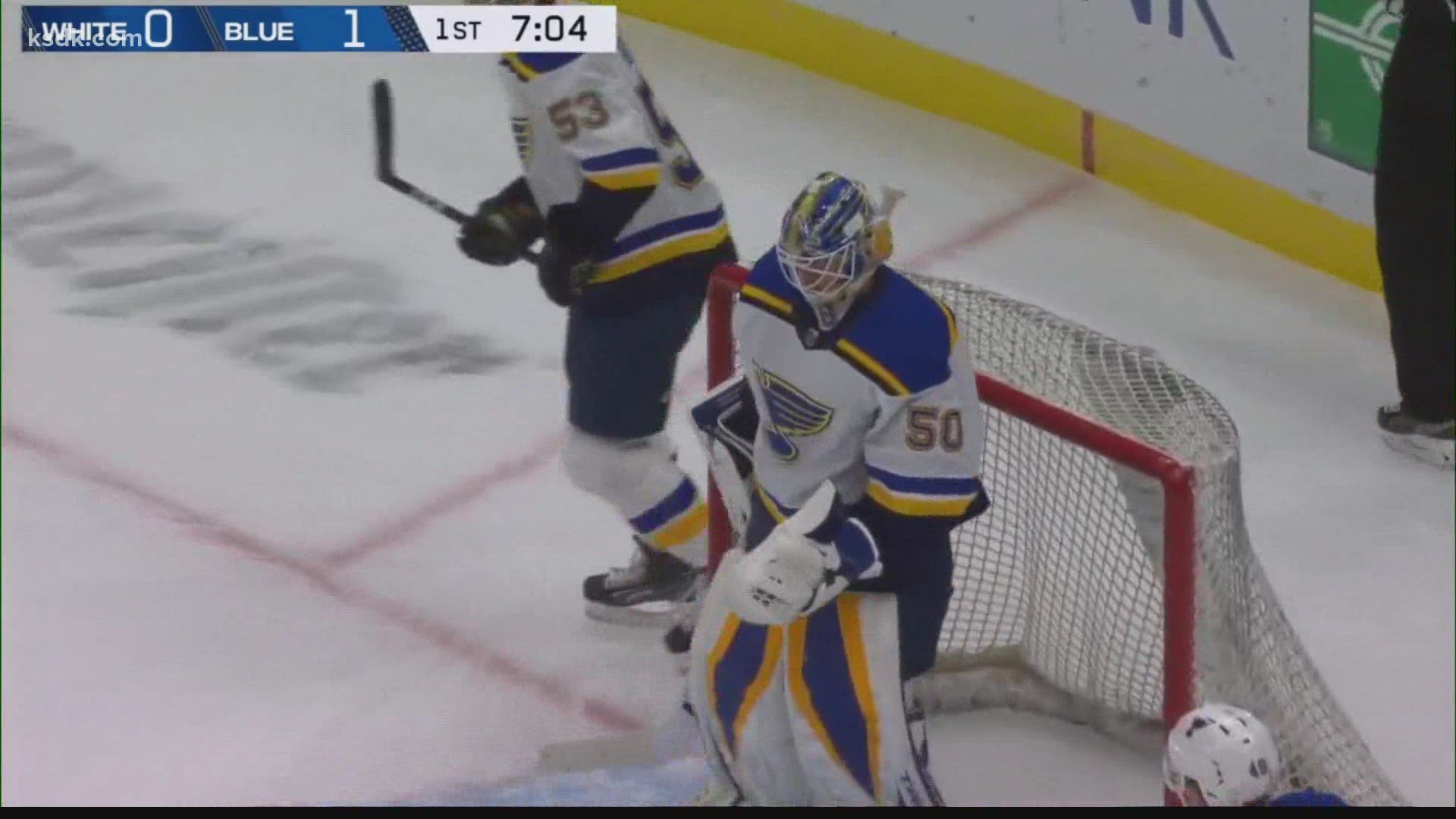 The ending of the Blues' bubble pursuit for a Cup left the team and its fans with bad taste in their mouths. This was a team that was rolling before COVID-19 hit and shook everything up. They rallied as best they could, but it just wasn't the same team up in Edmonton.

Now, they're back. The Blues are reloaded, excited and ready to put the sting of the end of 2020 behind them.

It's a 56-game, division-only rush to the playoffs in 2021 and the Blues look up to the challenge. Here are a few reasons why this year could be special.

1: The core is still strong

The Blues said goodbye to franchise mainstays Alex Pietrangelo, Alexander Steen, Jay Bouwmeester and Jake Allen over the offseason. Now that's a lot of experience on the ice gone in just a few months.

But the Blues had been preparing for this. The core that's still here is strong as ever, and made up of players that had been waiting for bigger roles.

New captain Ryan O'Reilly is the perfect leader for this bunch. He already led by example, and now he's going to be looked at as the main vocal presence to set the tone in the locker room.

Players like Brayden Schenn and Colton Parayko are going to be counted on more for leadership as well, and they're ready for it.

Core pieces David Perron and Jaden Schwartz are still around. And even though he's recovering from injury, we know how dangerous Vladimir Tarasenko can be when he's right.

And young players like Robert Thomas and Vince Dunn are continuing to come into their own.

2: The Blues have incredible depth

The Blues' taxi squad would likely get some decent minutes on most teams.

While Jordan Kyrou is listed on the taxi squad, for now, he's expected to take Tarasenko's place on the active roster once 91 is moved to long-term injured reserve. Kyrou has been perhaps the most exciting player in abbreviated camp and has shown clues he's about to break out.

Mackenzie MacEachern and Jacob de la Rose have both played a good chunk of minutes over the last couple of seasons, and are nice replacements if a forward gets banged up.

Niko Mikkola is a towering defensive prospect who could have easily won a spot on the opening night roster. Look for him to continue to force the Blues' hand to get him in the lineup.

A notable player missing from the taxi roster is Klim Kostin, who is still playing over in Russia. Hopefully, he'll be back with the Blues by at least next season because his offensive skillset is a force.

3: The power play could be the best in the league

The Blues had the third-best power play in the league in 2020. So you know what they did? They went out and made it better.

New defenseman Torey Krug is one of the best power-play players in the entire league and helped Boston to the best percentage on the man advantage a year ago.

New sniper Mike Hoffman, who just officially signed a one-year deal, can also light the lamp on the power play. He's had double-digit numbers in power-play goals in three of the past four seasons.

So far in camp, Krug and Hoffman have been all the rage, and a top power-play line of David Perron, Brayden Schenn, Ryan O'Reilly, Hoffman and Krug could be absolutely lethal.

4: Jordan Binnington is focused on being the guy we saw in 2019

We already know nothing rattles Jordan Binnington. He's had the toughest challenges thrown his way and already battled through to get to the top of the NHL as a Stanley Cup champion.

2020 was a bit of a regression for Binnington, especially in the Edmonton bubble where he had a goals-against average approaching 5.

With no Jake Allen as a safety net anymore, Binnington knows how much his team is going to rely on good play from him in 2021.

He's already moved on from the bubble in his mind, and we've seen just how good he can be when locked in. I'd bet on Binner bouncing back in 2021.

5: Craig Berube is leading the charge

I'm not sure there's been a St. Louis coach in my lifetime I've been more at ease running the show than Craig Berube.

It's just so easy to tell the respect he commands and that he knows what spots to put his guys in to get the best results.

This is going to be another weird year — hopefully with no stoppages — and there's not a better calming voice to get the Blues through it than Berube.

One thing the Blues won't be in 2021 is unprepared. You can count on that under "Chief".