ST. LOUIS – It was one of the best moments from Game 6 of the Western Conference Final… 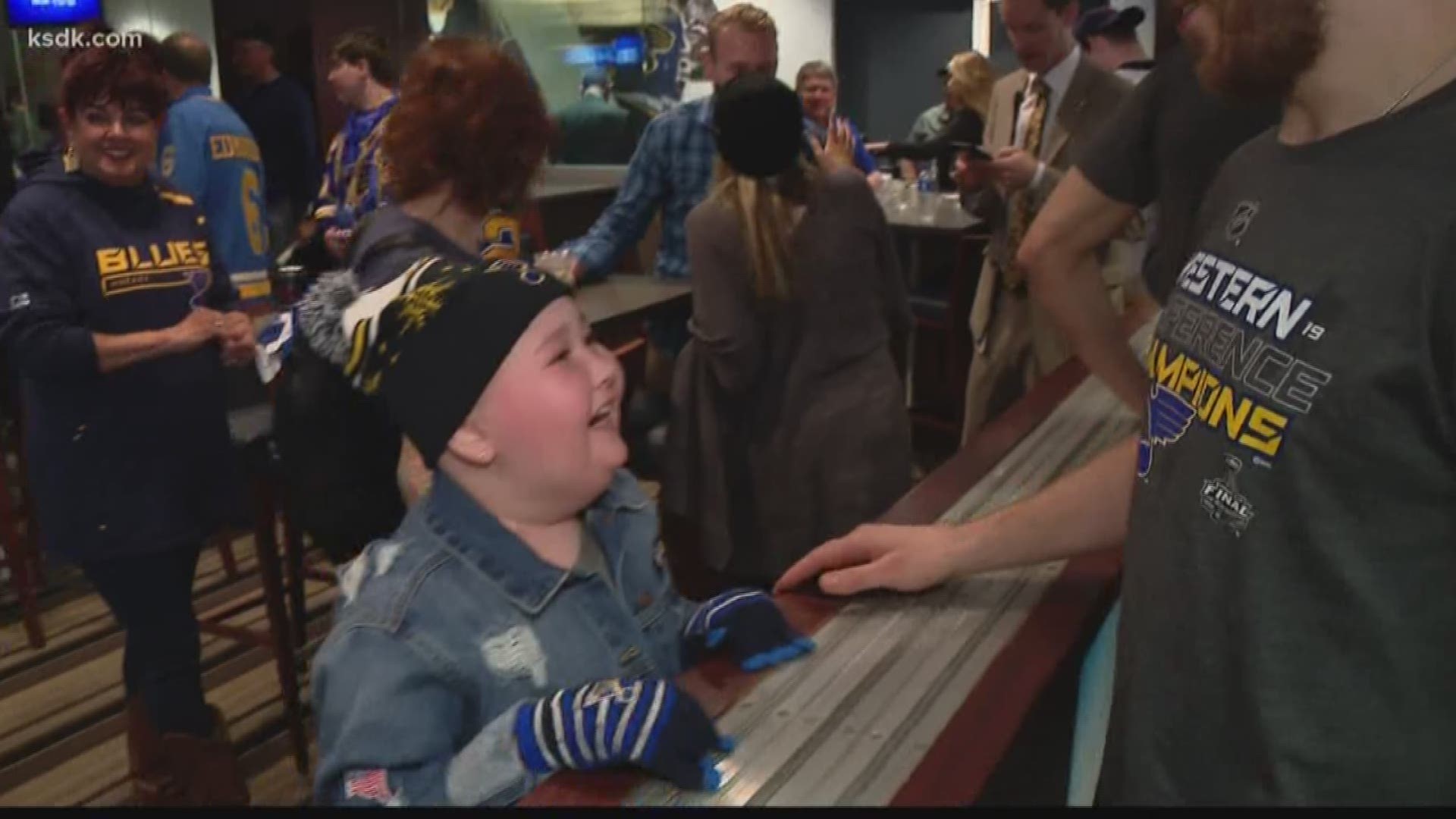 5 On Your Side’s Frank Cusumano found Laila after the game and handed her the microphone to interview Steen live.

“So tell me Alex, what emotions are going through your head?” Steen replied, “Oh, good question… a lot right now! Umm… you know, we’re excited obviously it’s very special to do this in this town and to have you here was a little extra special for us!”

Watch the full interview below

Anderson was diagnosed with a rare disease called ‘HLH.’ The disease is so rare, only 15 other children in the world have been diagnosed with it. During her time in the hospital Alexander Steen was one of the players who visited her.

Earlier this month, Anderson rang the bell at the St. Louis Children’s Hospital to signal the completion of her treatment. She had a Blues-themed celebration with Louie by her side and ‘Gloria’ playing over the speakers.

MORE: Blues vs. Bruins | Here is the official schedule for the Stanley Cup Final