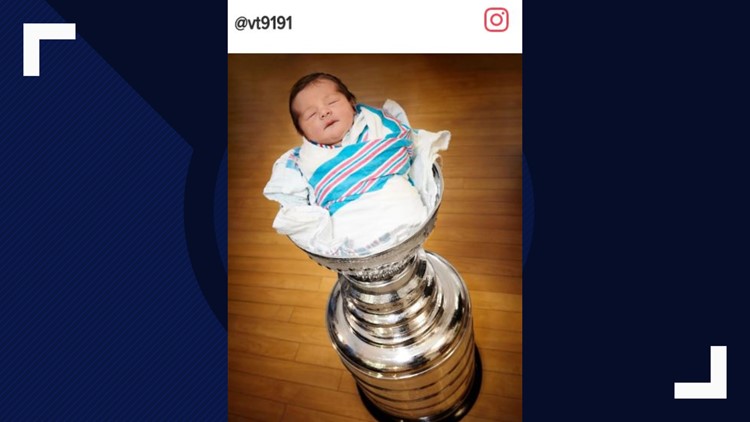 Baby Tarasenko made it in the Cup

ST. LOUIS – We’ve been waiting for this photo! Baby Tarasenko made it in the Stanley Cup.

Vladimir Tarasenko and his wife shared the photo Thursday afternoon. Their baby boy is 6-days-old.

The Tarasenkos have not announced the baby’s name, yet.

The Blues brought home the Stanley Cup around 4 a.m. Thursday! The team's plane landed at 4 a.m. at a special area of St. Louis Lambert International Airport. Alex Steen came out of the plane and hoisted the Cup into the air as he walked down the stairs. On the tarmac, the team took turns holding the Cup in front of the media and fans who gathered at the airport