According to moneypuck.com, analytics predict Colorado to have an 85% chance of winning the first series over the Blues. But the Blues say otherwise 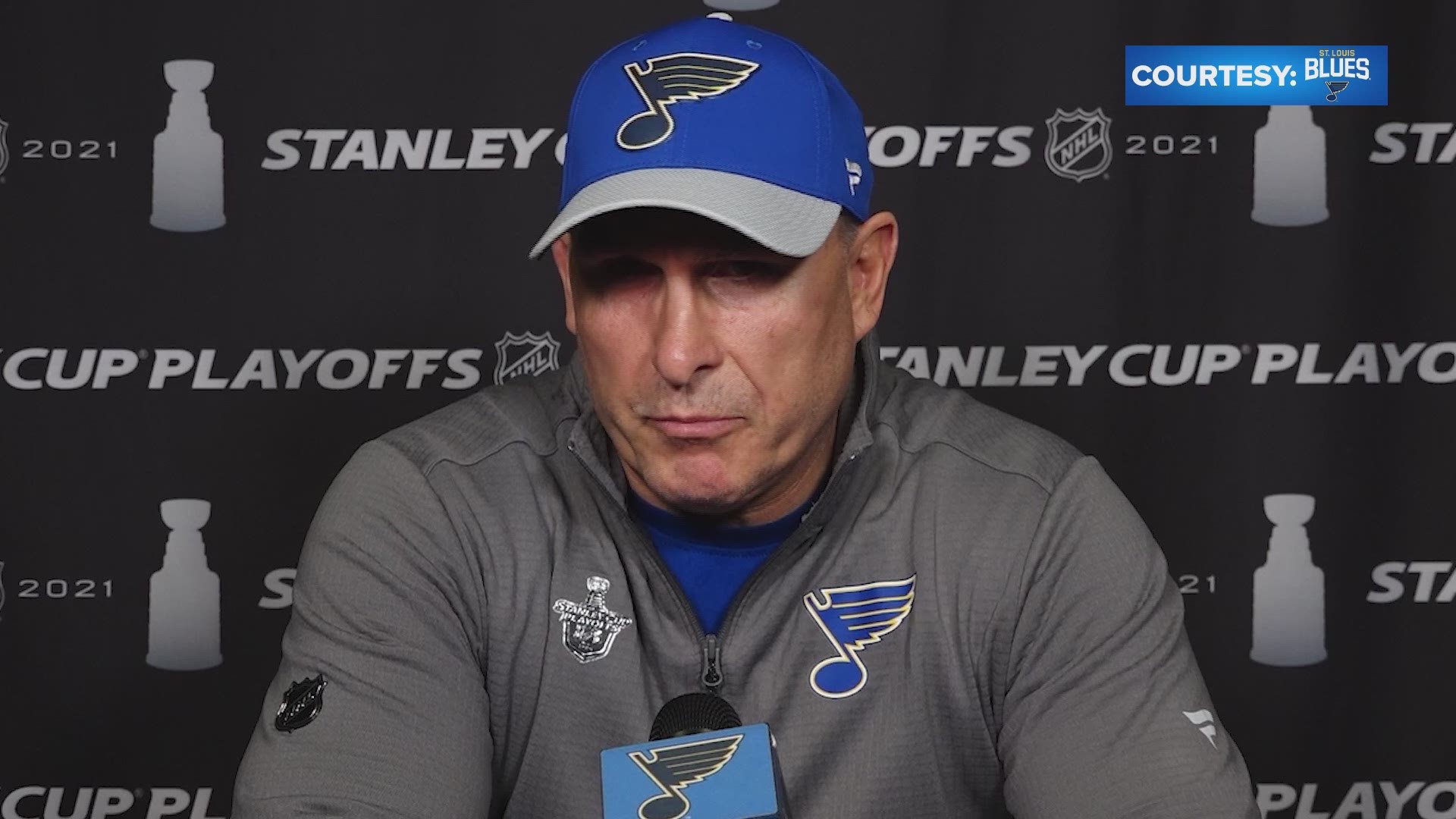 ST. LOUIS — The Blues enter Game 1 of the first round of the Stanley Cup Playoffs Monday in true 2021 fashion.

On Sunday, blues head coach Craig Berube officially confirmed that Blues forward and regular season point leader David Perron has been placed on the COVID-19 protocol list. But he wouldn’t say whether or not Perron has tested positive for the virus, or if Perron traveled with the team to Colorado.

This could most likely mean one of three things:

The distinction of what qualifies a player to be added to the COVID-19 protocol list in the NHL is not cut and dry.

Regardless, Perron won’t be in the lineup Monday for the first game of the series. This brings the total number of players on the Blues’ COVID-19 list to three, where Perron joins forward Nathan Walker and defenseman Jake Walman.

Perron’s absence from the lineup affects a multitude of things, and Blues captain Ryan O’Reilly said it’s a big blow to the team.

“He’s the heart and soul of this team,” O’Reilly said. “You know, I’ve probably played with him most of the time I’ve been in St. Louis, and yeah, I’ve relied on him a lot. So we’ll see. You know, hopefully we’ll get through fine, but it’s frustrating.”

Berube added that Blues forward Vladimir Tarasenko will be a game-day decision after suffering a lower-body injury in late April. Defenseman Vince Dunn will also be a game-time decision as he recovers from illness.

MacKinnon played the majority of the season on the Avalanche’s top line with Mikko Rantanen and Gabriel Landeskog. The trio combined for 70 goals in 56 games.

Blues defenseman Torey Krug said the focus is to shut this line down, but to approach it with a next man up mentality.

“We’ve been able to overcome losing anyone in this group,” Krug added. “That’s the thing about this team. There’s no one bigger than the team, and we obviously have to do it on a bigger stage now.”

The Blues won the final two regular season games against the Avalanche, bringing their series record to 3-5 in 2021.

Neither goalie played in all eight games.

According to moneypuck.com, analytics predict Colorado to have an 85% chance of winning the first series over the Blues. But the Blues say otherwise.

“We’ve got about 12 guys on our team that have won Cups, so we’re pretty confident,” Berube said. “Because they know what it takes to win. They’ve gone through it. Listen, everything that’s happened in the past is out the window now. It’s a new season that starts tomorrow, and you’ve gotta go and make your confidence.”