Team Canada taps Blues' Armstrong as GM ahead of Olympics

Doug Armstrong led the Blues to a Stanley Cup title in 2019. Now, while trying to win another Cup, he's also trying to lead Team Canada to a gold medal 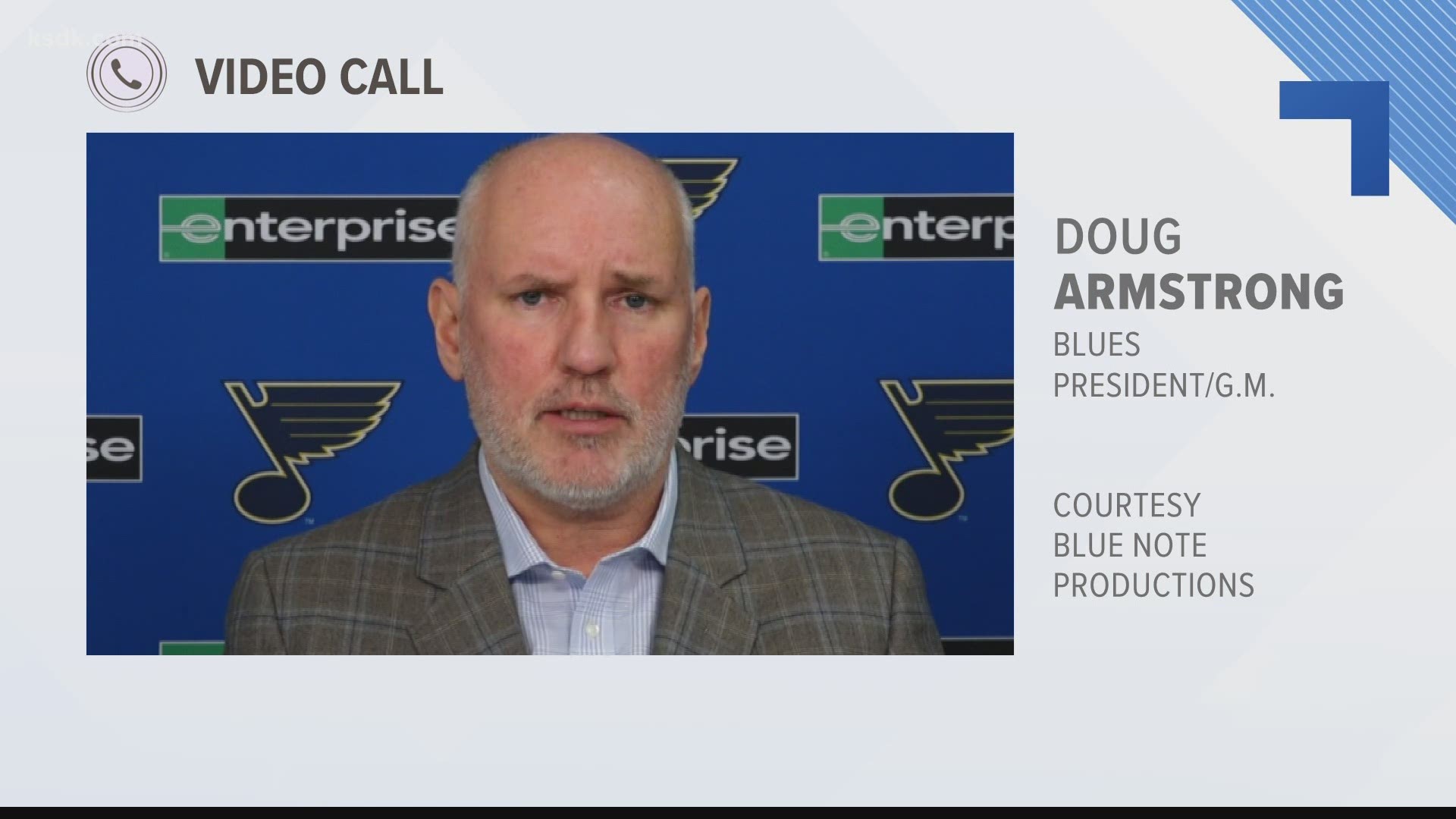 CALGARY, AB — St. Louis Blues general manager Doug Armstrong will be the GM for the Canadian men's team if if NHL players participate in the 2022 Winter Olympics in Beijing.

Hockey Canada announced the move Wednesday, tapping Armstrong after he served on the management team that helped Canada win gold medals in Vancouver in 2010 and Sochi in 2014.

Canada management staff for the 2022 Olympics also includes associate general manager Ken Holland of the Edmonton Oilers and assistant general managers Ron Francis of the Seattle Kraken, Roberto Luongo of the Florida Panthers and Don Sweeney of the Boston Bruins.

The NHL did not participate in the 2018 Games in South Korea after sending its players to the five previous Olympics. The league and the NHL Players’ Association have OK'd negotiations with the International Olympic Committee and the International Ice Hockey Federation on participation at the 2022 and 2026 Winter Games.

USA Hockey doesn’t expect to name its management team until there is an agreement among those groups.

"I got this honor, quite honestly, on the backs of our players in the last decade."

Doug Armstrong comments on the honor of being selected as Team Canada's GM for 2022 Winter Olympics. https://t.co/wFz0h5YOFk #stlblues pic.twitter.com/CzbGu71Igp