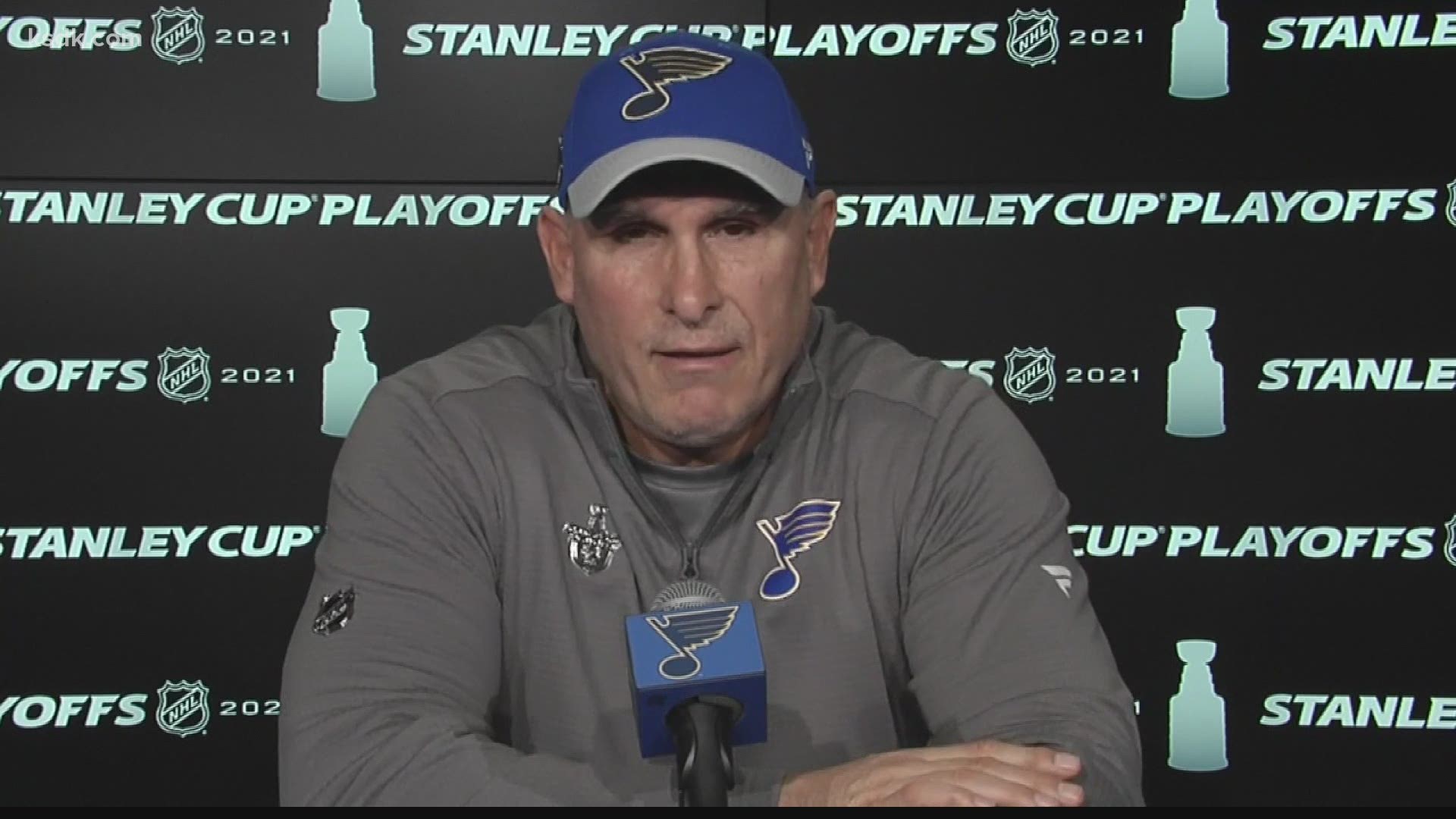 ST. LOUIS — Three years since winning the Stanley Cup, the Washington Capitals find themselves on the brink of their third consecutive first-round playoff loss.

The Boston Bruins will eliminate the Capitals on Sunday night with a win in Game 5.

Capitals coach Peter Laviolette was behind the bench for Philadelphia in 2010 when the Flyers erased a 3-0 series deficit to beat, yep, you guessed it, the Bruins.

The 2019 champion St. Louis Blues are on the verge of a second consecutive first-round exit, down 3-0 to the Presidents’ Trophy-winning Colorado Avalanche going into Game 4 (4 p.m., NBC Sports Network) Sunday at the Enterprise Center.

Blues coach Craig Berube was on Laviolette’s staff in 2010 and talked to his team about that series Saturday morning.

“We won a game, you get some confidence,” Berube said. “You win another one, and then it’s a series.”

While Laviolette said he could make a lineup change or two, the Blues will likely again be without defenseman Justin Faulk, who was injured by Nazem Kadri’s illegal check to the head in Game 2 that drew an eight-game suspension.

A closer look at Game 4

BOTTOM LINE: The Colorado Avalanche look to clinch the first round of the Stanley Cup Playoffs over the Blues in Game 4. The teams meet Sunday for the 12th time this season. The Avalanche won the last meeting 5-1.

The Avalanche are 39-13-4 against opponents in the West Division. Colorado has scored 197 goals and leads the league averaging 3.5 goals per game. Mikko Rantanen leads the team with 30.

Rantanen has 66 total points while scoring 30 goals and totaling 36 assists for the Avalanche. Nathan MacKinnon has five goals and four assists over the last 10 games for Colorado.