So far through three days of on-ice training, all 40 players in attendance at Blues camp have participated 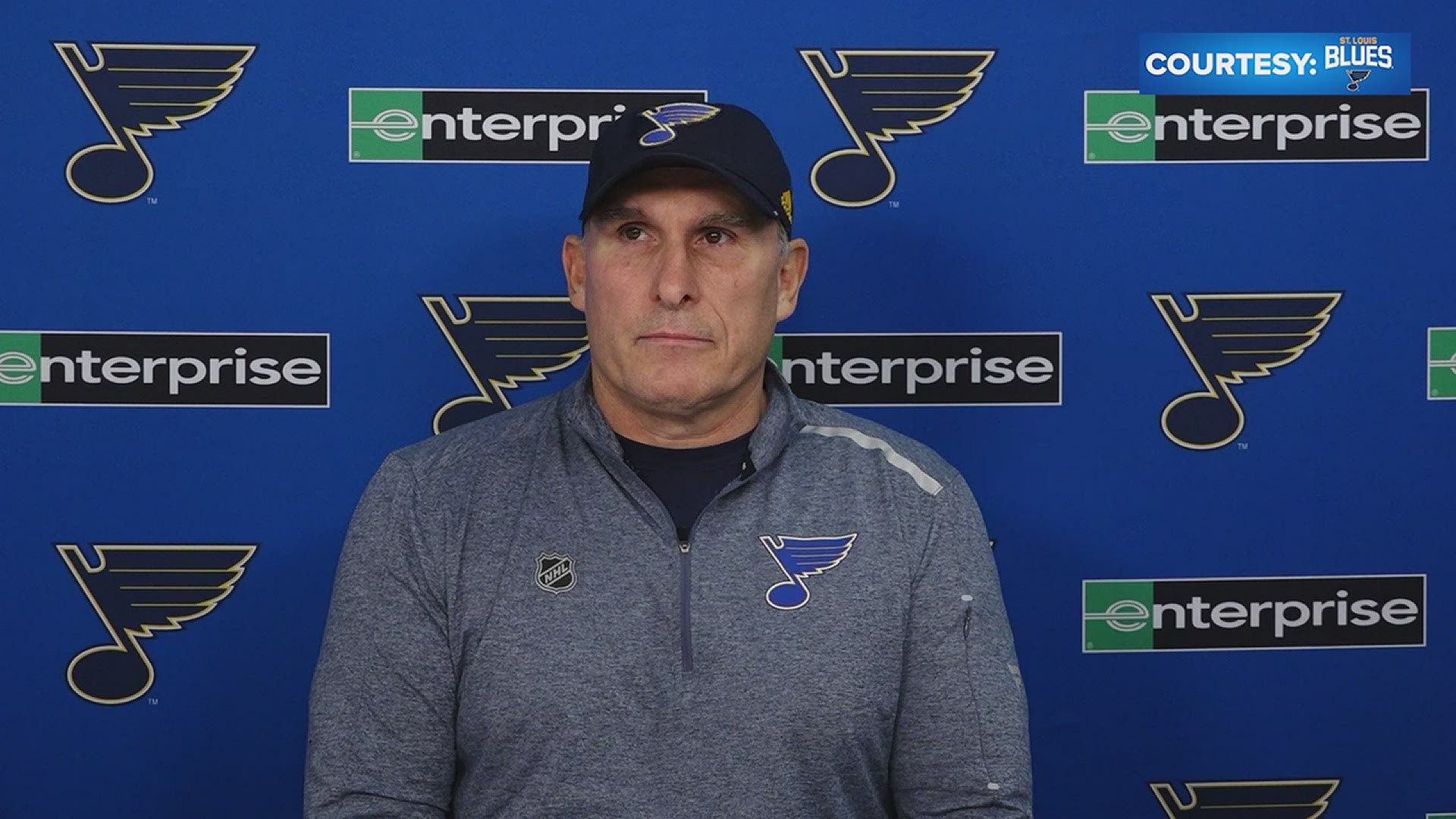 ST. LOUIS — Watching David Perron whip around the ice the past two days at the start of Blues training camp, one wouldn't suspect anything was wrong.

There isn't anything wrong with Perron these days, but as the bubble experience came to an abrupt and surprising end, Perron needed to get right physically, and he did.

The 32-year-old needed to have sports hernia surgery but is feeling good again following the procedure.

Perron, who tied Brayden Schenn with 25 goals for the most on the team during the regular season last year, has skated with Schenn and Ryan O'Reilly in camp thus far.

"I had a little bit of a minor surgery done early on in the offseason," Perron said Tuesday. "I was able to recover with a lot of time with our trainers here, our doctors and obviously being able to train and skate at our facilities. That helped me a lot."

* Canucks to share AHL affiliate with Blues -- The Blues have simply been snakebit when it comes to alligning with the American Hockey League.

On Monday, the Blues' affiliate, the Springfield (Mass.) Thunderbirds, announced they were opting out of the 2020-21 AHL season because of concerns of COVID-19 and the the unavailability of a building to play in. The Milwaukee Admirals (Nashville Predators) and Charlotte Checkers (Florida Panthers) also opted out of the season.

Hosting fans is a lifeblood of AHL franchises and with the current restrictions in Massachussetts, the possibility of that happening wasn't available and the Thunderbirds chose to close shop instead of playing a 26-game schedule this season.

The Blues formed a partnership with the Thunderbirds for this season after the San Antonio Rampage, the Blues' previous affiliate, was sold and relocated to Las Vegas to serve as the Vegas Golden Knights' affiliate.

"All professional sports have been impacted by the inability to open arenas and facilities to their fans,” Blues general manager Doug Armstrong said in a statement. "That is particularly true at the minor professional level where fan attendance is the lifeblood of business operations. We look forward to working with Springfield in the 2021-22 season. In the meantime, we have reached a working agreement with Utica where our prospects will continue to develop for the 2020-21 season."

And thus, the Blues formed a one-year partnership with the Vancouver Canucks to put their players with the Canucks' AHL affiliate, the Utica (N.Y.) Comets.

"Due to the unique circumstances, we are pleased to partner with Vancouver and Utica for the upcoming 2020-21 season," Armstrong said. "We trust that our players will be in good hands with the direction and leadership of the Canucks, Comets and especially (president) Robert [Esche], (GM) Ryan [Johnson] and (coach) Trent [Cull]."

* PP work, attendance is perfect -- The Blues rolled out their initial power play units on Wednesday before taking the ice for a scrimmage and ... they look pretty balanced and of course, lethal.

Of course, it's a good problem to have, but coach Craig Berube will also have at some point when he returns from his shoulder injury, forward Vladimir Tarasenko, at his disposal for a group that was third in the NHL last season at 24.3 percent.

And so far through three days of on-ice training, all 40 players in attendance have participated, although 2020 first-round pick Jake Neighbours left the second group early after taking a caromed puck to the face/mouth and did not return.

* Blues to be featured on NBC Networks seven times -- NBC announced its lineup for televised games for the 2020-21 season and the Blues will be on it seven times, including opening night at Colorado on NBCSN (9:30 p.m.).