Blues get new dates for rescheduled games against Colorado, Minnesota and Anaheim 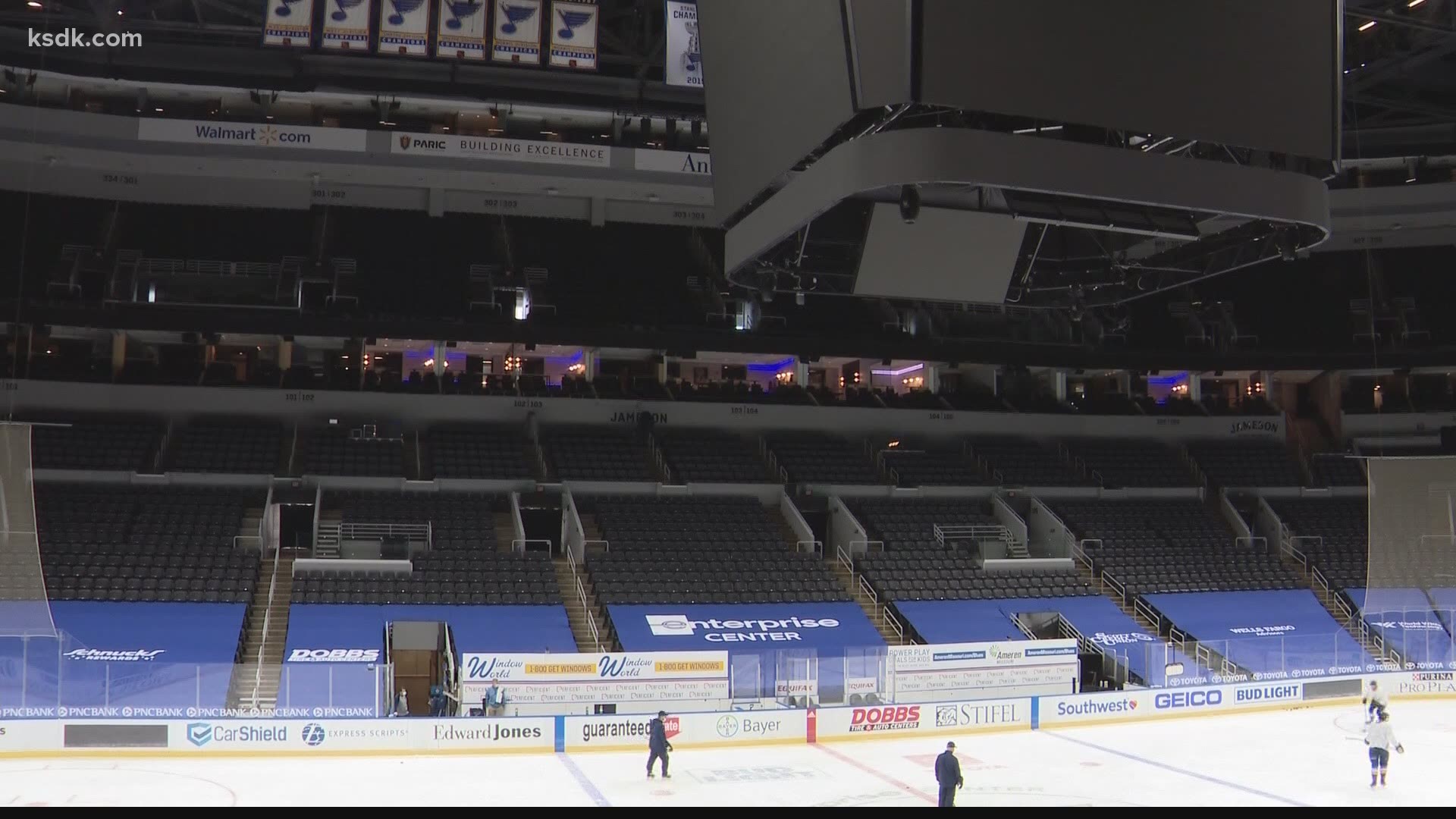 ST. LOUIS — Due to COVID-19 issues on other teams, the Blues were forced to play seven straight games against the Arizona Coyotes. Now, the NHL has announced when their games that were postponed will be made up.

Here's a rundown of the changes in games between the Blues and Avalanche, Wild and Ducks. And there are quite a few.

Postponed games against the Colorado Avalanche and Minnesota Wild have been rescheduled. https://t.co/RYVM3gtoGh #stlblues

The Blues will begin a two-game series with the San Jose Sharks at home in St. Louis on Thursday, Feb. 18.

The Blues are currently in second place in the West Division with 20 points and a .625 winning percentage. Despite the schedule shuffling, they have played 16 games this season, tied for the most in the division.

Their next time on the ice will be a home series against the San Jose Sharks that starts Thursday. They'll host the Kings next week before heading out on a west coast road trip.

They will have just four home games in the month of March.