Vladimir Tarasenko to undergo surgery, out for at least 5 months

He will be re-evaluated in five months. By then, there will only be one week left of regular season play. 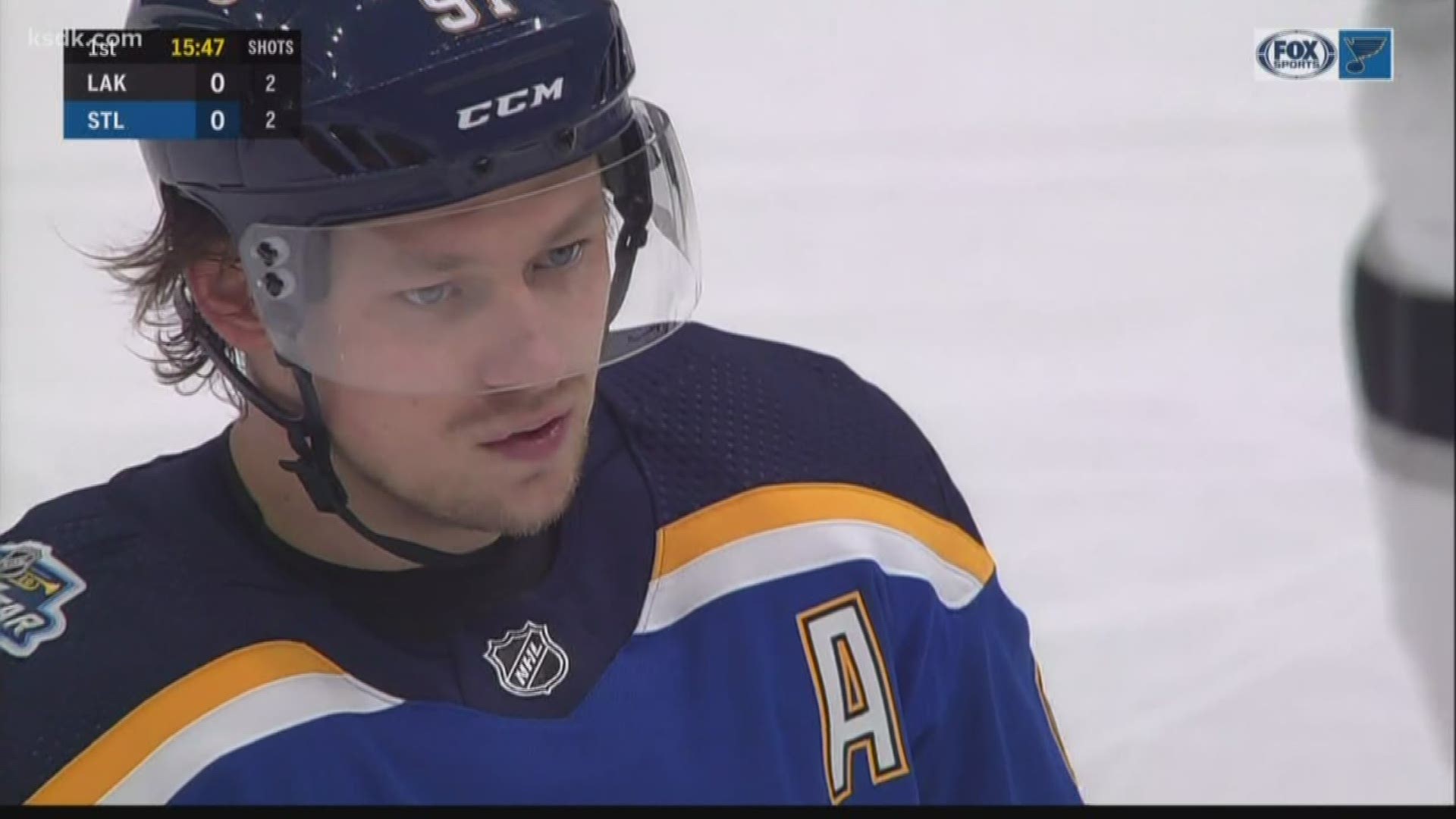 He will be re-evaluated in five months. It'll be the end of March by then and there will only be one week left of regular season play.

Tarasenko suffered the injury during the first period of the Blues’ 5-2 victory over the Los Angeles Kings on Thursday, Oct. 24.

This is the same shoulder that Tarasenko underwent surgery for following the 2017-18 season.

The team has placed him on long-term injured reserve.

In the first month of the 2019-20 regular season, Tarasenko has 10 points consisting of three goals and seven assists.

This injury comes just four months after the Blues Stanley Cup win where Tarasenko had a 68-point regular season. The power forward had 33 goals and 35 assists.