Tickets for the Feb. 2-7 games will be made available via a presale to season ticket holders beginning Thursday, Jan. 28 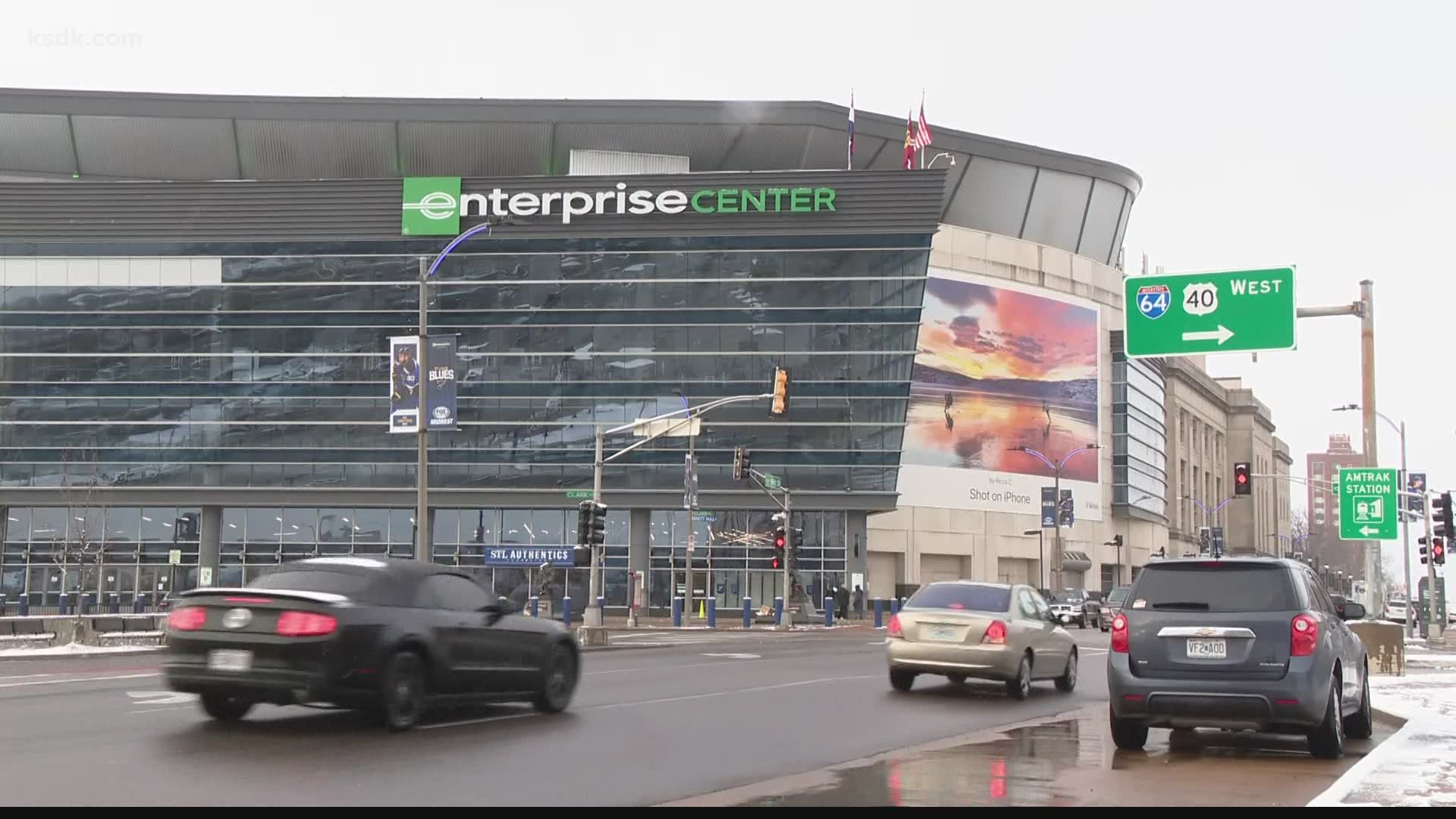 ST. LOUIS — The St. Louis Blues will start allowing fans back into the Enterprise Center for games starting next month.

A press release from the Blues said this will allow the team to increase attendance to 1,400 fans for the next set of home games, starting with the team's Feb. 2 game against the Arizona Coyotes.

"Our team looks forward to bringing fans back to enjoy Blues hockey with us in person when we return home," said St. Louis Blues President of Business Operations and CEO Chris Zimmerman. "Through the partnership with local health officials and the continued compliance of safety protocols by all members of our team and staff, this marks an important step in responsibly returning our dedicated fans to Enterprise Center. We can't wait to see and hear more of them back in the stands."

“I think it’s great. It will be good to have some Blues fans back in the stand to support the team. Seeing how some other professional teams did it and it went pretty good for them, so I think it will fine for us. I’m ready to shout let’s go Blues!” said diehard fan, Nathaniel Austin.

“I think that the Blues should have done that from the beginning. I mean like this pandemic isn’t going away. If you’re gonna go to a grocery store, if you’re gonna go anywhere like even to a grocery store that we’re allowed to, then I think you should be allowed to go see sports. Without a doubt when more Blues fans are back in the stands, I’m sure that will mean more bucks for us and help our business," added Ashley Vancil, manager at Angry Beacer Sports Bar down the street from Enterprise Center.

The Blues were allowed to increase attendance at games because the team successfully implemented NHL safety protocols during the first few homestands of the season. The release from the team says more fans could be allowed to attend games based on local COVID-19 metrics.

The team will continue to invite health care workers, first responders, grocery store workers and other essential workers as a show of appreciation for the work they have done for the community during the pandemic.

The Blues are 4-2-1 on the season, good for second place in the NHL West division. Their next game is Thursday night at 8 p.m. in Las Vegas.

Due to the success of health and safety protocols during our first homestand, we have been approved to increase attendance to 1,400 fans beginning Feb. 2. https://t.co/ysY4KSbuWP #stlblues