'As long as I play here I will work 100%': Vladimir Tarasenko talks about dramatic offseason

"It's been a weird summer. But it's going to stay between us, between me and Doug (Armstrong). I'm here to work," Tarasenko said 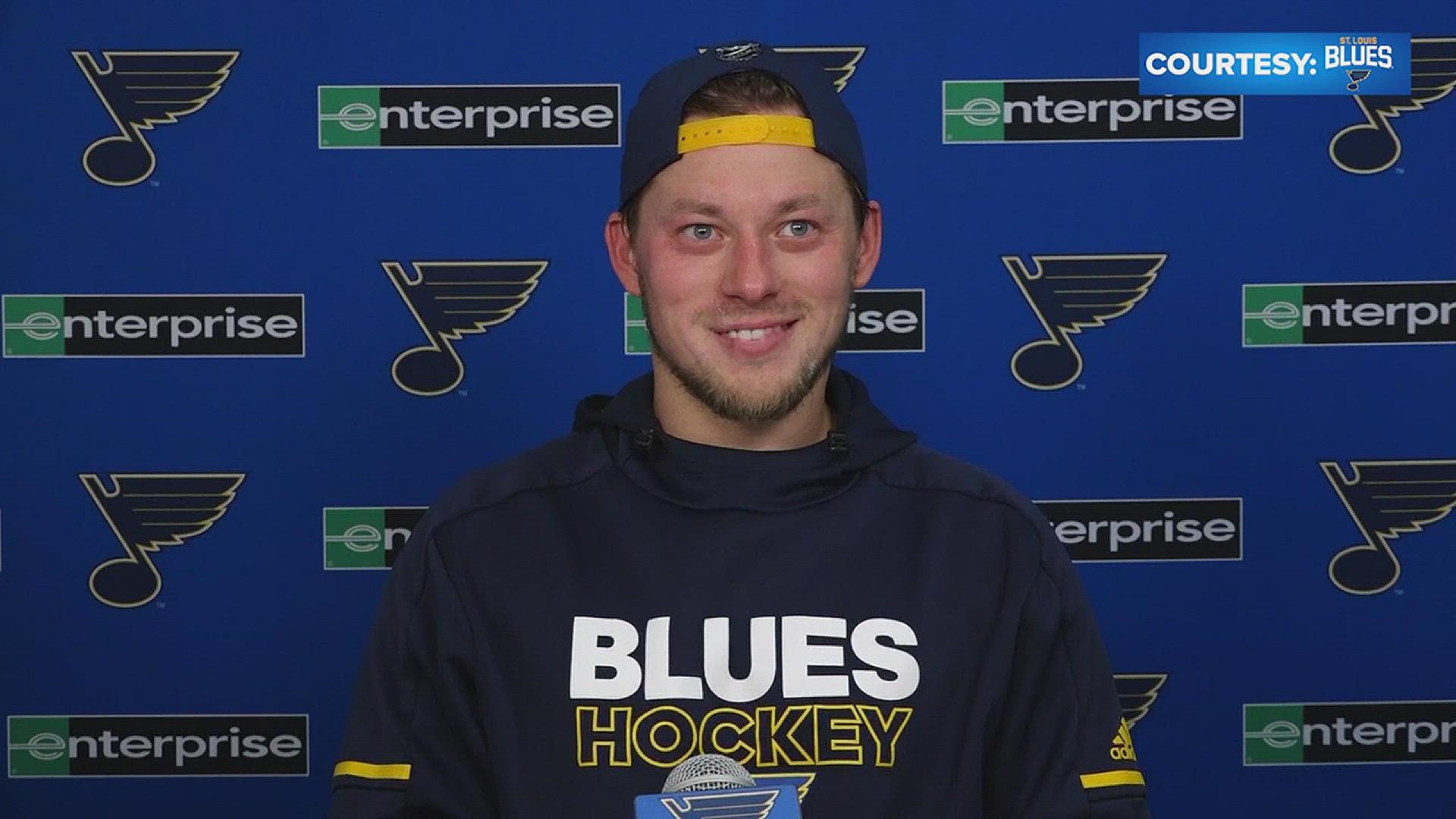 After an offseason of speculation, waiting and drama, the Blues opened 2021-2022 training camp on Thursday. And Vladimir Tarasenko was on the ice after all.

Tarasenko had requested a trade in the offseason, but the Blues were unable or unwilling to find a trade partner that matched up with what they wanted in return.

So now, the 29-year-old winger is back and said he's ready to work as a member of the Blues.

"Everything is good. My mindset is good. Happy to be with the guys. I have a good relationship with the guys. It's been a weird summer. But it's going to stay between us, between me and Doug (Armstrong)," Tarasenko said. "I'm here to work. As long as I play here I will work 100%. I'm 100% healthy."

Tarasenko said the summer is in the past, and that he doesn't want to be a distraction for his other teammates, who he said he still had good relationships with.

"It's all behind. I don't see the reason to discuss it now. Camp starts, you know. I don't want to be a distraction in the room. Like I said I'm here to work. I'm healthy and happy to play hockey again," Tarasenko said.

"The guys give me a lot of support in the room. Everybody was happy to see me and everybody was nice to me, so I can't complain about this one."

Much was made in the offseason about Tarasenko's future from both fans and media members alike.

At times, Tarasenko has been a star, but injures have limited him to just 34 regular-season games in the past two years combined.

Tarasenko said he's healthy heading into this year, and wanted to thank the people who had continued to support him.

"We've been here for nine years. I want to mention one thing. We've always loved the St. Louis community. We've always tried to help the community as much as we can. Me and my family are very grateful for those people who support us through these last nine years, especially this summer we received a lot of support. Really grateful to have this. This is our home. I'm happy to be with the guys. Like I said before I'm healthy and happy to work," Tarasenko said.

The forward will return to a Blues team with some new faces and big expectations. With 2019's Stanley Cup now a full two seasons behind them, Tarasenko and the Blues are looking to get back on top.

"On paper it's a very good roster. We have a lot of good players. A lot of experienced players. We won two years ago, but (it's) behind (us)... So I think it's time to kind of forget about it," Tarasenko said. "We still have a lot of guys from that team so we have a winning mentality here. Obviously the last couple of years wasn't as great as we want, but this is a new year, we have the same goal and we're ready to work."

And as you might expect, whether Tarasenko is looking to prove he has value on the trade market, or help the Blues get back to the Stanley Cup Final, he's going to be out to prove he can still be productive.

"I have a lot of pride in my name. We have a sports family. First I will play for a team and play for my name," Tarasenko said. "I received a lot of support but also received a lot of bad messages and bad articles so I have a big motivation to prove it wrong, so this is it."

The Blues' first preseason game is on Sept. 25.