"Thank you Bobby for teaching us to respect the logo, and be responsible men in a city that loves us. And may you rest in peace, coach. Cheers, buddy." 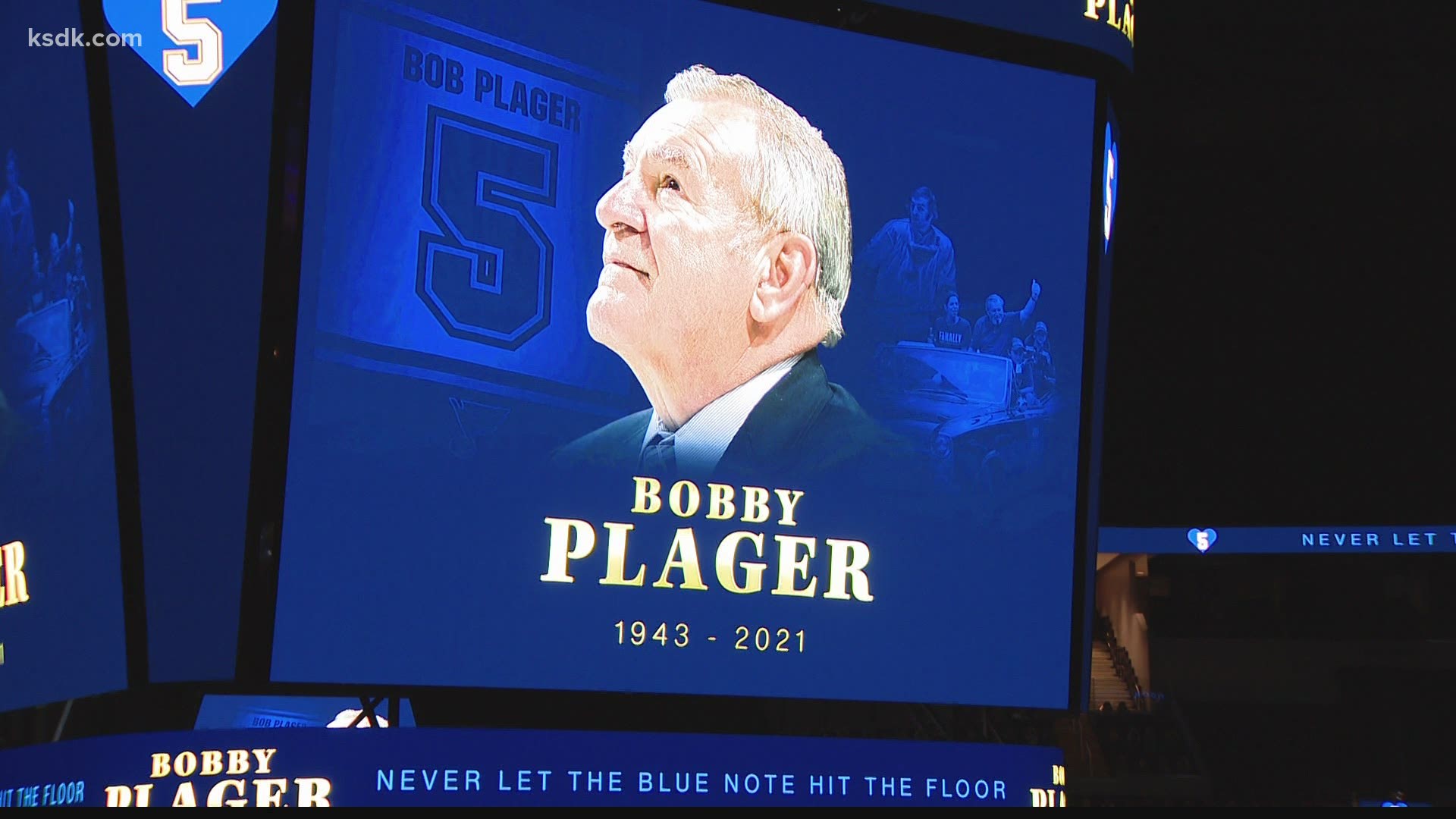 ST. LOUIS — Over the weekend, the city of St. Louis came together to honor a Blues legend one last time.

Fans filed in on Friday to pay their respect to the late Bobby Plager in a public viewing at Enterprise Center.

On Sunday, family, friends and former teammates joined together for a private ceremony also on the ice at Enterprise Center.

Stories were shared, tears were shed, Charles Glenn provided a moving soundtrack and an incredible life was remembered.

You can watch the entire service by clicking here.

One of the most moving moments came from Plager's grandson Jacob Briggs, as he remembered his "Coach".

"Most people know my grandpa as a tough, gritty hockey player. But I knew him as 'Coach'. He was truly the best grandpa whether he was taking me to hockey practice at 7 a.m. or taking me to Hooters on my fifth birthday. We always had a good time," Briggs said. "I got to do a lot of cool stuff with Coach, but what I'm going to miss most is the trips we would take. From amusement parks to our annual road trip to watch the Blues. I will miss our talks in the car and many stories he would tell. Some of which were not appropriate for my age... Sports will be different without him there watching me in person, but I know he'll be watching me from above."

Jacob Briggs plays hockey and wears No. 5 in honor of 'Coach.'

Another emotional moment came from former Blues forward Kelly Chase, one of the Blues' alumni closest to Plager.

"There's a huge void here. When you come to these events here and you come to this rink and the suite door opens you expect to turn around and see him. You expect to run into him in the elevator or down in the locker room," Chase said. "I've heard people refer to Brett Hull as the Mickey Mantle of the Blues. So then it's fair to say that if Hully is the Mickey Mantle then Bobby Plager is most definitely the Babe Ruth of hockey in this town. So thank you Bobby for teaching us to respect the logo, and be responsible men in a city that loves us. And may you rest in peace, coach. Cheers, buddy."

After the service at Enterprise Center, the funeral procession drove down Market Street one final time, following the route of the Blues' 2019 championship parade. It was a parade Plager had waited more than half a century to see with his own eyes.

Plager died on March 24 following a "cardiac event" while driving his car on Interstate 64 in St. Louis.