Can the Blues do it all again?

The Blues gave us our long-awaited Stanley Cup 113 days ago. Now, as they begin a new season Wednesday, it's time to prove one isn't enough. 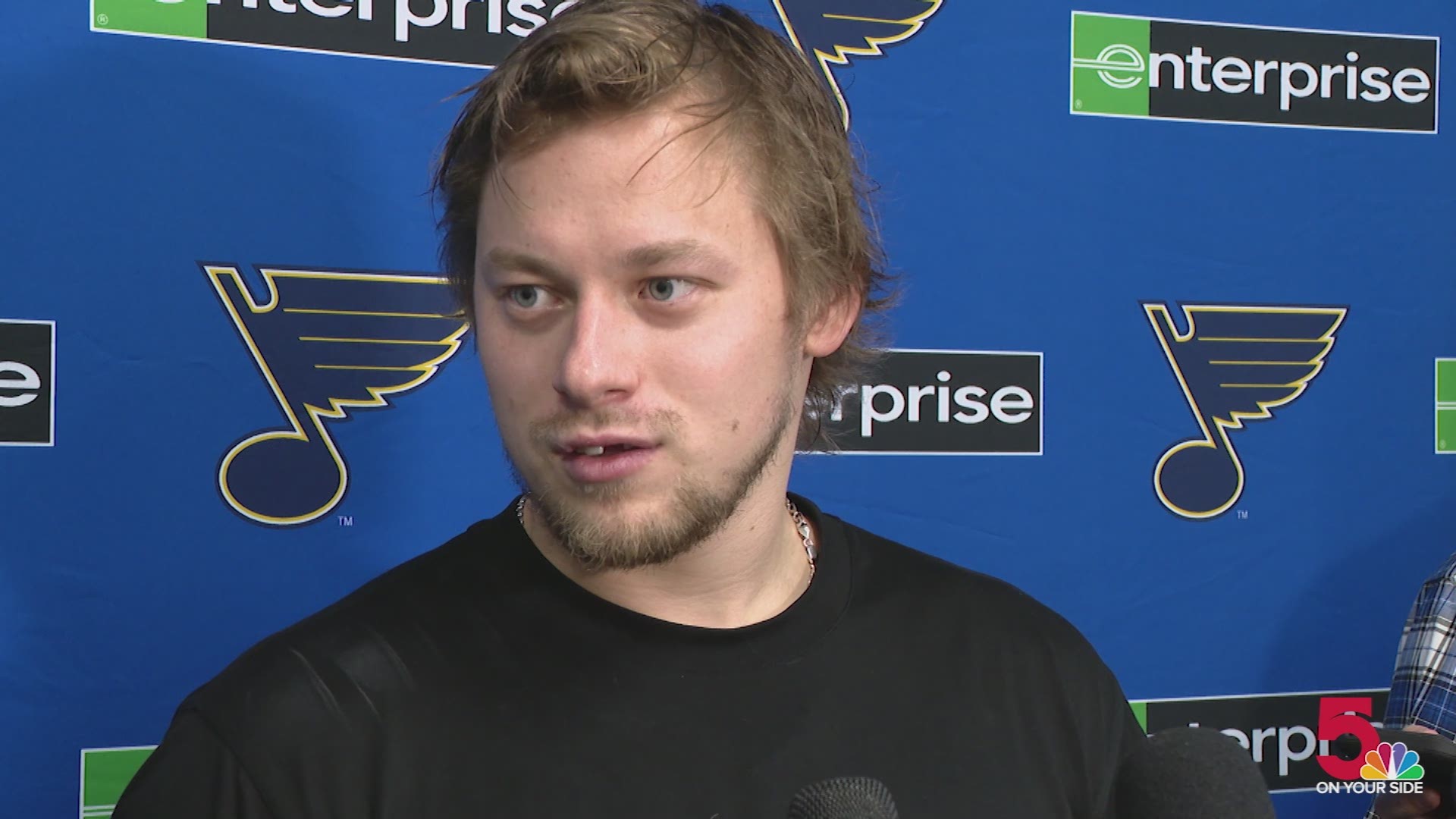 ST. LOUIS — The defending Stanley Cup Champion St. Louis Blues (that will never not sound weird, by the way) will drop the puck on a new regular season on Wednesday, October 2 against the Washington Capitals at Enterprise Center.

Just 113 days before that, they were carrying the most famous trophy in sports off the ice at TD Garden in Boston after a Game 7 that will never be forgotten.

They've had their parade (which lived up to the 52-year wait), they've each had their day with the Cup, their names have been etched into immortality, they've lived like rock stars and they've received their championship rings.

Now all that's left is to raise the banner to the rafters of the Enterprise Center.

After that, it's back to work on adding another one.

Hockey is the hardest sport to repeat as champion. These guys literally played their last game that counted about three months ago.

But we already know not to doubt this team.

The 2019 Blues were able to pull themselves out of the basement of the NHL in January to fight all the way back to the top.

Now, they have a clean slate to start a new season. A blank canvas if you will. They have a full year of Craig Berube at the helm upcoming and darn near a full returning roster that just won the Stanley Cup.

Watch: Ryan O'Reilly talks ahead of new season for Blues

If a team could ever be in perfect shape to repeat, the Blues are in it.

The roster taking the ice for opening night against Washington is in many ways BETTER than the team that left the ice against the Bruins.

Pat Maroon is a St. Louis hero. The hometown kid had a year unlike anything any of us who grew up here can even imagine. But his departure opens the door for some younger, faster players to get more ice time. Sammy Blais and Zach Sanford should both benefit from the opening, and both have breakout potential.

Blues General Manager Doug Armstrong also dropped a bomb on all of us just ahead of the start of a new season.

Even though Armstrong's team is the defending Stanley Cup champs, he didn't sit on his hands. He went out and got an all-star defenseman in Justin Faulk and then locked him up in a long term contract.

Oh yeah, the Blues also get a full season of Jordan Binnington between the pipes. It would be unfair for fans to expect quite the domination he provided last year through the playoffs (the dude was on a level we had never seen before), but he'll prove to the rest of the league he's no fluke.

The players made it clear they've already turned the page on last year. Now, it's time for fans to do the same.

No, we'll never forget this Stanley Cup summer, but a new challenge lies ahead.

Vladimir Tarasenko had the quote of the offseason, and it's time for the city to get behind his words.

"One is not enough."

RELATED: 'It was nuts' | Blues blown away by championship rings