It'll be a little while longer until we see No. 44 hanging in the Enterprise Center rafters 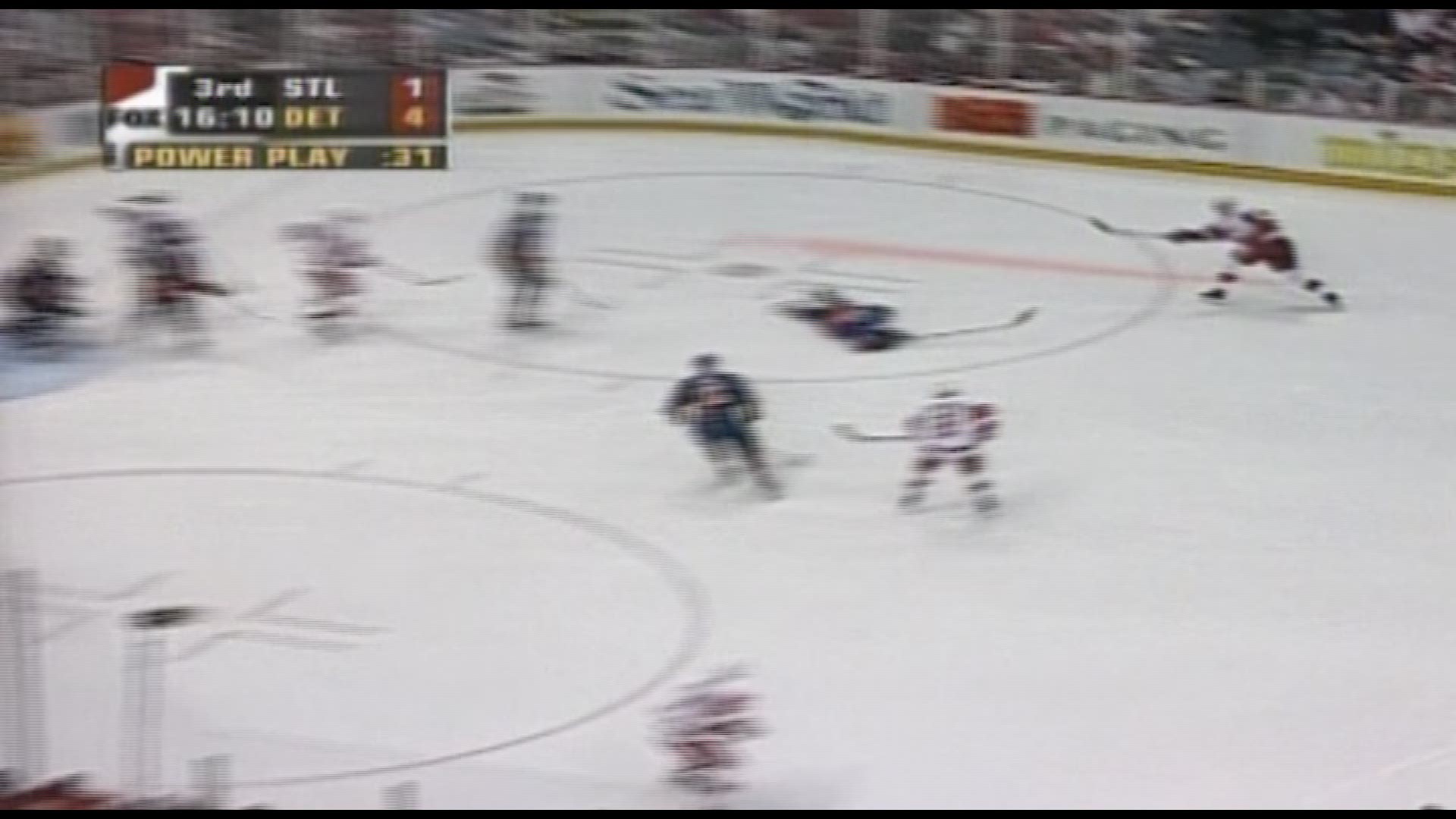 ST. LOUIS — The Enterprise Center will have to wait a bit longer to add another retired number to the rafters.

On Monday, the Blues announced they had postponed the jersey retirement of former Blues defenseman and captain Chris Pronger's No. 44.

The ceremony was originally scheduled for this season, but has now been moved to the 2021-2022 season due to limited attendance allowance this year because of the COVID-19 pandemic. An exact new date for next season has not yet been announced.

Pronger was inducted into the Hockey Hall of Fame in 2015. When his number is retired, it will join Bob Gassoff, Barclay Plager, Brian Sutter, Bernie Federko, Al MacInnis, Brett Hull and Bob Plager among other Blues players with numbers retired.

Chris Pronger's jersey retirement night, which was originally scheduled for this season, has been postponed until 2021-22. https://t.co/vtVsCzwtui #stlblues