At 46 the formerly feared defenseman has settled into a quieter, private life in the St. Louis suburbs helping his wife run a travel business 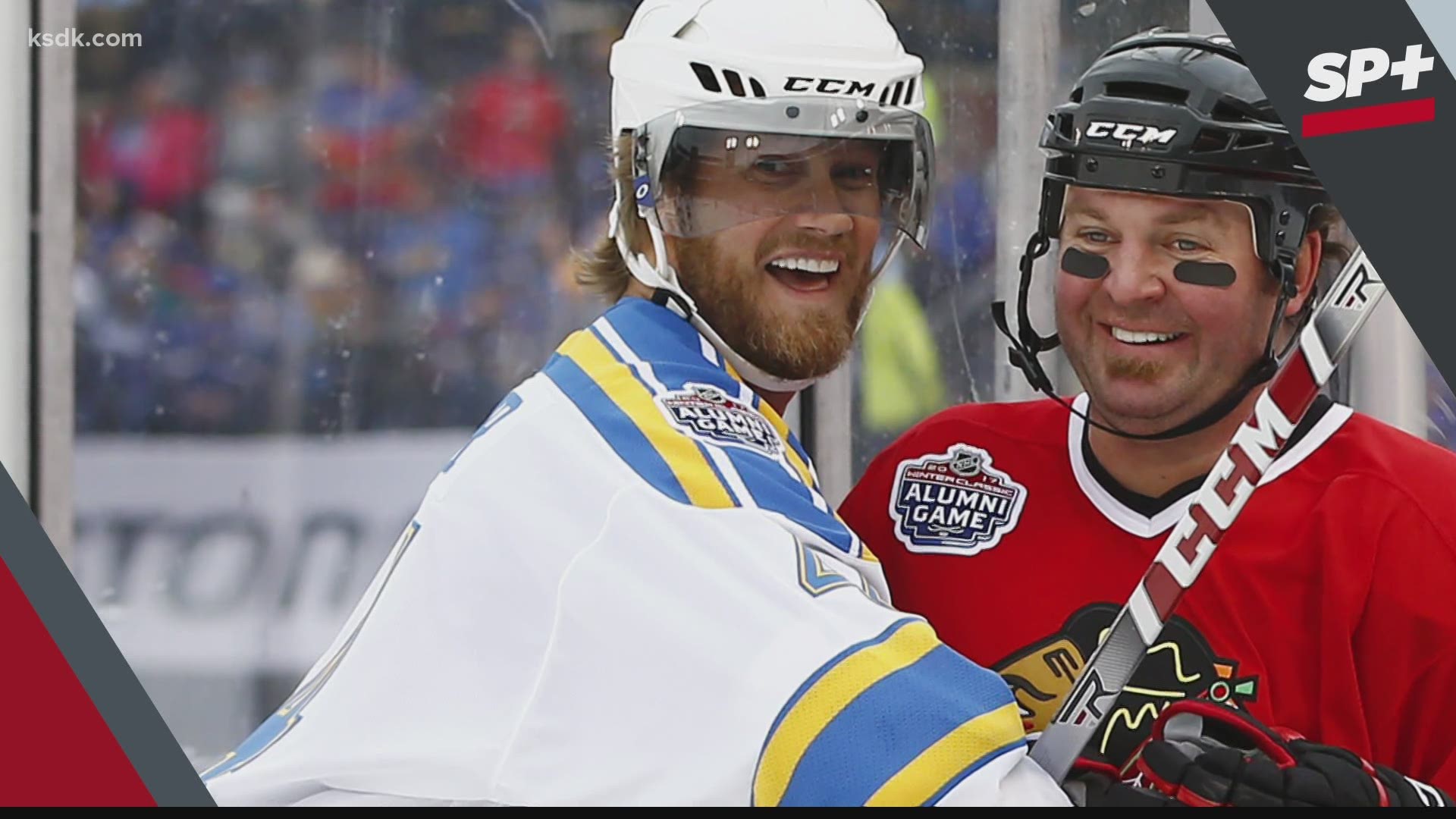 ST. LOUIS — Chris Pronger finished a game of air hockey and put the paddle down to pick up the phone.

It's as close to hockey as the Hall of Fame defenseman will get any time soon.

Pronger worked in the NHL's department of player safety after his playing days were over and tried out the management path in the Florida Panthers front office.

But that lasted less than three years, and at 46 the formerly feared defenseman has settled into a quieter, private life in the St. Louis suburbs helping his wife run a travel business with no desire to return to the game that made him a star.

“I’m out of the hockey game and just a fan and kind of watching when I can,” Pronger told The Associated Press on Sunday night at a gathering to celebrate the opening of a Main Event game entertainment venue in Chesterfield, Missouri. “Our business takes up the bulk of my time — and our kids.”

Pronger won the Norris Trophy as the league's best defenseman and Hart Trophy as MVP in 2000 with St. Louis, lifted the Stanley Cup with Anaheim in 2007 and won an Olympic gold medal with Canada in 2010 as part of his 18 seasons in professional hockey. A stick to the eye and resulting trauma abruptly ended his career in 2012.

Known for playing on — and sometimes over — the edge with eight NHL suspensions, Pronger did not find the same joy working in hockey off the ice. He called management “not quite as thankless as a referee's job” but not far off in terms of the pressure.

“It’s not ‘What have you done for me lately?’ It’s ‘What can you do for me today?'" Pronger said. “It’s a lot of work, whether you’re scouting or doing contracts or things of that nature. It’s a 24/7 job, 365. It’s not that I was against the work, but there needs to be an endgame and I just didn’t see one.”

Inducted into the Hockey Hall of Fame in his first year of eligibility in 2015, Pronger worked from 2017-2020 as Florida's senior vice president of hockey operations and senior adviser to general manager Dale Tallon. He left that post in July to help his wife, Lauren, at Well Inspired Travels and hasn't looked back.

The company has become his passion. Pronger hopes moving around from stints with the Hartford Whalers, Blues, Edmonton Oilers, Ducks and Philadelphia Flyers during gives him a leg up working in the travel industry.

"Really kind of help (people) through a lot of what we learned on the fly and what we did in our own lives," he said. “We’ve obviously been through a lot, both professionally and personally, and have a lot to offer and help guide and steer people.”