The beloved former St. Louis Blues captain penned a heartfelt goodbye note to fans, the city and hockey in announcing his retirement 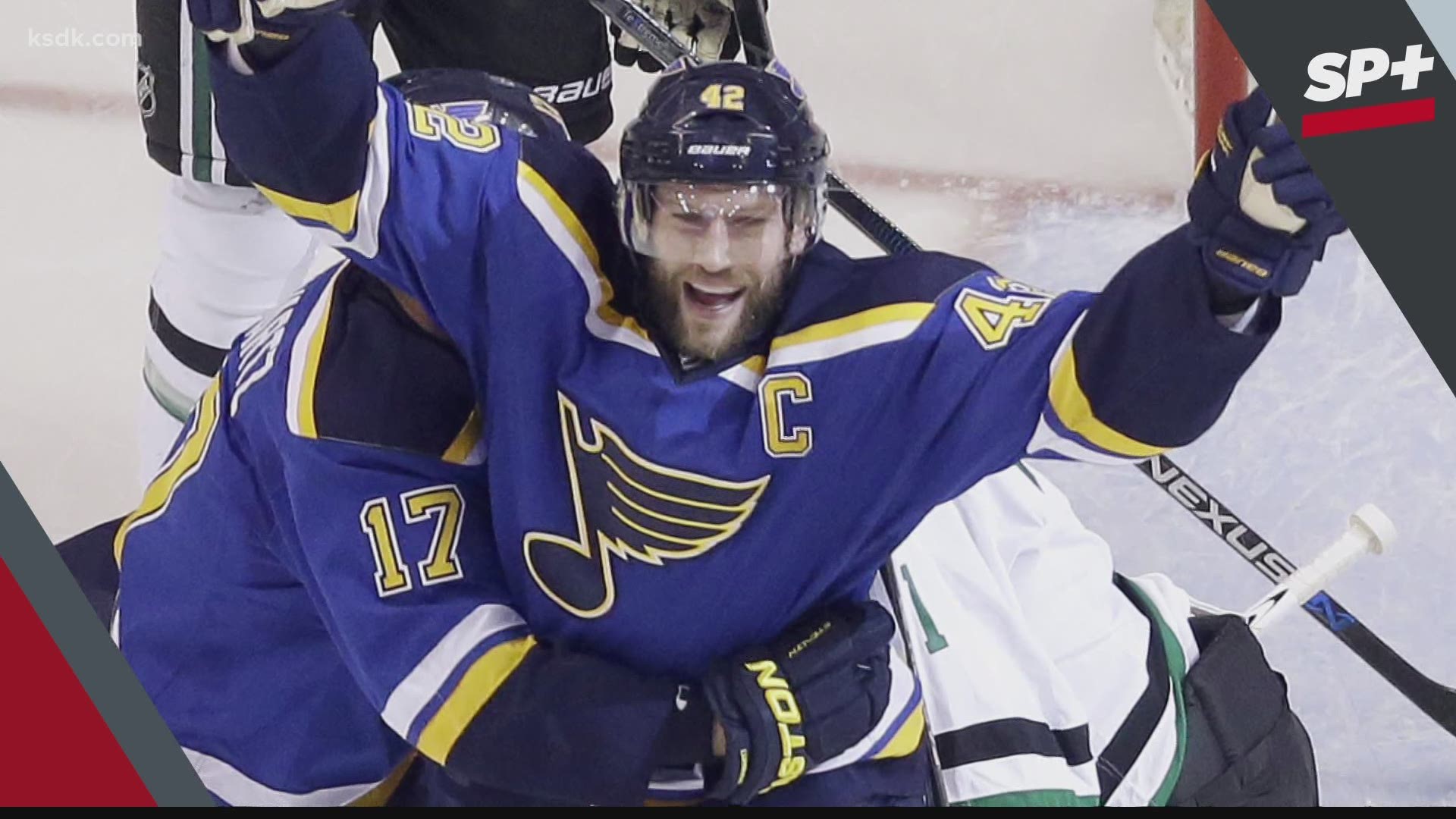 ST. LOUIS — He might have hit the ice as an Anaheim Duck and even as a Boston Bruin in the Blues’ storied 2019 season, but David Backes’ heart never left St. Louis.

And now, he’s hanging up his skates with the city he loved.

On Thursday, the beloved player signed a one-day contract so he could retire with the St. Louis Blues. He penned a heartfelt goodbye note to the fans, the city and hockey in making his announcement.

Backes said the decision to retire with the Note on his chest was clear when he suited up for what would end up being his last NHL game. It just so happened to be at the Enterprise Center when the Ducks took on the Blues this past May. He called it an “incredible memory” that he’ll cherish forever.

Credit: St. Louis Blues
David Backes signs a 1-day contract with the Blues to retire with the team.

“I was back in the place where it all began,” Backes wrote in his goodbye note. “The fans in the stands and the people around town and the organization were still warm, kind and claimed me to be one of their own. I was a St. Louis Blue.”

Backes said it was clear in that moment he needed to retire as a member of the Blues.

“That night reiterated that St. Louis was my home. It is where my wife and I grew into adulthood and it was the organization we needed to retire with. The feeling was mutual with the Blues and I am so humbled that this journey has come full circle for me to end this amazing ride with the same organization that called my name at the draft 18 years ago,” Backes wrote.

Over the last couple decades, there are few St. Louis sports figures more universally loved than Backes. It was clear in the Enterprise Center that night back in May. Besides playing for the Ducks and Bruins, St. Louis always remembered him as their captain.

READ MORE: David Backes reflects on career, Blues memories and what might be next

The 37-year-old had a 15-year NHL career, with 10 of those spent in St. Louis. During that time he never got to lift the Stanley Cup, but got close in that 2019 series against the Blues. Backes said he had a goal of playing in 1,000 games, but he came up 35 short.

“In the end, it's not that all these numbers don't matter – they do, and I am damn proud of them. But the metrics that mean the most to me are the countless experiences and everlasting relationships that the game provided me. That's what I find is beyond measure,” Backes wrote to end his heartfelt message.

You can read Backes’ full message on the St. Louis Blues website.