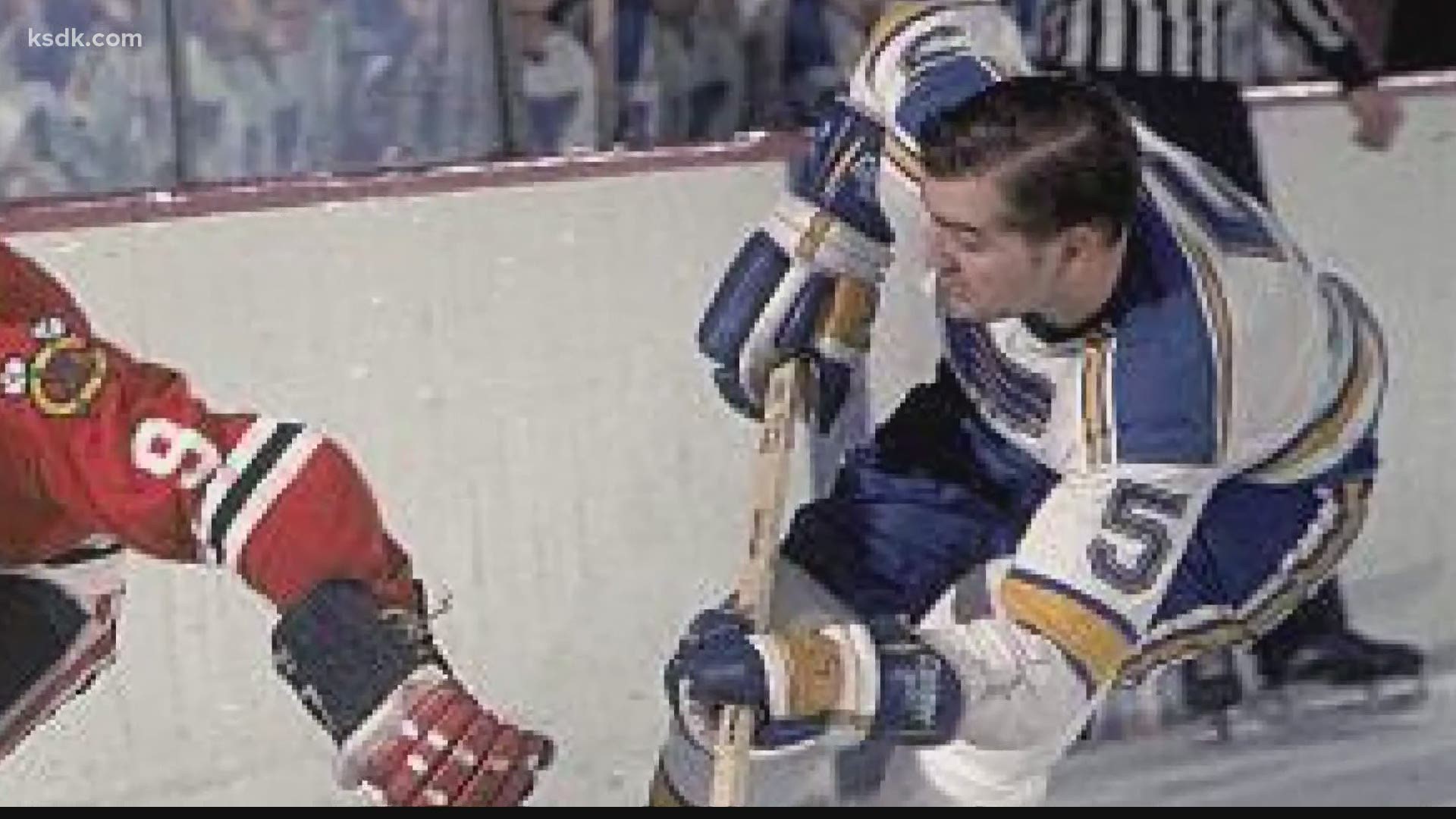 ST. LOUIS — Fans remember St. Louis Blues legend Bobby Plager for the player he was on the ice and for the man and community leader he was off it.

“He truly was a one of a kind, Mr. Blue,” season ticket holder Linda Jandro said. “We are devastated.”

Plager, who wore No. 5, made his name on the ice as a hard-hitting, hip-checking defenseman.

“(He) threw people over the boards,” Jandro said.

His biggest impact came in the community.

“Bobby watches warmups at every game" near our season seats, Jandro said. “When he would see Mr. Plager, he would say 'hey buddy' " and give him a fist bump.

Jandro’s son, Bradley, is a defenseman for the Blues Special Hockey Team, where disabled athletes can enjoy the sport.

One of Bradley’s favorite games was when the Blues team bus picked up his team and took them to the Enterprise Center to play a game.

“Mr. Plager was instrumental in surprising the kids, being on the bus, being there the entire time,” Jandro said.

He signed a hat for Bradley, something his mother says he will cherish forever.

Lifelong fan Michelle Codie is happy that it worked out 4,100 fans could be in attendance for Friday night’s game.

“He was walking around just talking to people,” Codie said. “It just shows you how he's a really human person and not someone special."

“He really was one of a kind and loved this city, loved the fans, loved what he did,” Jandro said.

Funeral arrangements have not yet been finalized.