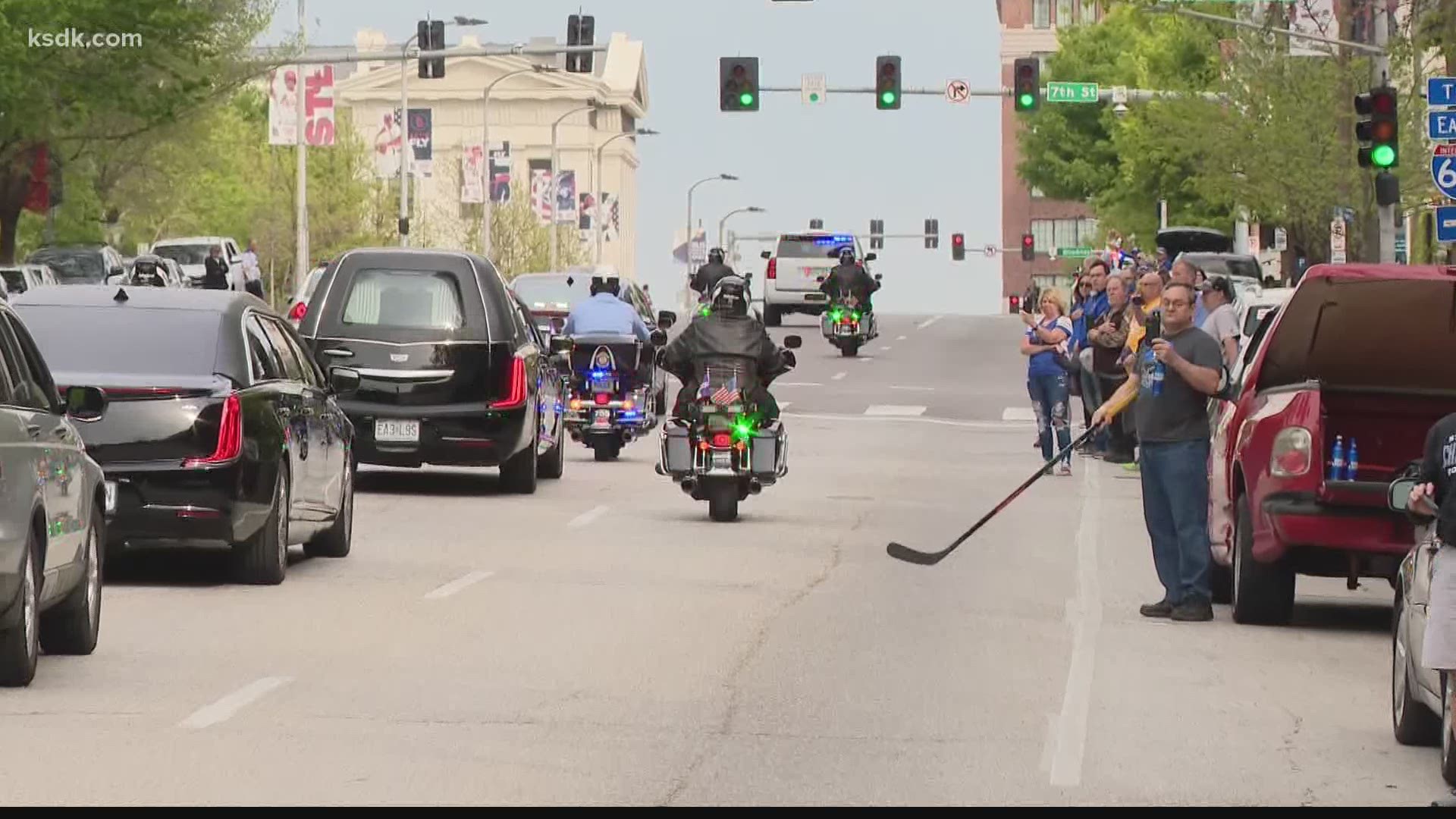 ST. LOUIS — It wasn't nearly the attendance seen at the Stanley Cup parade in 2019, but the most dedicated Bobby Plager fans sat along the Market Street route once again to honor the life of the Blues lifer for his funeral procession.

Many came with their loved ones and listened to the private Blues service with their smartphone on speaker mode.

"I came because I traveled with the Blues," said Pam Dearing, a lifelong fan from St. Louis. "Bob always came with us, and I always bought him drinks just to hear stories. And I loved him. I'm really sorry he's gone."

Dearing said she spent many years traveling with the team as a dedicated fan, and she came to the procession with some of her friends who made those trips, too. One of her friends, Sandy Rothschild, came to know Plager when they lived in the same apartment complex many years ago.

"He had lots of stories to tell about playing hockey," said Rothschild. "I learned a lot about the life of a hockey player, especially as they're growing up playing junior hockey."

It was the original Blues team that got Rothschild hooked on hockey. And since Plager was an original team member, Rothschild says he got hooked watching his neighbor flourish during the next 50 years.

One of the youngest Plager fans donned a number five onesie. Even though he's only 6 months old, his mom Courtney Joseph wanted to bring him to the procession. Joseph said she met Plager on her 21st birthday at Bobby's Place, a favorite spot in Valley Park for drinking and watching the Blues play.

Joseph said one of the biggest lessons she learned from Plager was how to be a good teammate. That included giving back to the community. They're legacies she is ready to tell her son, who will undoubtedly be just as big of a Blues fan as her.

"When he's older and he goes to the Blues games — have a look up and see number five — he will know all about the impact that he made," said Joseph.

Bobby Plager was 78 when he died in March after a car crash. The medical examiner determined he likely died of a cardiac event.