GLENDALE, Ariz. — Jordan Kyrou hustled to track down a puck to prevent an icing, spun and took it up the boards. The St. Louis center stopped in his tracks to lose a defender and found Justin Faulk in the slot.

Faulk buried the shot, giving the Blues the kind of goal they needed after a frustrating start to a unique series against the Coyotes.

Faulk had two goals and an assist, Jordan Binnington stopped 24 shots and the Blues ended a three-game losing streak to the Coyotes with a 4-1 victory Friday night.

“It's good by Kyrou to negate the icing, made a great play to Faulker and Faulker put it in the net,” Binnington said. “That was big, for sure. It's good to see us close out the game there.”

The quirks of a pandemic-altered season have pitted the Blues and Coyotes against each other for seven straight games, a first in NHL or NBA regular-season history.

Arizona won three of the first four, all in St. Louis. The Blues won the first of three in the desert behind Faulk's big night, Kyrou's hustle and some spectacular saves by Binnington.

“We played a pretty good game the last one and knew we needed to come in here tonight and play 60 minutes,” Faulk said. “Sometimes it takes a late goal like that to get over the hump.”

The Coyotes played well deep into the third period, giving themselves a shot at their first four-game winning streak of the season. A couple of breakdowns on Faulk's second goal put them behind, and the two empty-netters put it out of reach.

“I thought a couple of guys were a little cute out there. That was my only worry,” Coyotes coach Rick Tocchet said. “When you win three in a row sometimes you feel too good about yourself, which I don’t mind. I thought for the most part we did work hard tonight.”

The Blues and Coyotes both had games scheduled for this week shelved due to COVID-19 issues, setting up an unprecedented, non-playoff seven-game series.

The Blues won the first game, but the Coyotes took the final three in St. Louis, the last in a shootout Monday after Clayton Keller scored with 0.7 seconds left in regulation.

St. Louis scored the first goal in Monday's game and did it again 2 1/2 minutes into Game 5, when Faulk beat Kuemper from between the circles on a power play. It was the Blues' second power-play goal in 18 tries in the series against the Coyotes.

Ryan O'Reilly appeared to score late in the first, but video review showed the puck went under the side of the net.

Larsson tied it midway through the second period, slipping a rebound between Binnington's pads.

The Coyotes took their turn having a goal wiped out late in the period, when replay showed Arizona was offside before Conor Garland beat Binnington on a shot to the short side.

The intensity picked up in the third period as the teams traded good chances.

Binnington made a diving save on a shot by Lawson Crouse after a gaffe by the Blues on their power play. Less than a minute later, St. Louis defenseman Torey Krug hit both posts with one shot.

Faulk broke the tie with seven minutes left, beating Kuemper stick side from the slot after a nifty move by Jordan Kyrou.

Barbashev and Schenn made sure there was no last-second comeback by Arizona this time.

“I felt like we had a couple mistakes that cost us the game that we didn’t do in St. Louis,” Coyotes captain Oliver Ekman-Larsson said. “We’ve got to clean that up against a good team.”

The Coyotes got some good news when Ekman-Larsson returned after missing 10 games with a lower-body injury. He played 22 minutes, finishing with three hits and two shots while anchoring Arizona's blue line.

The bad news came in the second period, when Niklas Hjalmarsson sustained an upper-body injury and didn't return. He's the Coyotes' best defensive blueliner and a key player on their penalty kill, which hurt them in the third period.

The Blues were happy to see Vladimir Tarasenko on the ice.

The high-scoring right wing has not played this season after offseason shoulder surgery and joined the team on its road trip. Tarasenko has scored 30 goals five times in his career, and his return would give St. Louis a huge offensive boost.

The Blues and Coyotes play their sixth straight game Saturday, with the finale on Monday. 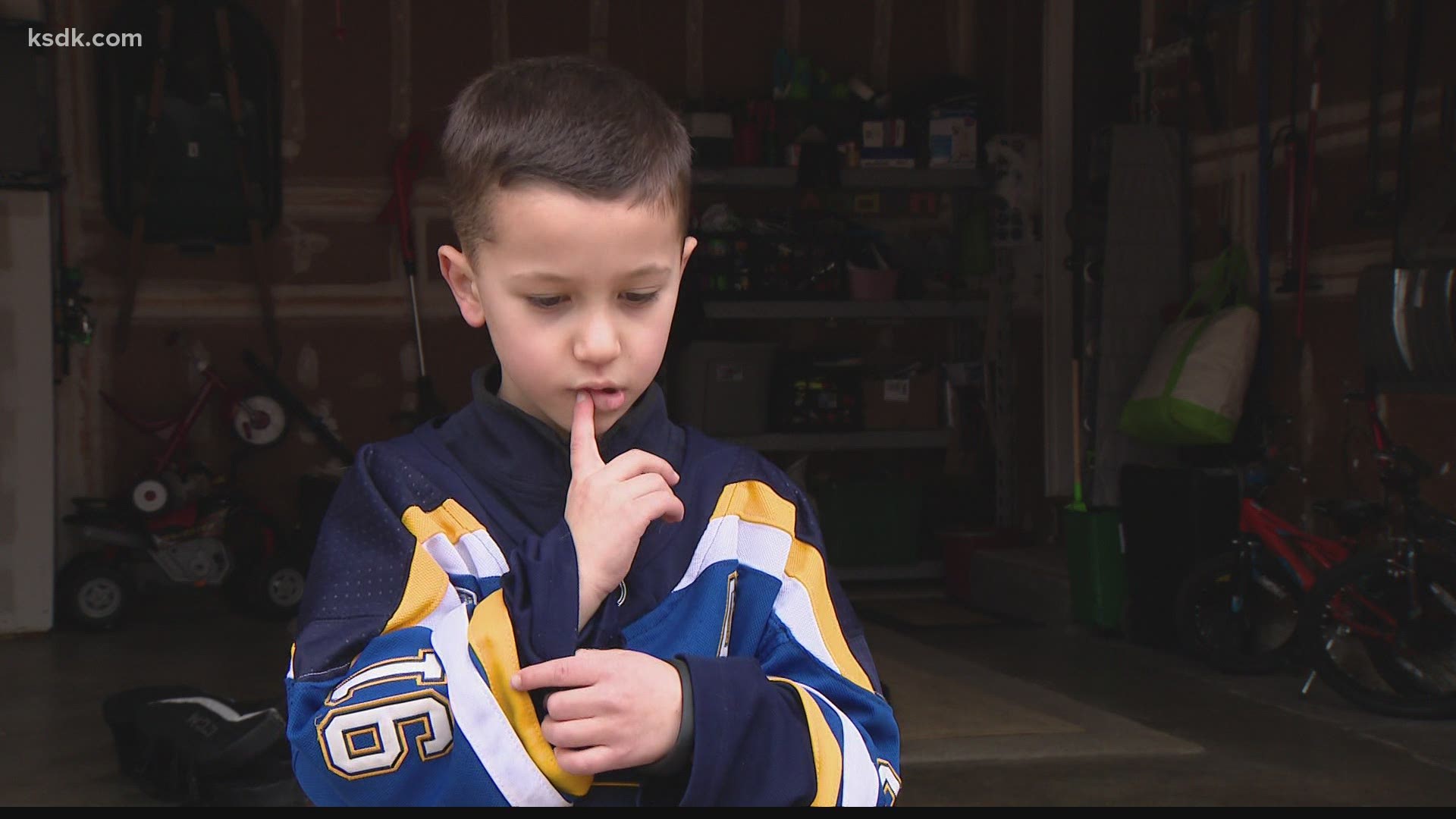