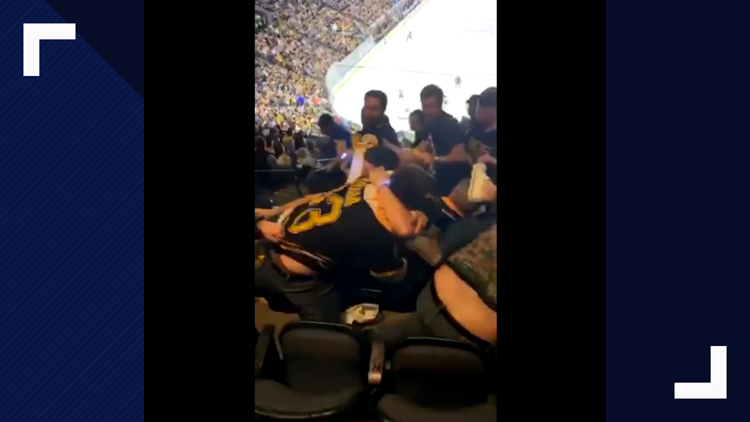 Get it together Boston: 2 Bruins fans get in brawl

Well it seems that Bruins head coach Bruce Cassidy isn't the only angry person in Boston... so our their fans... at each other.

The two Boston fans got into an argument that escalated very quickly with punches thrown and people tumbling on top of each other in the arena seats.

You would think if a fight were to break out it would be between a Bruins and Blues fan... not a fight between two people cheering for the same side.

There must have been something in the air because the Boston fans were angry all game long.

Fans were also throwing things on the ice after the Perron goal where there was no penalty call in the third period.

And Boston fans were even giving the Blues players the finger while skating by and it was caught on air.

A lot of tension in Game 5 on the Bruins home ice... Maybe Boston does things differently than us St. Louisans... but when there's a home game in town, our fans will be on the same side and not the other.