It's on! Binnington accepts Bieber's breakaway challenge for charity

It looks like we're actually going to see Binner vs. the Biebs! Do you think Justin Bieber can score on the Stanley Cup champ? 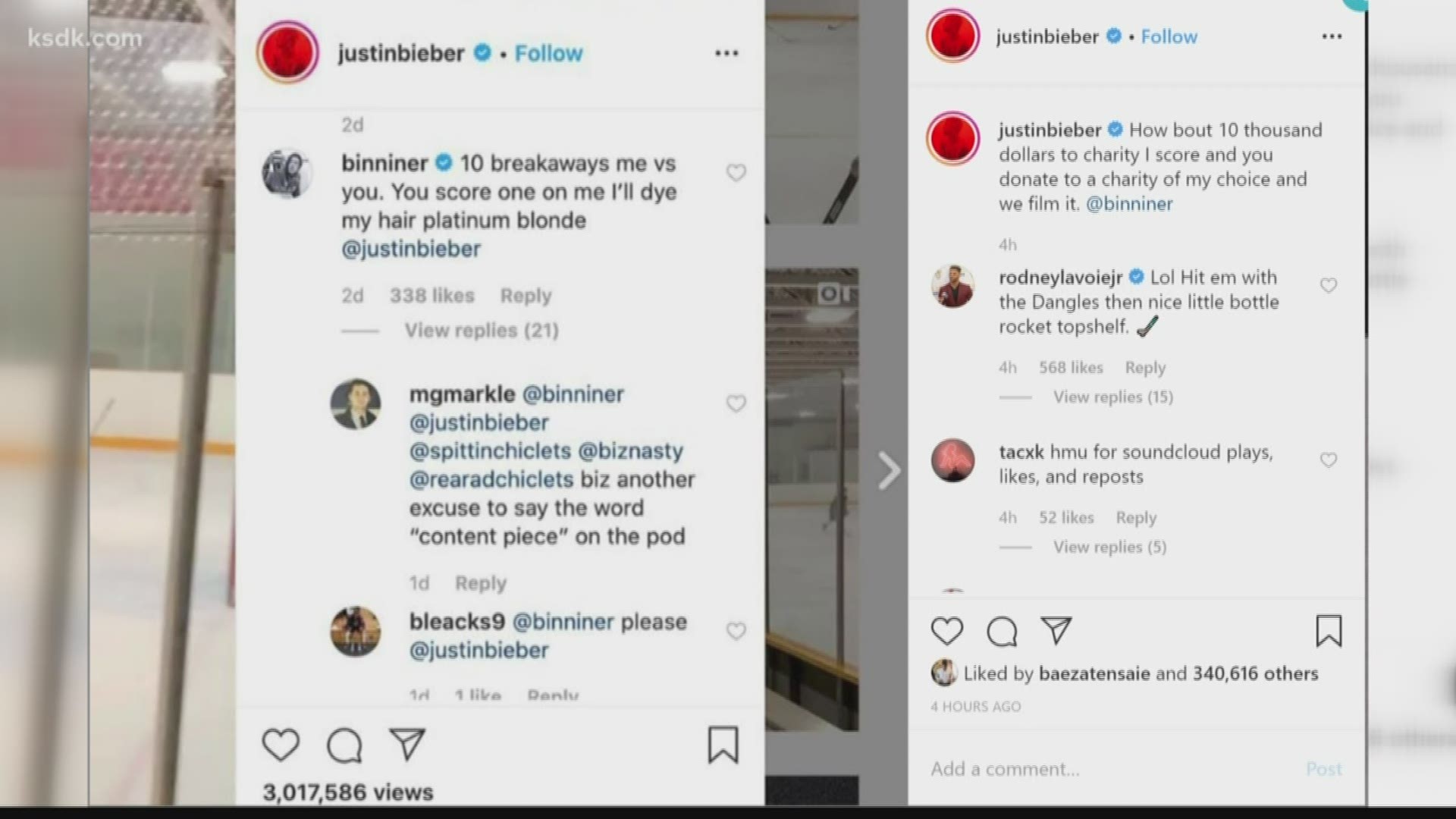 ST. LOUIS — It started with a challenge from Jordan Binnington. It escalated with a counter offer from Justin Bieber. Now it looks like Binner vs. the Biebs is eventually going to happen.

The Blues confirmed on Wednesday that Binnington has accepted Bieber's shootout proposal for charity.

We don't know the exact details just yet, but Bieber's proposal was that Binnington would have to donate 10 thousand dollars to a charity of Bieber's choice if the pop star was able to score on the Stanley Cup champ when given 10 breakaway attempts.

The whole challenge started when Binnington commented on a post from Bieber saying that he would dye his hair platinum blonde if Bieber was able to score on him.

No date for the challenge has been announced yet, but the Blues website said the showdown is likely to happen sometime during the offseason.

Bieber will be making a stop in St. Louis on July 13 for a concert at the Enterprise Center.

So, what do you think? Will Bieber be able to score on the never-nervous St. Louis hero?