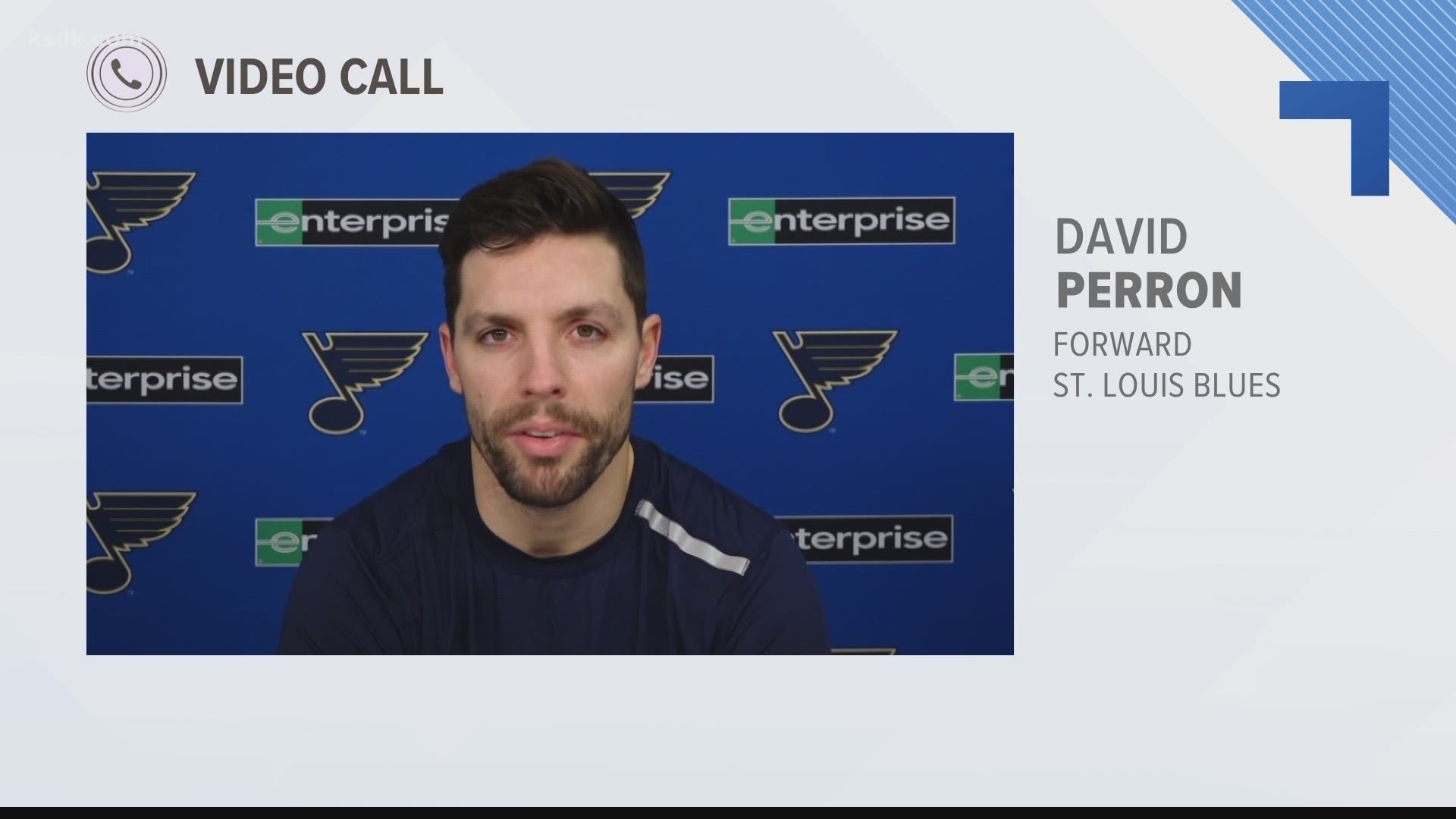 ST. LOUIS — The Blues bounced back from their 8-0 loss to Colorado in their previous game with a 5-4 home opener win over San Jose on Monday night. It was the first game the team had played at the Enterprise Center in more than 300 days due to the COVID-19 pandemic.

A limited number of front line healthcare workers were allowed to attend the home opener.

The Blues fell behind 2-0 in the first after goals from Kevin Labanc and Logan Couture, but broke out in the second period.

Justin Faulk opened the scoring for the Blues and would add another goal later in the game. It was his first multi-goal game since 2018.

Mike Hoffman and Brayden Schenn would also add goals in the second to give the Blues a 4-3 lead heading into the third period.

Logan Couture tied the game just over four minutes into the final period, but young forward Jordan Kyrou was able to snipe one past Sharks goaltender Devan Dubnyk with about 10 minutes left to take the lead for good.

The Blues move to 2-1 on the season. They'll face the Sharks again on Wednesday at home.

BACK IN THE WIN COLUMN!!!! #stlblues pic.twitter.com/PtaoTRtDwe