"A guy like Kadri... the guy can't control himself. In the playoffs he's a repeat offender," Blues forward Brayden Schenn said about the hit on Faulk in Game 2 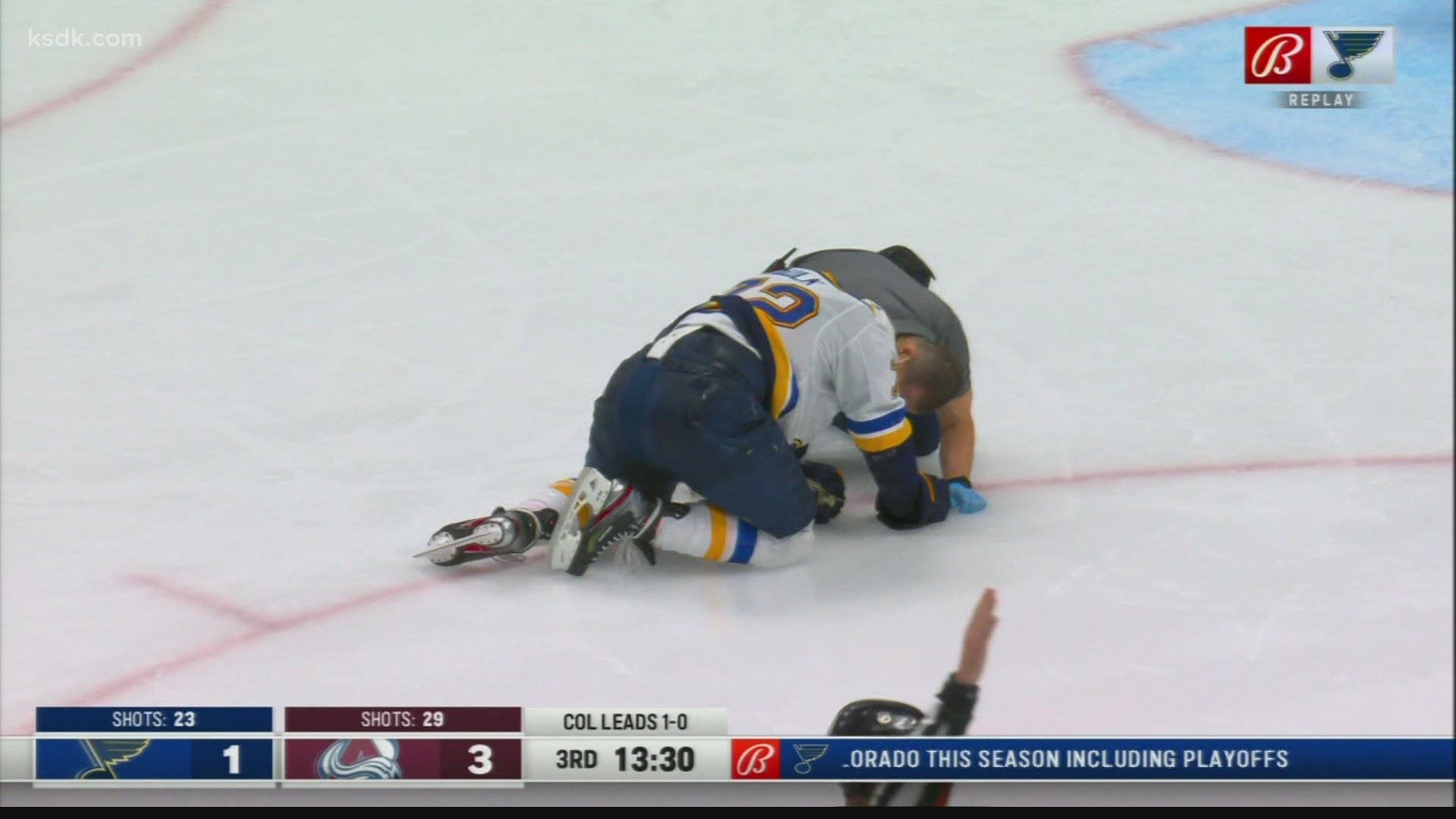 When Avalanche forward Nazem Kadri flew in to wallop Blues defenseman Justin Faulk in the head with his shoulder, "Oh my goodness gracious" was about the only TV-appropriate way to react to a hit that dirty.

Kadri's hit on Faulk left the Blues' defenseman in a collapsed heap on the ice, with the St. Louis training staff needing to come out to check on him. He skated off under his own power, but did not return to the game.

The Blues also lost defenseman Robert Bortuzzo to an upper-body injury earlier in Game 2, so had to finish the game off with just four defensemen.

Kadri was assessed a five minute major and was ejected from the game. The Associated Press reported that Kadri is suspended indefinitely pending a video hearing with NHL officials.

Faulk gets treated on the ice after a hit to the head.

After the game, Faulk's teammates were pretty blunt about the situation.

"That's a very dangerous hit. It's got to be a suspension," Blues captain Ryan O'Reilly said. "It's dangerous. He's a repeat offender. That's completely uncalled for. That's awful to see."

"A guy like Kadri... the guy can't control himself. In the playoffs he's a repeat offender. Bad hits, greasy hits. He's got a guy in a vulnerable position and he picks nothing but the head," Blues forward Brayden Schenn said. "Last time we saw one of those hits it was Oskar Sundqvist getting hit by Wilson. And that was years ago. In Blues hockey anyways. So hopefully the league takes care of it."

So let's take a look at Kadri's history of fines and suspensions.

In his most recent suspension while with the Toronto Maple Leafs, Kadri was out for the last five games of Toronto's 2019 first-round series with Boston after high-sticking Jake DeBrusk.

But that's just his most recent example since what happened in Game 2 in Denver Wednesday night.

In total, Kadri has been suspended five times and fined three other times for various hits, dives and gestures. He has a rap sheet, and the NHL has to go after him hard this time.

Obviously, there's a place for physical play in the sport of hockey. It's essential. But a guy with a reputation like Kadri headhunting a defenseless player where major injury could have occurred is something entirely different.

It'll be a miracle if Justin Faulk doesn't have a serious concussion, much less play again for the Blues in the first round.

Kadri shouldn't see the ice certainly for the rest of this series, and if the NHL really wants to make an example out of him, multiple series to come. He's made it clear just because his team is in the postseason doesn't mean he's going to stop behaving badly. It's on the NHL to step in and make sure he doesn't get the chance to do it again this year.