A year ago, Pat Maroon lived out a St. Louis fairy tale on the ice after Game 7

Maroon's emotion on the ice was what all of STL was feeling. We had finally done it. He was our city's surrogate representative along the way. Our hometown hero 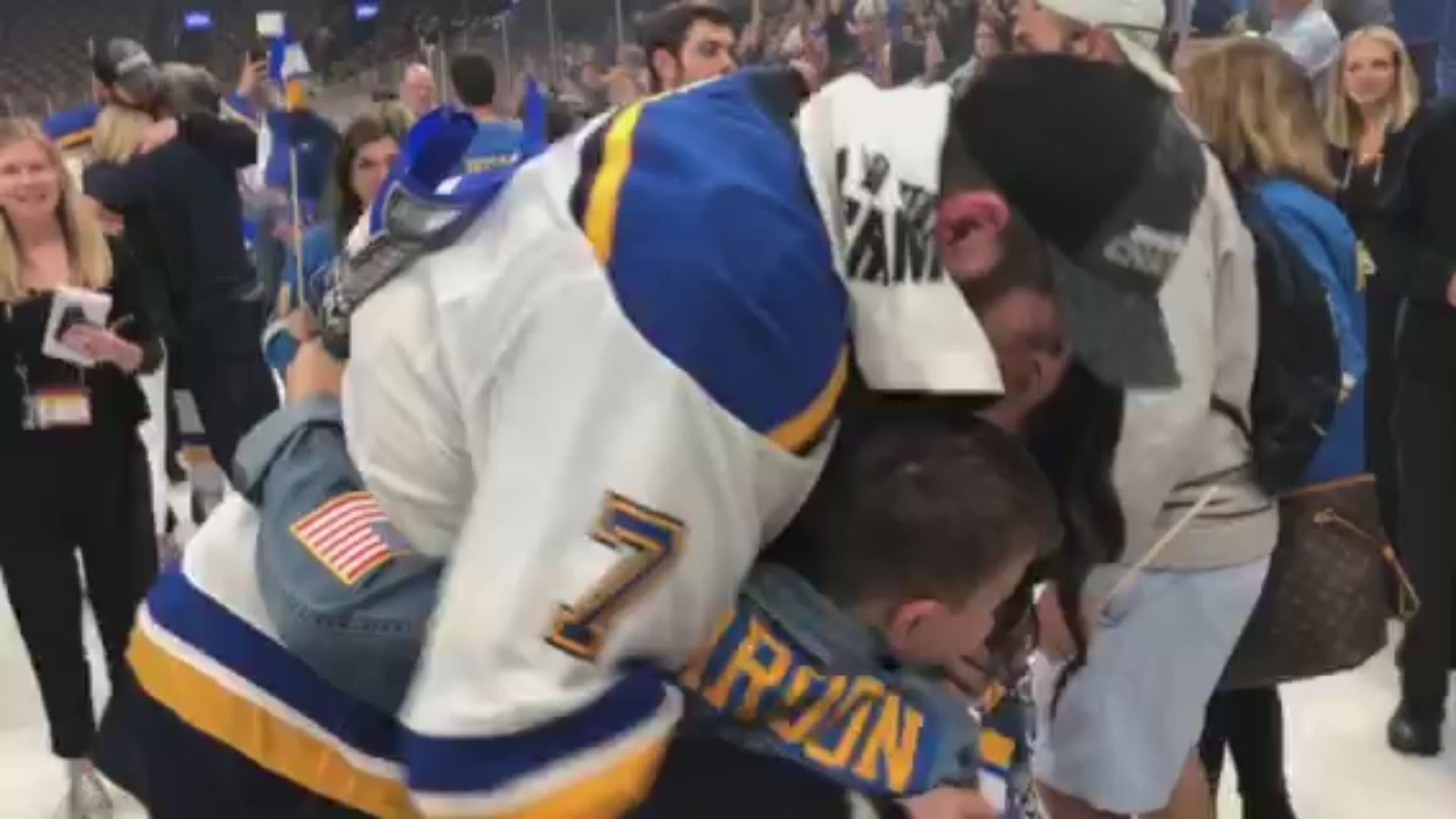 BOSTON — A year ago right about now (I'm writing this at 4 p.m. on June 12), the St. Louis Blues were arriving at TD Garden to make final preparations for their Game 7 winner-take-all match up with Boston.

We know how it ends. We've been celebrating it for an entire year now.

But every single time someone asks me what my favorite part of that magical June 12, 2019 night was, I give the same answer.

Seeing Pat Maroon greet his family on the ice as a hometown Stanley Cup champion is one of the most emotional and just coolest things I've ever seen in person. It was like something out of a fairy tale.

You know that story, too, of course.

Maroon, a native St. Louisan who grew up attending Blues games and starring in Oakville was looking for a team heading into the 2020 season.

He was a free agent, and could have probably gotten more money and/or more years somewhere else, but he chose to come home. He wanted to be near his son, Anthony, and give him a chance to watch his dad play for the hometown club.

In the beginning, it looked like there wouldn't be anything close to a storybook ending for Maroon and the Blues last season. The team was at the very bottom of the NHL and Maroon was having a disappointing season on an individual level.

But a shot in the arm from Berube and Binnington set the Blues on a historic path, and Maroon not only began to play better, he made some history himself. His Game 7 double overtime series-winner against Dallas in the second round is one of the best moments in St. Louis sports history.

And then he got the icing on the cake.

A St. Louis native got to win the first Stanley Cup in Blues history and share it with his family.

I was in just the right spot to see the moment Maroon met his family on the ice for the first time after Game 7 was over, and I'll never forget it. The raw emotion on display was enough to make anyone's eyes well up.

It's because Maroon's reaction was what all of St. Louis was feeling. We had done it, finally. He was our city's surrogate representative along the way. Our hometown hero.

And he got a hero's welcome. I'll never forget it.

Things don't usually work out that way. Life only gives moments like that every once in a while. But on June 12, 2019, Pat Maroon and St. Louis got a moment for a lifetime.