'I worked so hard to get to the top': Oakville's Pat Maroon talks about his Stanley Cup 3-peat

"I just want kids to look up to me knowing that Pat Maroon gave everything he can and worked as hard as the next guy beside him to get to where he is." 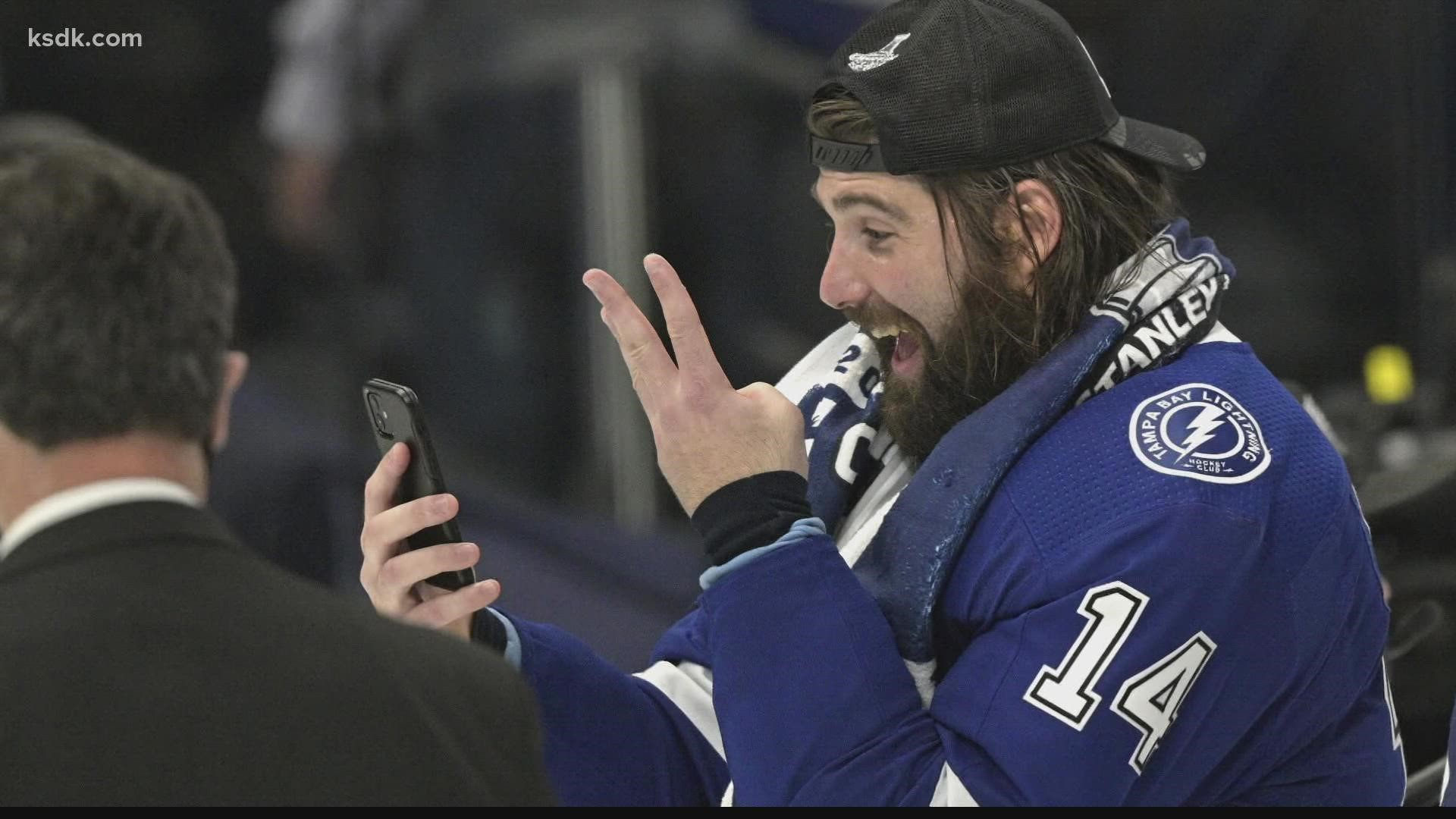 ST. LOUIS — Pat Maroon is just the fourth player in the history of the NHL to win three straight Stanley Cups across two different teams. He won in 2019 with his hometown Blues, and then went back-to-back with the Tampa Bay Lightning. But the Oakville native is always humble.

"I'm very blessed to be a part of such good teams the past few years with St. Louis and Tampa. To be put in that category is pretty special for me because I worked so hard to get to the top," Maroon told 5 On Your Side sports director Frank Cusumano. "When you get to the top when you leave the game and retire is to win a Stanley Cup because that's the pinnacle of your career. To win three in a row and have that on your resume is something that's pretty amazing. Some would call it luck, which it is... but you just gotta be there at the right time and have good teams and good depth and manage it. It's truly amazing to have three in a row."

Maroon wants to keep the Stanley Cup party rolling. As long as a team will have him, that is.

"Unless teams don't want to sign me. But If I win again next year I think you just have to keep playing and break every record you can," Maroon said.

And in the time he wasn't winning Stanley Cups this spring and summer? Maroon was back home in St. Louis playing in a roller hockey tournament with his brother. That was just two or three weeks after hoisting his third Cup.

Now, Maroon is getting ready to bring the Cup back to his hometown for another memorable day in Oakville on Sept. 15.

"I am for sure taking it down to Oakville and we are going to Oakville High School. I think they're gonna do a little pep rally," Maroon said. "No details to confirm yet. But I am going to take it to all the bars and restaurants I grew up going to in Oakville. If you listen now, this is what we're doing. It's a Wednesday afternoon. I know people are working. But I'm sure people will take the time to see the Stanley Cup."

Maroon, 32, signed a two-year deal to remain in Tampa and go for No. 4 in a row this past October.

He's still playing his game and wants his journey to be a lesson to those who might come after him.

"I just want kids to look up to me knowing that Pat Maroon gave everything he can and worked as hard as the next guy beside him to get to where he is," Maroon said. "I was a sixth-round draft pick. Probably 1% not even .5% chance of making it to the NHL? I worked hard and didn't get anything handed to me. Everything I did I earned. I hope kids can take that and know, it's not easy. When you get drafted it's not over yet. You have to give 120% more and I think I did that. I've had a lot of great coaches and mentors to get me to where I am. But I felt like I did everything I can to get to the pinnacle of my career."