Their dads have their names together on the Stanley Cup with the Blues. Now the Bozak and Perron names are together again... playing 6U hockey 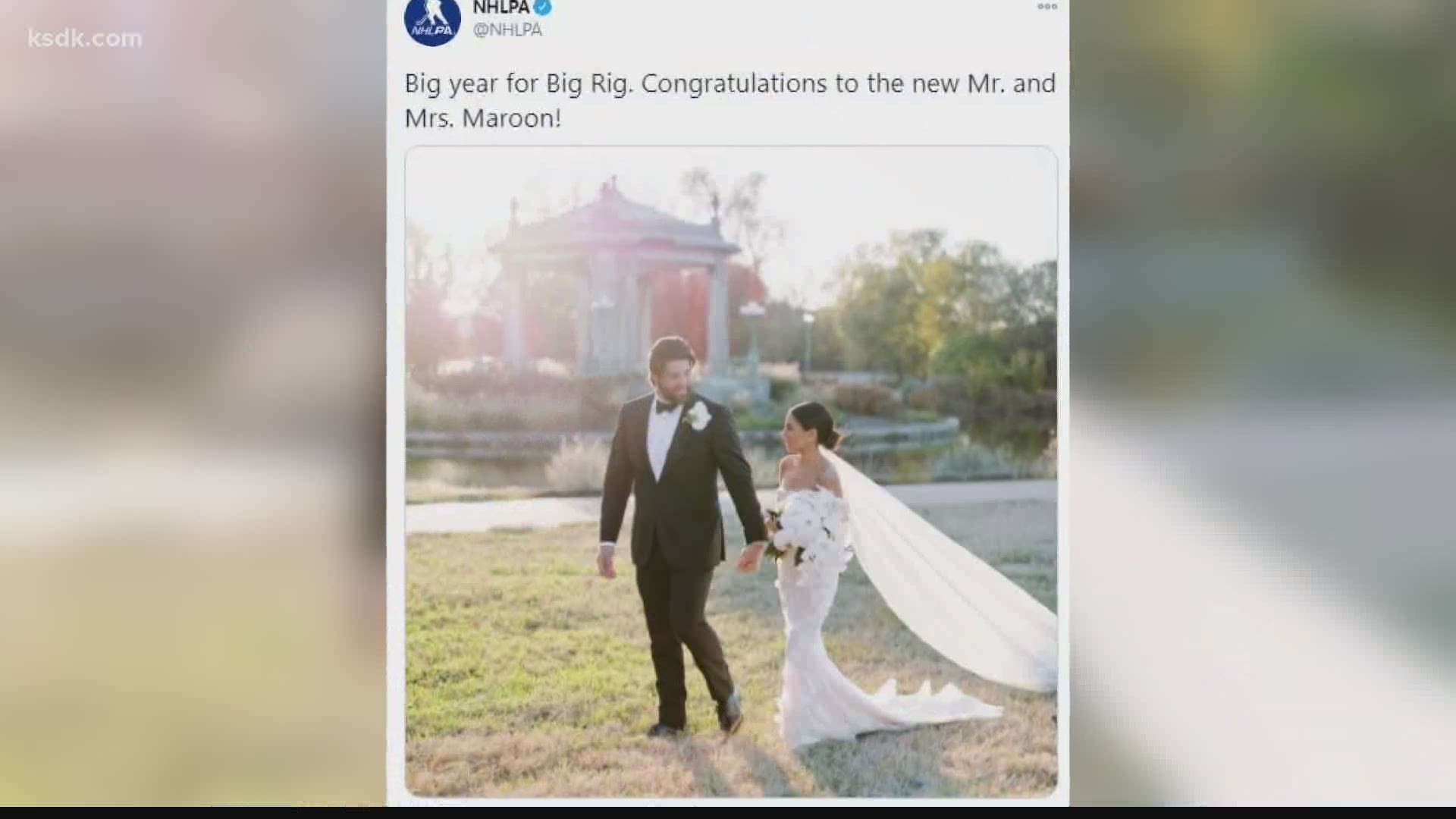 ST. LOUIS — It's no secret that a lot of kids out there want to grow up to be just like their dad. But not many kids can say their dad plays in the NHL. Well, two thirds of a line for one St. Louis area 6U team can say just that.

Their dads have their names on the Stanley Cup right now, but the Perron and Bozak boys might not be far behind.

Blues forward Tyler Bozak's wife Molly shared an adorable photo on social media recently of her and Tyler's son getting ready to hit the ice for a St. Louis area 6U team right alongside the son of another Blue, David Perron.

Molly captioned the picture, "Lineys," and it only makes too much sense for them to be line mates. Certainly there's no pressure on the third kid on that line, right?

On Twitter, one person commented how it was cute that Perron's son had his jersey tucked in all the way in the back.

David Perron actually jumped in and responded, "either that or he trips over it haha."

either that or he trips over it haha 🤷🏻‍♂️

So who knows? Maybe we'll be seeing another Bozak and Perron together with the Blues some 20 years from now or so.