Pietrangelo nets his 100th as a St. Louis Blue, in loss

Just another amazing accomplishment for Pietrangelo, now in his 12th year with the Blues, but now he's getting some more recognition off the ice.

BUFFALO, New York — One day after being named as one of the top athletes under the age of 30, St. Louis Blues captain Alex Pietrangelo joined Al MacInnis (127) as just the second defensemen in team history to score 100 goals with the franchise.

The goal, his first-ever against the Buffalo Sabres, came on a wrist shot with 16:08 left in the 3rd period, to tie the game 2-2.

Sam Reinhart, Johan Larsson and Zemgus Girgensons each had a goal and an assist as the Sabres won their second straight. Linus Ullmark made 28 saves.

Troy Brouwer and Alex Pietrangelo had goals for the Blues, who have lost three in a row following a four-game winning streak. Jake Allen stopped 28 shots.

Just another amazing accomplishment for Pietrangelo, now in his 12th year with the Blues, but now he's getting some more recognition off the ice.

Forbes Magazine has named Pietrangelo to their annual 30 Under 30 List of people in sports to watch for 2020.

The Blues' defenseman was the only hockey player on Forbes' list this year. Pietrangelo will actually turn 30 on January 30. 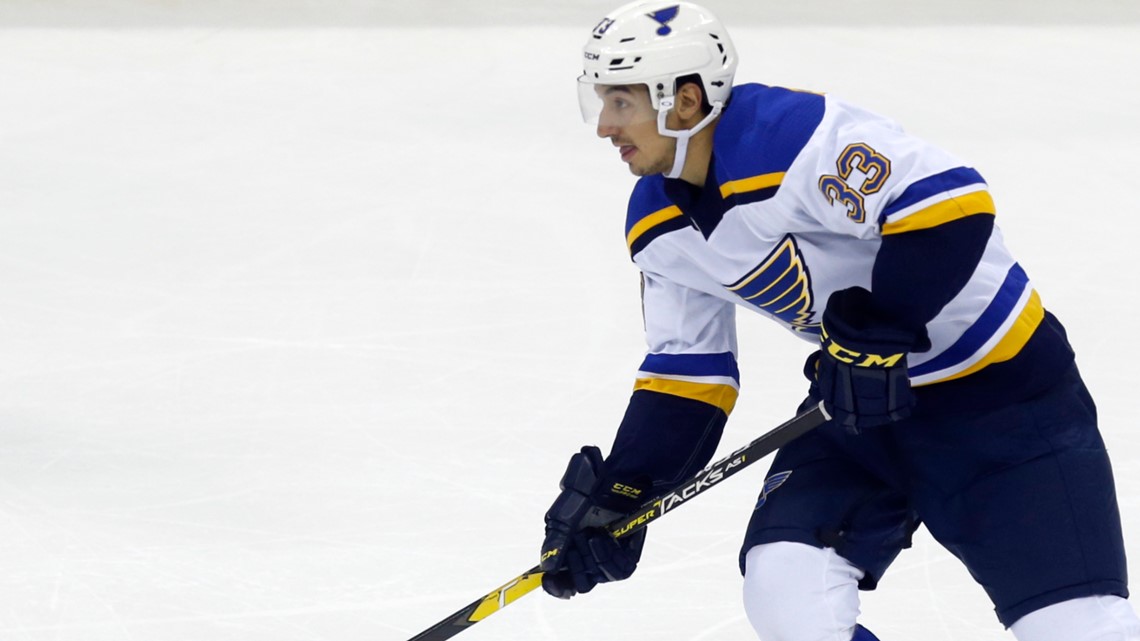 Blues recall forwards Kyrou and Poganski
ST. LOUIS - The Blues are calling up a pair of young forwards to add some depth to their NHL roster. On Monday, the team recalled forwards Jordan Kyrou and Austin Poganski from their AHL affiliate in San Antonio.

RELATED: Alex Pietrangelo named to Forbes' 30 Under 30 Sports List for 2020