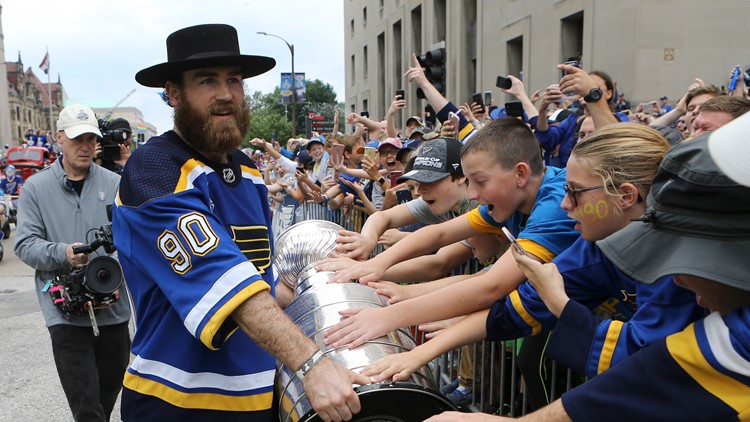 ST. LOUIS — Ryan O'Reilly continues to pile up the hardware in his first season with the Blues.

After winning the Stanley Cup and the Conn Smythe Trophy as the top performer of the playoffs, he picked up the Selke Trophy at Wednesday night's NHL awards.

The Selke Trophy goes to the best defensive forward. O'Reilly is the second Blues player to win the award. Rick Meagher won the award in 1990.

O'Reilly was also nominated for the Lady Byng Trophy for the player "that displays gentlemanly conduct on the ice," but lost out to Aleksander Barkov.

Jordan Binnington was nominated for the Calder Trophy, the leagues rookie of the year award, but finished second to Vancouver's Elias Pettersson.

Head Coach Craig Berube finished third in voting for the Jack Adams award for the best coach and General Manager Doug Armstrong was the runner up in General Manager of the Year voting.