'The perfect example' | Blues say they will play for Plager 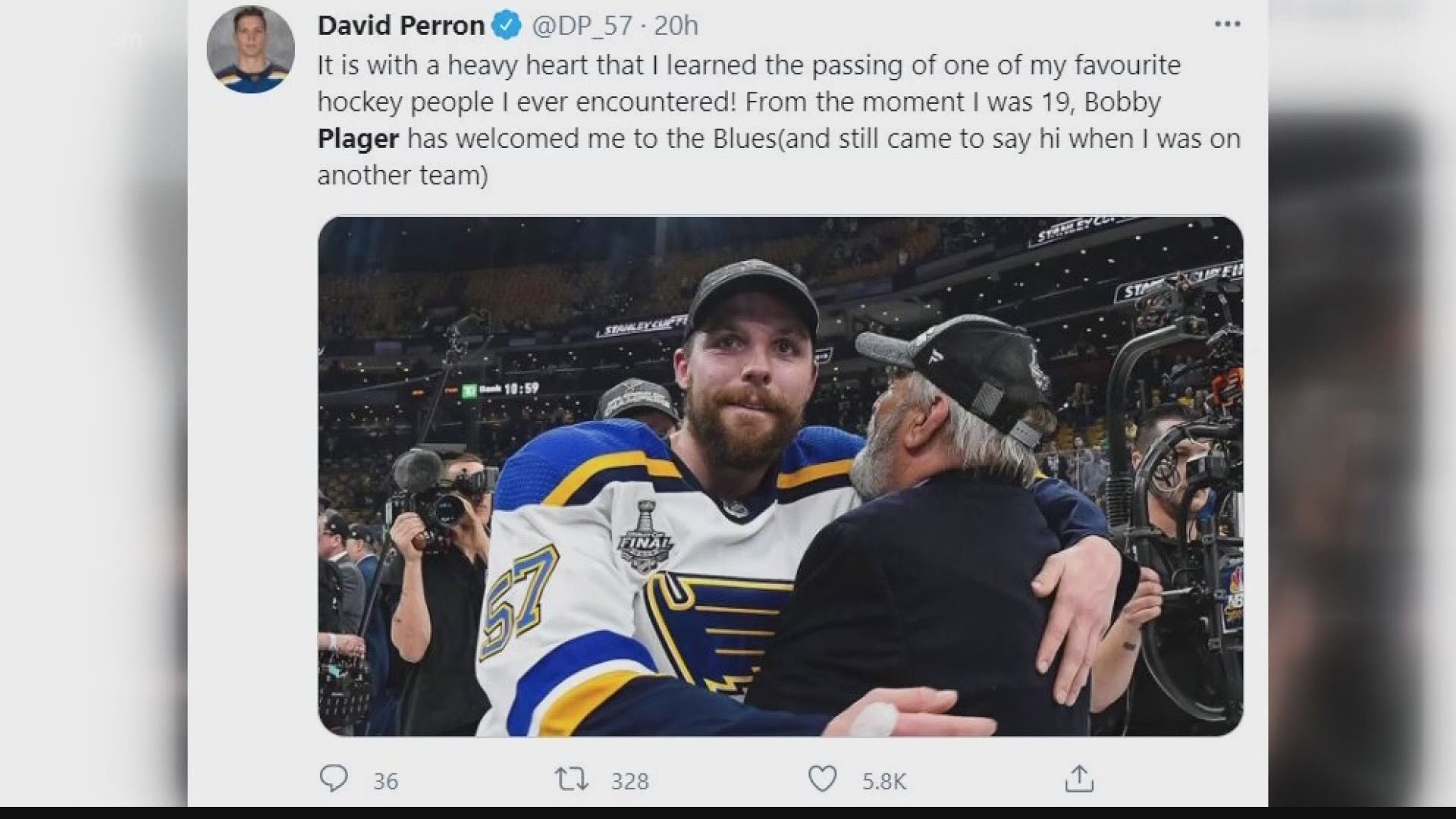 ST. LOUIS — The St. Louis Blues lost a legend in Bob Plager Wednesday night, but members of the team said his impact will live on through their actions on and off the ice.

"I think he was the perfect example of what it means to play for the Blues," Blues captain Ryan O'Reilly said Thursday.

In the team's first media availability since Plager's death following a car crash, O'Reilly, forward David Perron and head coach Craig Berube talked about meeting Plager and what he meant to the team and the city.

"You could tell just how much he meant to the City of St. Louis," O'Reilly said of the first time he met the Blues lifer. "Everyone he met, you felt special, he gave you the time of day."

Berube said the coronavirus pandemic kept Plager away from the team for much of the last year, so some of the young players weren't able to meet and interact with him. He said he's spent time since Plager's death talking to those young players about what Plager meant to the team for the last 50 years.

As the on-ice leader, O'Reilly said he will make sure Plager's legacy lives on.

"We're playing for guys like Bobby that took so much pride in playing for the Blues and representing the city in a great way," he said. "We look at it now, and I think all of us feel an obligation, we have to go out there and play for him."

O'Reilly, Perron and Berube all got to spend time with Plager during the team's run to the 2019 Stanley Cup Championship. All three said including Plager and the rest of the alums during the run was something that happened naturally and boosted the experience.

"I think the guys really understood what a lot of these alumni guys and former Blues did for the organizations and they wanted to share that with them," Berube said. "I think it's important and it's deserved by them to celebrate The Cup with us."

RELATED: 'I wanted it so bad' | Looking back on when Bob Plager finally got his Stanley Cup and parade

Perron, who was drafted by the Blues and is now in his third stint with the team, said it never mattered what sweater he was wearing, Bobby always had a smile and a story for him.

"Even when I played with other teams, if he was at the rink he would come by and say 'hi' to me, I would talk to him for five minutes, little things, but that meant a lot to me," Perron said.

He said from the time he was a young player, Plager provided a guide for how to act on and off the ice. He said that impact is why he has returned to the Blues time after time.

"He really meant a lot to what we're trying to bring to our game each and every night, as far as playing for the Blue Note, the city," he said. "He's the reason why I love St. Louis so much. Everyone keeps saying 'Why do you keep coming back?' it's for that type of mentality, that type of guy right there."

The Blues returned to the ice for a road game against the Minnesota Wild Thursday night with Bobby's No. 5 on their helmets. The Wild held a moment of silence before the game in honor of Plager.

The Wild hold a moment of silence for Bobby Plager prior to tonight's game.#stlblues pic.twitter.com/YnnjPsAHNv

Brayden Schenn asked Wild center Ryan Hartman to fight right after the opening faceoff, a move designed to give the Blues a lift. They were given the obligatory major penalties.

“I guess I got five for Bobby tonight," Schenn said. “It’s been obviously a tough couple of days around the Blues organization with the news and just the way he touched players.”