'More moving past it' - Bortuzzo is back after 4 game suspension

Bortuzzo will be paired with Vince Dunn against the Blackhawks tonight and playing in his 12th game.

CHICAGO — Robert Bortuzzo will be back in the lineup for the Blues when they open a two-game trip against the Chicago Blackhawks today at 7:30 p.m. (FS-MW, ESPN 101.1-FM).

Bortuzzo is eligible to return after serving a four-game suspension stemming from a cross-check on Nashville forward Viktor Arvidsson on Nov. 23.

"More moving past it," Bortuzzo said of the incident. "You never want to see someone get hurt on a play. I'm just playing hard. Unfortunate a guy got injured. Moving past it and getting ready to go."

Bortuzzo will be paired with Vince Dunn against the Blackhawks tonight and playing in his 12th game. The Blues assigned Derrick Pouliot to San Antonio of the American Hockey League on Sunday to make room.

"That's the goal. I've been skating well and practicing hard. I'll just get back in there with Dunner," Bortuzzo said. "We've done some good things together. Hopefully just kind of build off some of the games we've been playing before the break here. It's going to be a fun game to play in. It's always nice to jump into a game like that. ... Any time you're sitting out, you're just chomping at the bit to get back in there. Team's playing great hockey. We've been able to put some guys in and out. I'm just excited to be around the game, teammates and playing."

Blues coach Craig Berube opted for Bortuzzo over Carl Gunnarsson, who missed the past two games due to illness but appeared ready to go after taking part in the morning skate; he'll be a healthy scratch instead.

"He knows if you cross-check somebody like that, there's going to be some repercussions," Berube said of Bortuzzo. "It was a (knee-jerk) reaction. He plays a hard game, but he's normally not doing stuff like that. He'll play his game. I think he'll be fine." 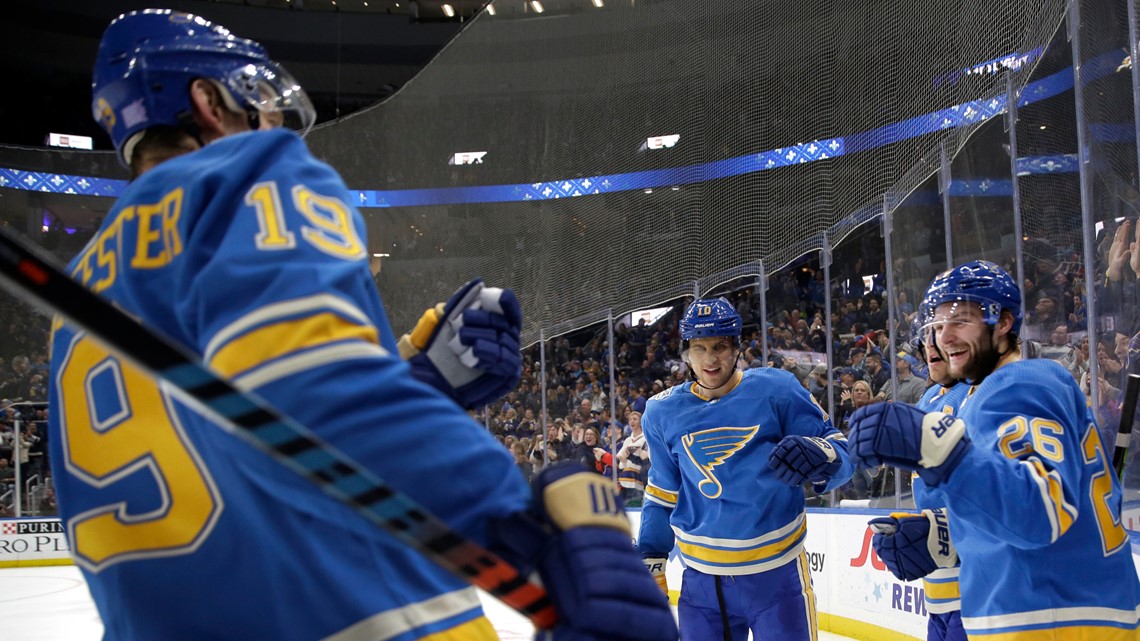 Blues face short-handed Blackhawks Monday night
ST. LOUIS - The St. Louis Blues are back on the road facing the Chicago Blackhawks on Monday for the first of four times this season. While Chicago has managed to string together some wins in the past few weeks, the organization has struggled overall.

More On The Blues