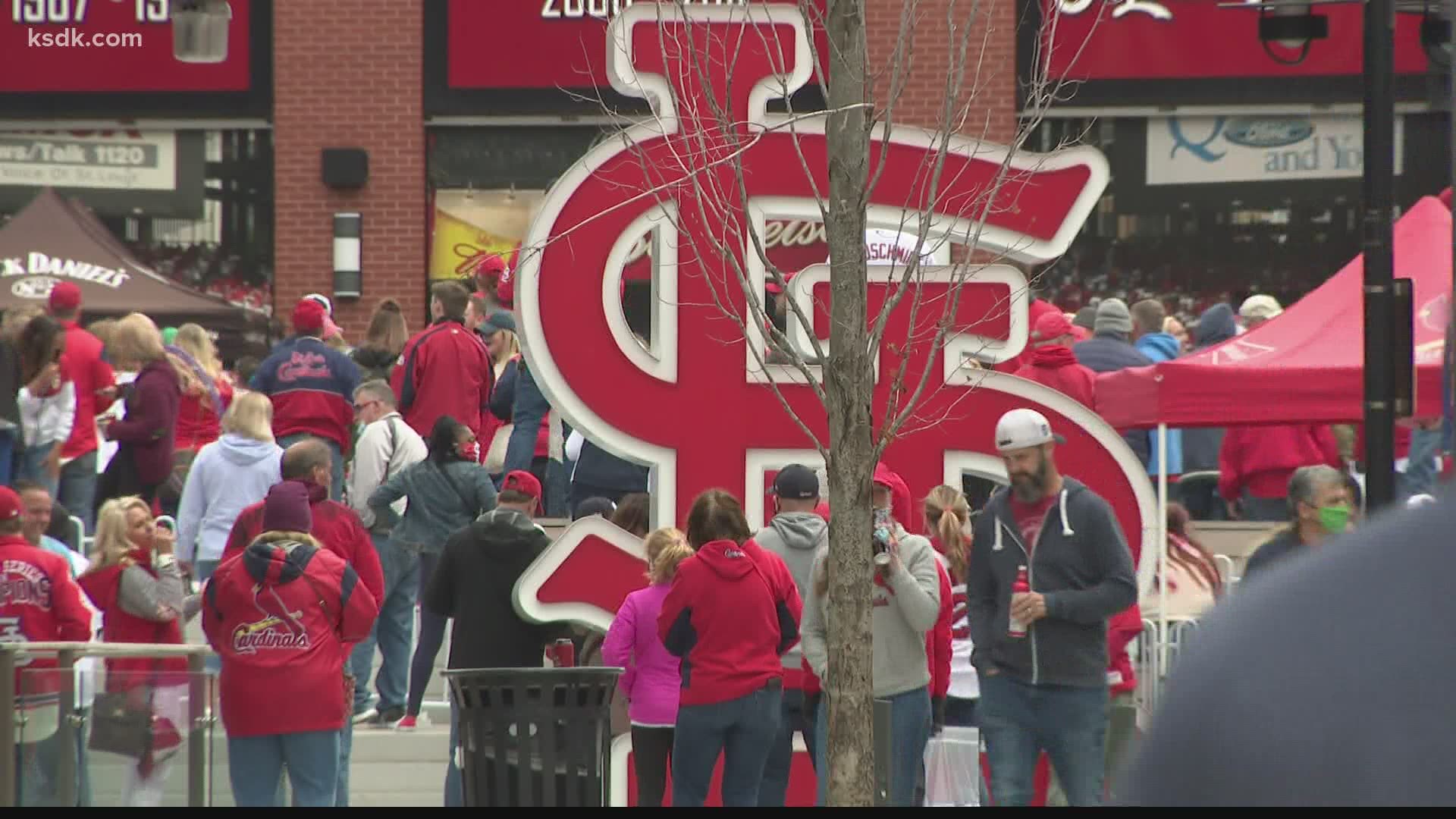 ST. LOUIS — The St. Louis Blues have been approved to increase attendance for playoff games this season.

The Blues will host 5,000 fans for Rounds 1 and 2 of the playoffs, the team confirmed to 5 On Your Side. The change is effective beginning with the first home game in Round 1. The date of that game has yet to be determined by the NHL.

The Blues started allowing fans back into Enterprise Center in February with attendance originally capped at 1,400. An increase in attendance was allowed at games because the team successfully implemented NHL safety protocols during the first few homestands of the season.

LISTEN: Sports Plus Podcast | Cardinals stay hot, Pujols-palooza sets off the internet and the Blues finally clinch a playoff spot

The Blues clinched a berth Friday night after their 4-3 overtime loss in Vegas and Colorado's 3-2 victory over Los Angeles.

The Blues will be the No. 4 seed in the West Division, facing either the Golden Knights, Minnesota Wild or Avalanche. Those three teams are separated by five points or fewer heading into the last few games of the regular season.

It's unknown when the postseason will begin, since the league needed to add makeup games to the end of the 60-game calendar due to the COVID-19 pandemic.

The Blues will play the No. 1 seed in the West in a seven-game first-round divisional series, and then face the winner of the West No. 2 vs. No. 3 seed matchup. If they were to make it out of the divisional rounds, they would then compete in a conference championship round, with the Stanley Cup Final waiting after that.

The NHL is planning for the 2021 version of the playoffs to be played in home arenas, and not a "bubble" situation like in 2020.