"I want to personally thank Jake for his dedication to the St. Louis Blues organization during his entire time as a Blue,” Doug Armstrong said 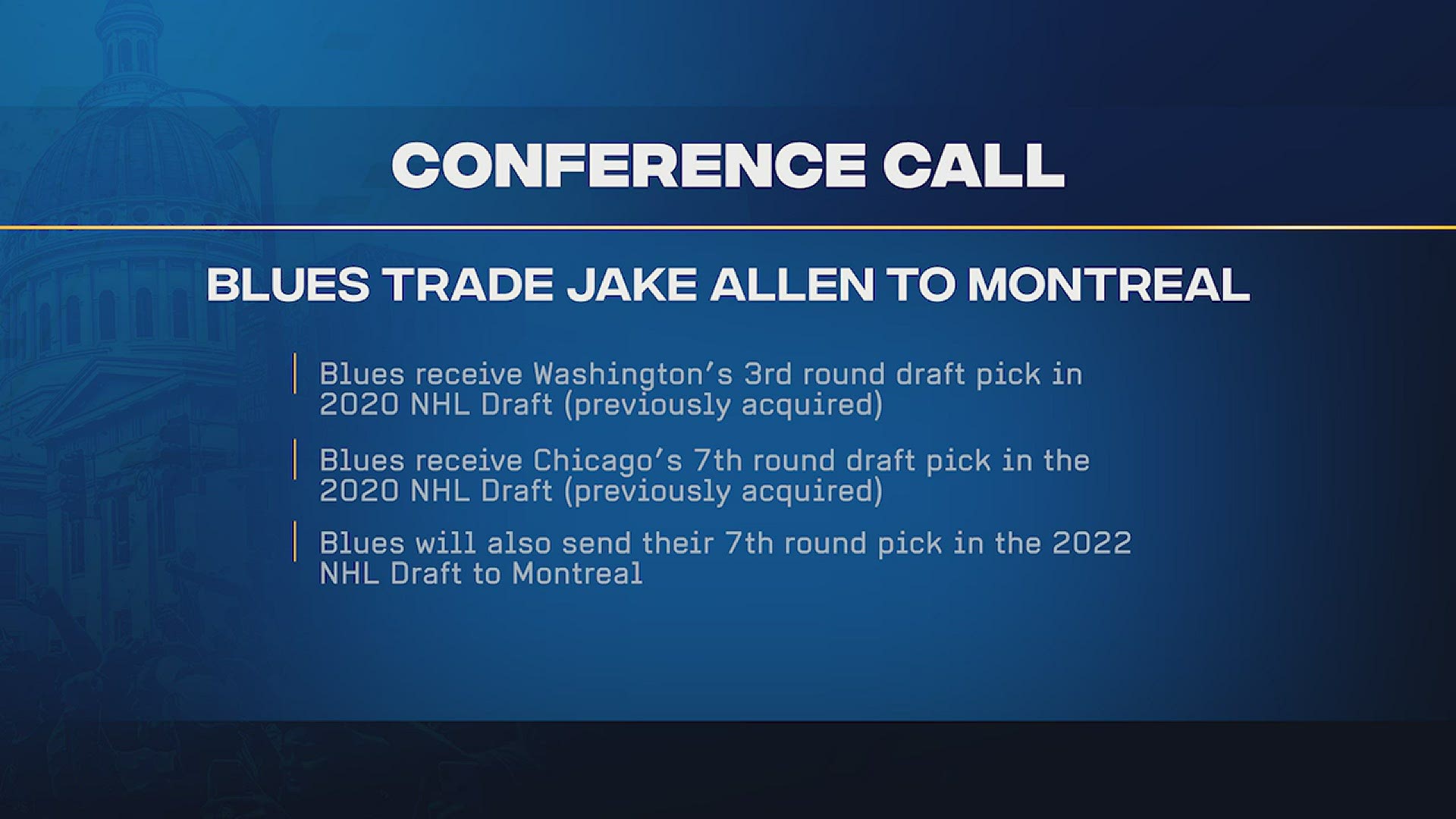 St. Louis will also send its seventh round pick in the 2022 NHL Entry Draft to Montreal.

"I want to personally thank Jake for his dedication to the St. Louis Blues organization during his entire time as a Blue,” Blues President of Hockey Operations Doug Armstrong said in the release. “He has always been a top tier professional who has done everything we have asked of him. We wish Jake and his wife Shannon nothing but the best in Montreal.”

"We climbed to the top of the mountain a year ago together and have had great success," he said Wednesday on a conference call with reporters. "Jake was there when we needed him to play and he played very well."

Armstrong explained part of the reason behind the trade was to create space for younger players.

"You have to create opportunity," he said. "We need to create space for younger players."

Besides Jordan Binnington, the Blues have Ville Husso as a goalie in the minor leagues. The 25-year-old from Finland was drafted in the fourth round in 2014. Armstrong said one of the team's goals is for him to get 25-30 starts under his pads.

"Everyone feels that he's ready for the opportunity and we need as an organization to provide an opportunity for young players," Armstrong said.

Another major motivating factor behind the trade was money. Armstrong has said his top priority in the off season is negotiating a contract to keep captain Alex Pietrangelo on the team.

Armstrong called it a "math equation" and didn't explicitly say whether another move would be necessary to free up some money to resign Pietrangelo.

RELATED: 'I expect them to be motivated' | Blues GM Doug Armstrong reflects on 2020 playoff exit, looks forward to next season

Jake Allen was drafted by St. Louis in the second round in 2008 and played his entire career with the Blues organization.

BREAKING NEWS: Jake Allen has been traded to the Montreal Canadiens. https://t.co/fj50uGGSls #stlblues