Binnington delivered under pressure again. He's not nervous. Congrats to the couple! 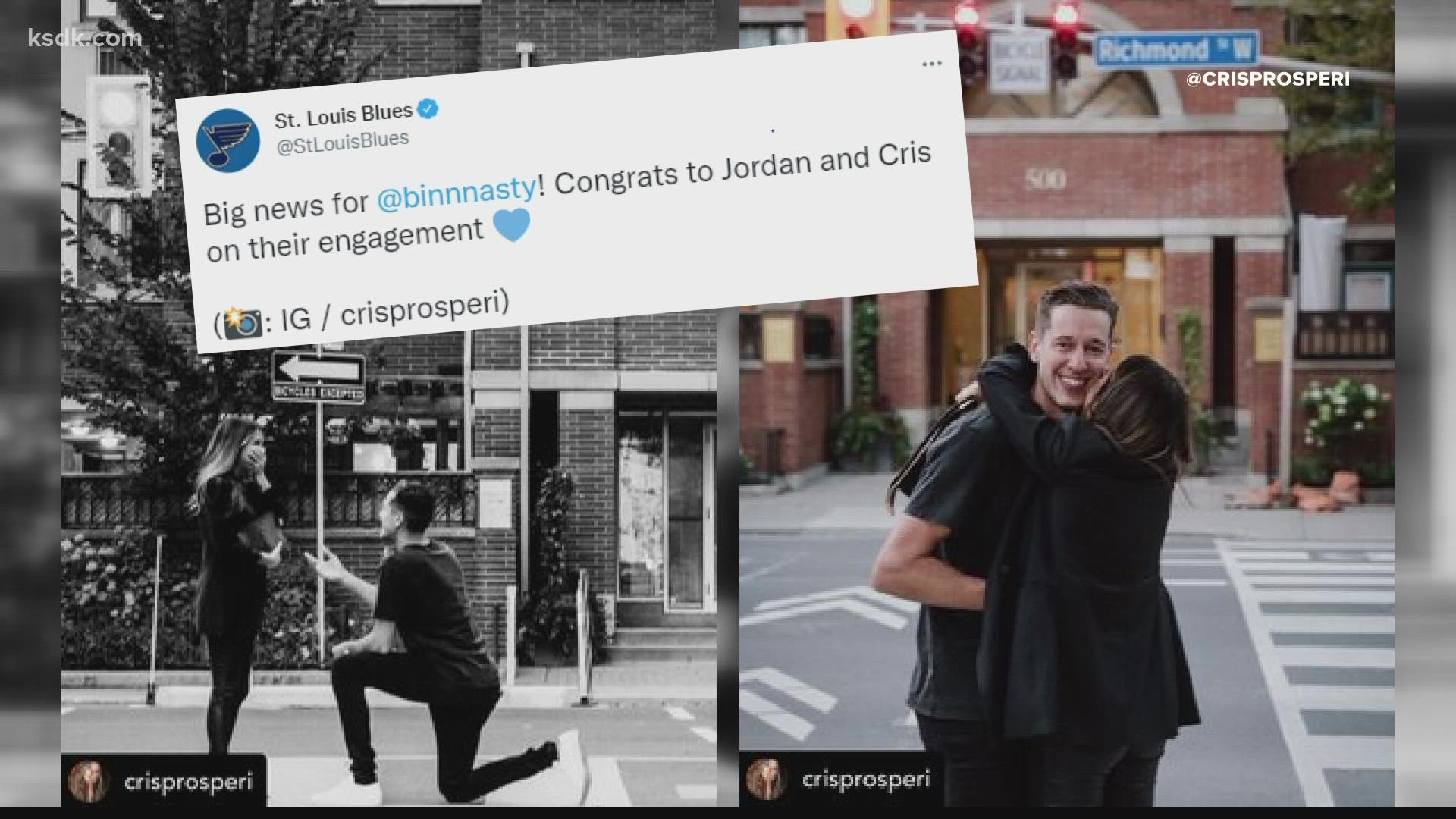 ST. LOUIS — Jordan Binnington is ready to add another ring to go with his 2019 Stanley Cup Championship one. The Blues' goaltender popped the question to his girlfriend, actress Cristine Prosperi and now the pair are engaged.

Prosperi shared pictures of the engagement on her Instagram page, with the Blues also spreading the exciting news on Twitter.

Binnington, 28, is about to enter his fourth season in St. Louis. After bursting onto the scene in 2019 to lead the Blues to their first Stanley Cup in franchise history, Binnington has gone 48-27 for the team as the starting goaltender in the two years since.

Big news for @binnnasty! Congrats to Jordan and Cris on their engagement 💙

The Richmond Hill, Ontario, Canada native signed a 6-year, $36 million contract extension in March of 2021 to stay in St. Louis for foreseeable future.

Prosperi, 28, is a native of Toronto, Ontario, Canada and has been working as an actress since 2006. She's most known for her roles in the movie "Bring it On: Worldwide #Cheersmack" and the TV series, "Degrassi: The Next Generation."